Abigail Johnson changed desks to be closer to her employees. 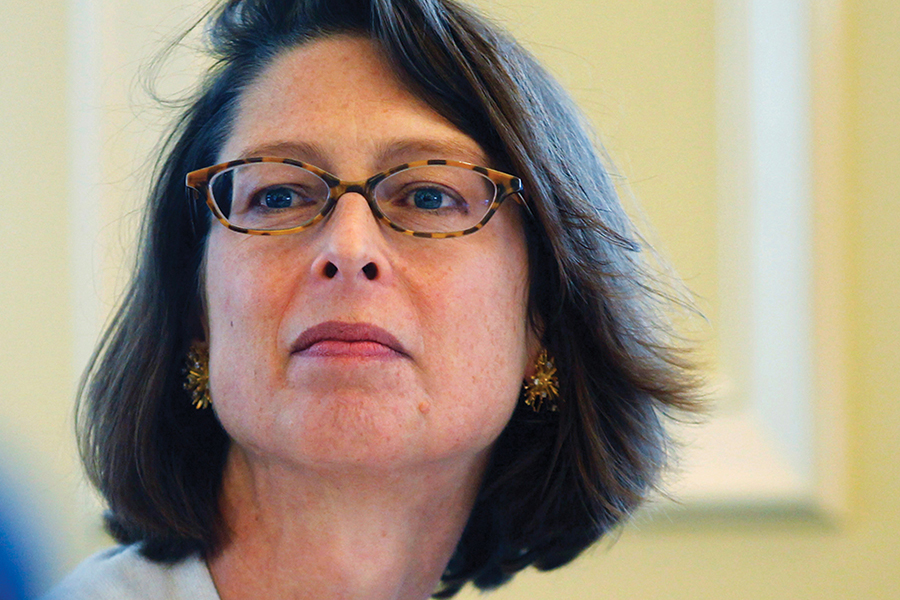 Fidelity CEO Abigail Johnson’s desk was packed. The light was turned off, and her items were gone.

No, the investment leader isn’t headed for a new gig, but rather, some new digs. The Boston Globe reports that Johnson has relocated to the 11th floor of the Boston-based office to keep a closer eye on a section of her workforce plagued by sexual harassment allegations.

The at-times toxic aspects of Fidelity’s culture have bubbled to the surface in recent months, as a pair of high-profile managers were forced out of the company in the wake of harassment claims. The fund managers, according to the Globe, work on the 11th floor, and now, so does Johnson.

Whether or not her presence will actually result in a culture shift or fewer incidents remains to be seen. Surely the CEO has a lot of responsibilities beyond playing hall monitor, but human resources experts say that the symbolism of her desk relocation could have tangible effects.

“The fact that any CEO is integrating in closer proximity with employees is helpful in promoting an approachable workplace,” Jonathan Stone, who leads the Boston-based HR consulting firm Stone Consulting Group, says. “When you have a CEO embedded within the general population, so in other words, they’re not living in their remote, isolated area, … it always makes for a better environment.”

The move indicates that Johnson, who is one of Boston’s most popular CEOs, is not backing down from her zero-tolerance policy for sexual harassment. Fidelity recently hired consultants to comb through years of allegations and data to determine if systemic hostility exists within the company, and in a September interview with Bloomberg TV, Johnson emphasized her drive to hire more women at the investment fund.

But moving to a new floor is surely not a cure-all. As evidenced by the drumbeat of sexual harassment allegations flowing from every corner of the country—including corner offices—the application of equitable and safe behavior standards will not happen overnight.

“I think it has to be an ongoing process. It’s all about communicating respectfully with everyone, and just because the light is being shone on issues presently doesn’t mean it’s something that should be forgotten as time goes by, once the spotlight isn’t on it anymore,” Stone said. “It has to be in a company’s DNA. It has to be something everyone really engages in and continuously works at.”