Stan Rosenberg Will Not Back Charlie Baker’s Reelection Bid

The Senate president said he intends to support the Democratic nominee for Massachusetts governor in 2018. 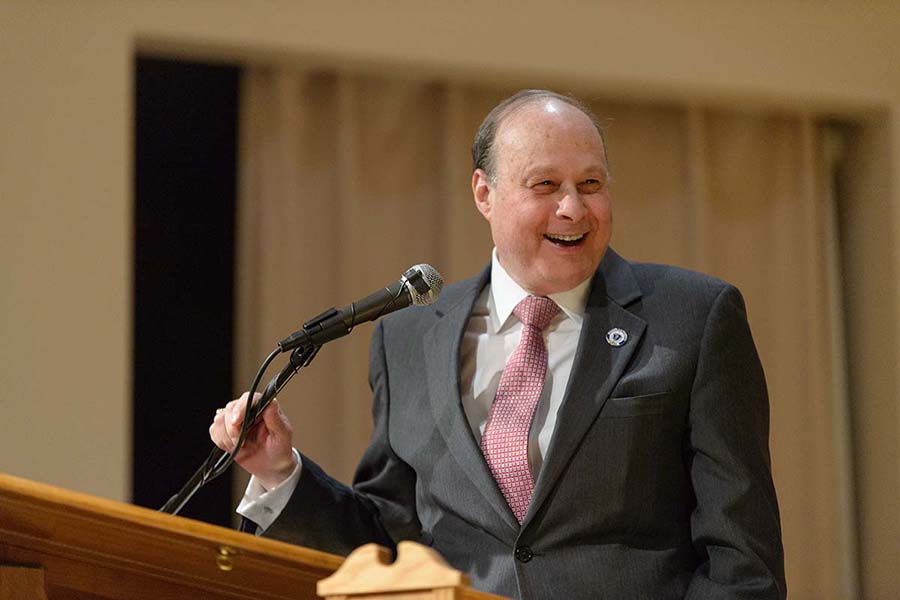 Republican Gov. Charlie Baker may be more liberal than most members of the GOP, but his bipartisan bent isn’t enough to sway state Senate President Stan Rosenberg toward supporting his bid for reelection.

Baker and Lt. Gov. Karyn Polito surprised few on Tuesday when they announced their run to keep their offices in 2018. But despite Baker’s high approval ratings and friendly relationships with members of the state legislature on both sides of the aisle, Rosenberg didn’t mince words about whom he would prefer to see lead Massachusetts’s executive branch.

“I wish [Baker] luck, I will be supporting the Democrat,” Rosenberg told reporters, according to the Boston Herald. “Everybody brings their own agenda to the table, and the governor tilts to the direction of the Republican party platform. … I can and do vote for the Democratic party platform.”

Three Democrats have announced campaigns to challenge Baker in 2018: Newton Mayor Setti Warren, former state Secretary of Administration and Finance Jay Gonzalez, and the entrepreneur Bob Massie. MassLive reports Rosenberg has not selected who of the three is his preferred choice.

Rosenberg’s announcement rings as a somewhat performative reminder that Massachusetts is, in fact, a state with more than one political party and more than one political opinion. However, Baker’s intent to keep his office isn’t exactly imperiled by the lack of formal support from the Senate president. Early polls show him strongly ahead of the challengers, and though the campaign won’t formally launch until next year, POLITICO reports that the incumbents are well funded and have already amassed nearly $10 million toward their $30 million goal. If reelected, Baker said he would focus on job growth, education, the opioid epidemic, and housing.

Rosenberg also announced his intent to keep his office and told reporters on Tuesday he planned to seek a third term as Senate president in 2018, according to MassLive.