After his hand injury scare, don't even look at him. 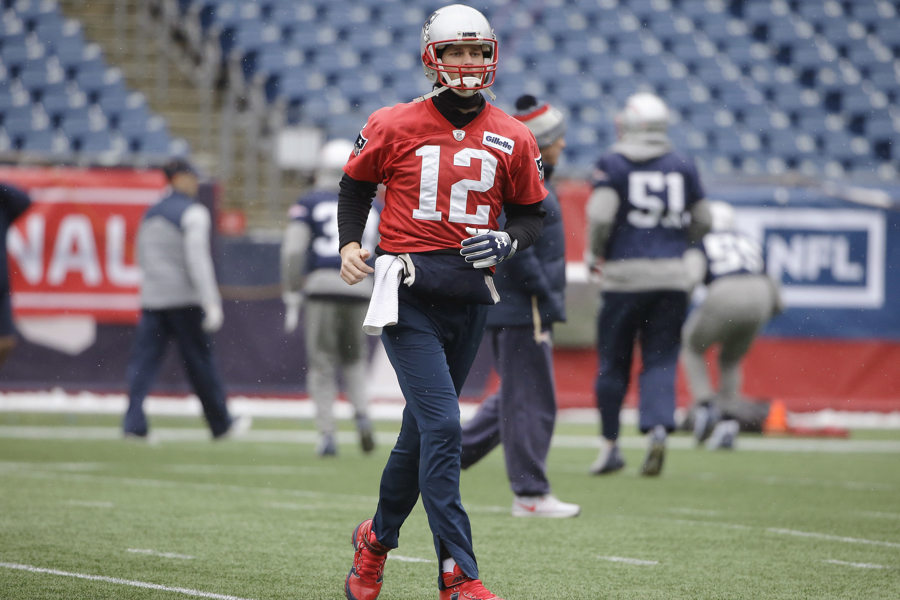 OK, for real, do not touch Tom Brady.

The Patriots quarterback is in the midst of an injury scare after some kind of weird collision with a teammate at practice that cut and may have otherwise aggravated the blessed vessel that is TB12’s throwing hand.

Fans have endured the trauma of seeing TB12 on the injury list a few times already this year. Extreme pliability aside, and whether he likes it or not, Brady is getting older. And now that we’re Garoppolo-less, we need him to be OK. But at least for now, the word according to NFL insiders is that his hand has been checked out, and he’s fine. X-rays apparently do not show “structural damage.”

Tom Brady jammed his throwing hand at practice after accidentally being run into, according to a source. X-rays showed no structural damage.

There was a rumor the team would keep him on the bench for Thursday’s practice, and photos showed him uncharacteristically wearing a glove on his right hand. Some have looked for clues about Brady’s hand in the odd shape in the glove’s thumb area.

Zoomed in on @Westipic so you don’t have to. That’s a bulky looking thumb Tom Brady’s got, no? pic.twitter.com/yIxDa7ZKY3

But keeping him away from any and all danger sounds like a pretty good idea right about now. How about we just lock him in a room full of vegetables (no strawberries, though), hook him up to an electrolyte drip, drop a protein bar in there every 15 minutes, and leave him until Sunday? Please consider it, thanks.

In the meantime, we’re staying positive. “He will play” on Sunday, a source told NFL Network’s Ian Rapoport.

#Patriots QB Tom Brady’s right hand “should be OK,” per someone close to him. Another source said simply, “He will play” after his hand was on the injury report.

To reiterate: Don’t touch him. Consider holding your breath near him if you’ve had a cold in the last year. Salt every sidewalk in Massachusetts so he can’t slip. And just to clarify one last time in case anyone was uncertain whether or not it’s OK to touch Tom Brady right now: It’s not.