Thousands Returned for the Women’s March 2018 in Cambridge

A smaller but still passionate crowd gathered on Cambridge Common to hear Maura Healey, Marc McGovern, and others speak. 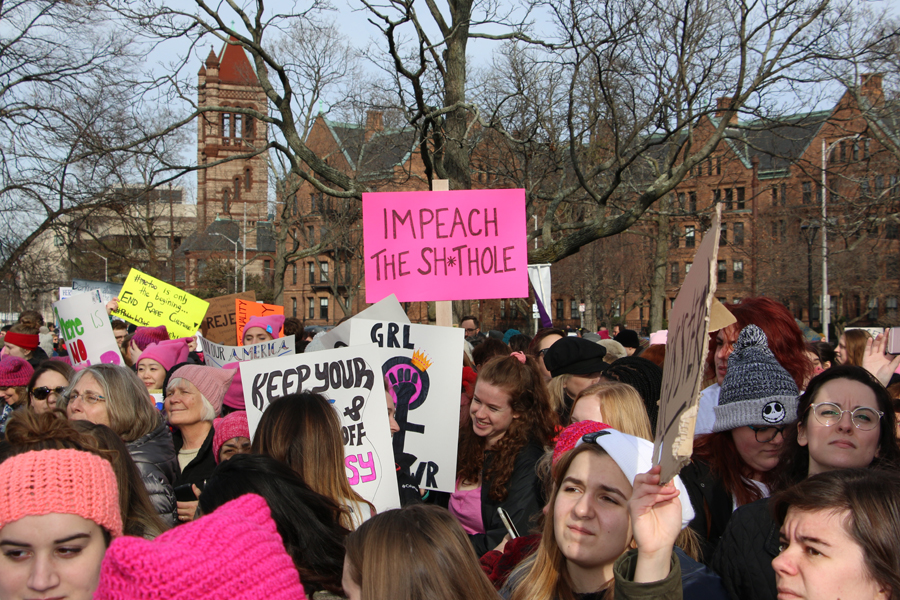 The pussy hats were there. The field of signs was there. And the calls for President Donald Trump’s impeachment were there. The 2018 Women’s March may not have matched the numbers of the one that occurred last January, but it’s safe to say that the president’s agenda continues to ignite passionate protest in Massachusetts.

Thousands of protesters gathered in the muddy, slushy confines of Cambridge Common to hear a range of speakers, including Attorney General Maura Healey, Cambridge Mayor Marc McGovern, and a long list of figures from various local social justice organizations. The crowd spilled out across the yard, with protesters gathering beyond the point where the speakers could be heard, listening to marching bands, and climbing trees to gain a better vantage point.

McGovern spoke of Cambridge’s long history of progressive activism, from its status as one of the first sanctuary cities in the country to its place in history as the first place where same sex marriages were performed. He implored the crowd to use the energy they had to “take back Congress and the White House.”

Healey referenced the various court cases her office has brought against the Trump administration for issues relating to trans rights, birth control, and the refugee bans, saying that she was in court so often because of the “illegal” and “un-American” actions taken by the administration.

She also name-checked the harassment-battling #metoo movement, saying, “We have a president who demeans and insults women.” The sentiment was a common refrain in the speeches, as well as among sign holders. Chants of “Time’s up” broke out frequently. Other speeches referenced trans rights, the rights of the incarcerated, and the issues of sexism and racism.

The event was emceed by Zayda Ortiz of Indivisible Mystic Valley, who introduced all the speakers, and read a message from Senator Elizabeth Warren, who stayed in Washington, D.C. because of the federal government shutdown.

“Wish I could be there,” Warren’s message read. She expressed her gratitude to the protesters who had showed both this year and the year prior, calling the first march “the day that women in Massachusetts and across the country became an army.” She also urged attendees to vote, to register new voters, and to consider running for office themselves.

Images of Warren, and Mitch McConnell’s famous “she persisted” comments were common throughout, as were the words of a newer feminist icon: gymnast and Needham native Aly Raisman, whose victim impact statement on Friday at a hearing sentencing disgraced U.S. Olympics doctor Larry Nassar drew widespread praise.

By 3:30, the rally had wrapped up, and Ortiz closed the day with a chant: “The people united will never be divided.”

Aly Raisman said this yesterday and it’s already made it onto protest signs. #WomensMarch2018 pic.twitter.com/bHD7KV8zyi

Some Mueller fans here in the crowd at #WomensMarch2018 Boston pic.twitter.com/vDF34T9Ytu 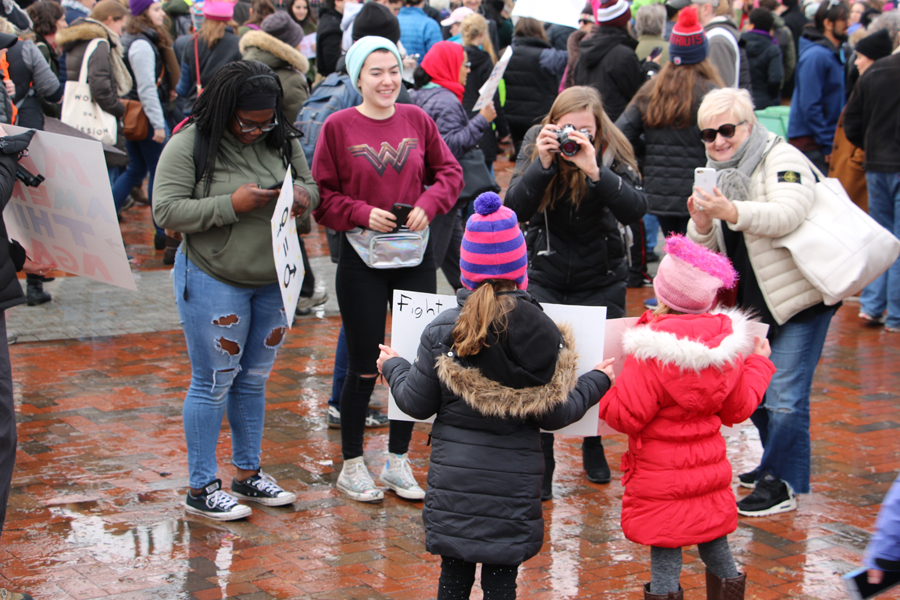 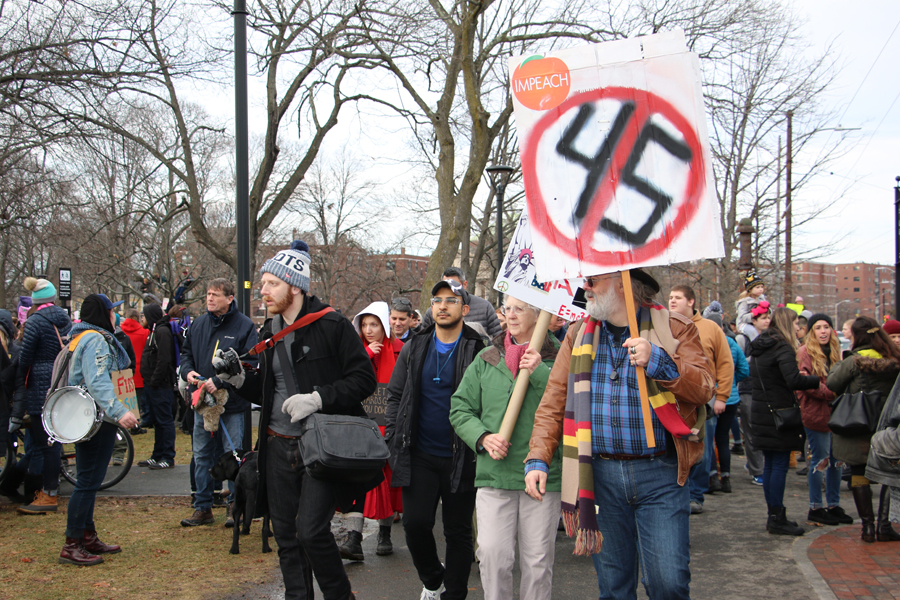 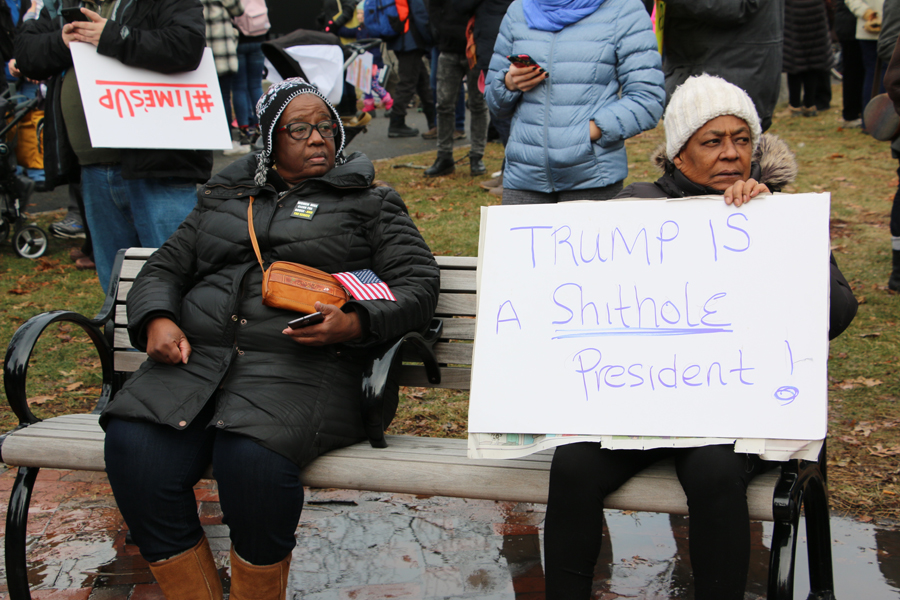 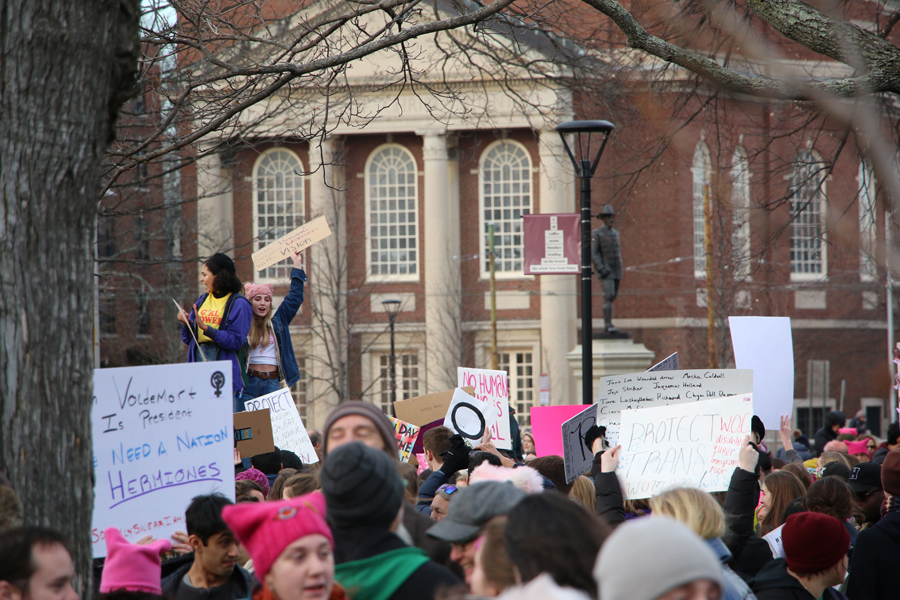 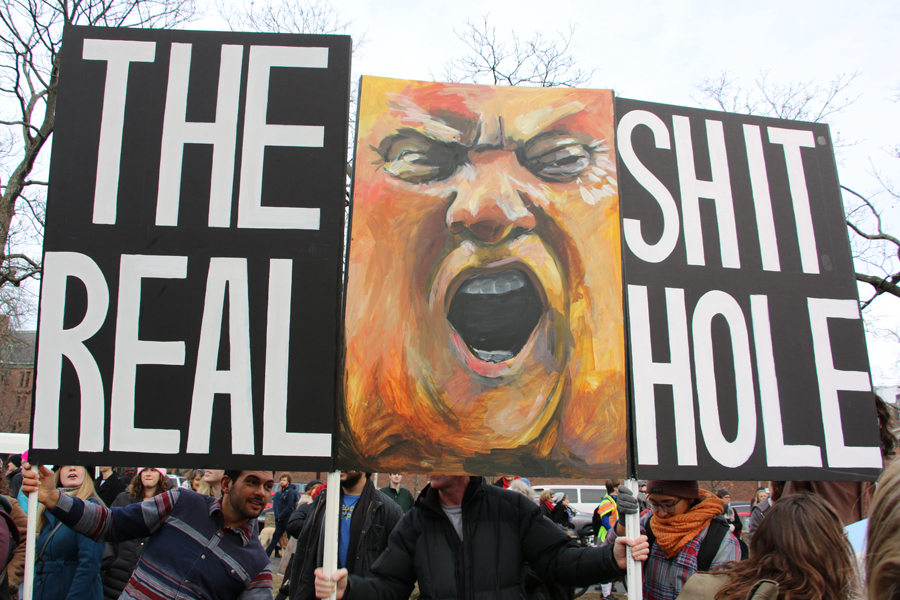