Is Tom Brady a Weird Hugger: An Investigation

The Patriots quarterback has an unusual way of embracing people. Does he just not know how they work? What's going on here? 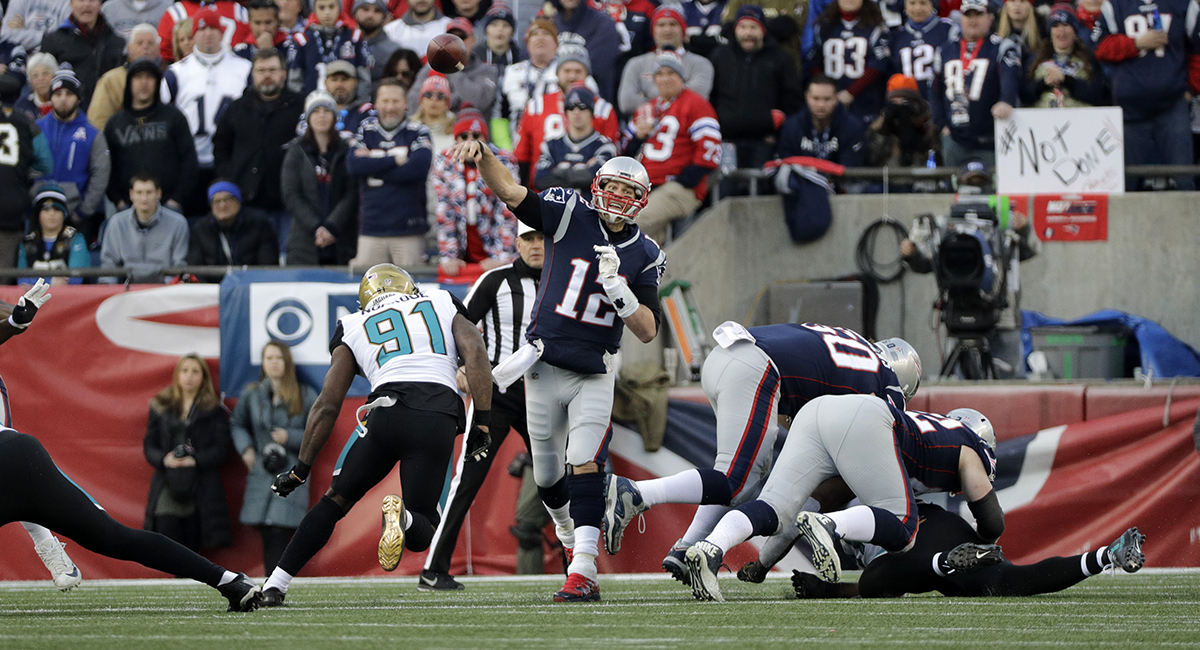 Another thrilling Tom Brady comeback this weekend! Let us all rejoice in the man’s inevitability as an instrument of doom for his opponents, and gloat just a tiny bit about everyone’s hate for the Patriots. Brady himself seems equally thrilled, posting a sweet Instagram of himself celebrating with AFC Championship hero Danny Amendola.

It’s a nice picture, but it brought to mind another photo of Brady celebrating (there are, after all, so many photos of him celebrating). Here he is embracing controversial business partner Alex Guerrero:

Notice anything weird? How about in this one, with Julian Edelman last year: 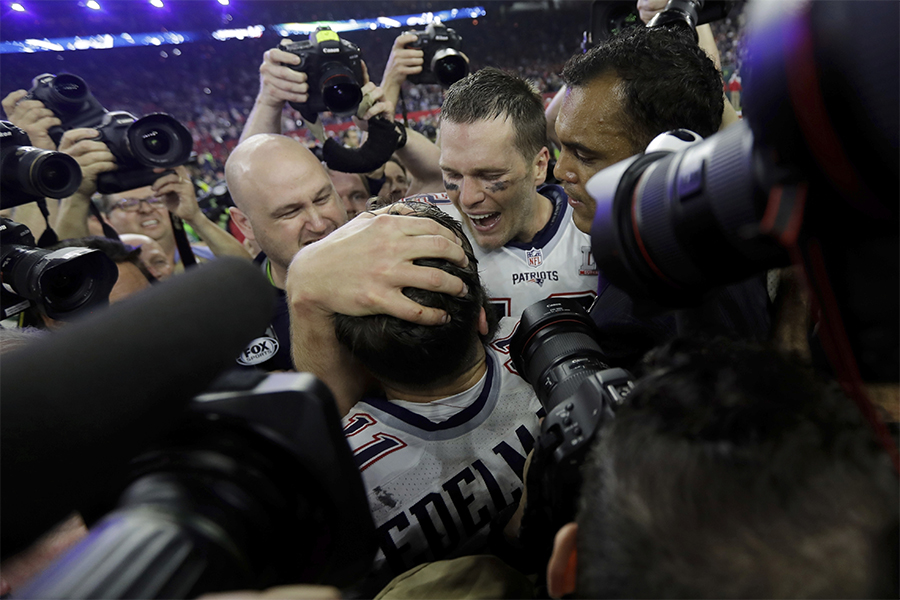 As they say, three’s a trend. Have you figured out what’s, um, different about these photos? When you hug a person, where do your hands go? Are you making contact with their back or the top of their head? Yes, this is nitpicking. But look, Tom is around hugging all the time, due to all the championship winning. Is this, much like his dietary choices, another sign of him trying to be ahead of the curve? (Tom, we are no more going to start hugging people’s heads than we are going to stop eating strawberries.) Or is this simply evidence that Tom is some sort of alien, sent here from another land, uncertain how to interact with us, but prepared to knock down NFL team after NFL team, with our sister publication’s beloved Birdmen as his next target?

Not enough evidence? How about this picture of him hugging Kevin Faulk in 2012? Or this 2015 picture of him hugging Brandon Bolden? Or with LeGarrette Blount in 2015? This story about Kenbrell Thompkins is literally about Tom Brady hugging him. At least when Randy Moss was here, there was someone else on the team who understood head hugs. Gronk isn’t quite there yet. Even Robert Kraft has gotten the Brady special.

Is this just the life of a very tall man perpetually trying to hug people shorter than him? Perhaps a subconscious effort to keep his throwing arm out of harm’s way? Maybe he’s gently touching people on the head with it because he knows, like the rest of the world, that his throwing arm is essentially magic, and he’s trying to share the love.

In conclusion: Tom, hug people however you want. Everyone else: Just deal with it. He’s Tom Brady.