Burlington-based Nordblom Co. is turning it into a hub for innovative business involving robotics, 3-D printing, and other futuristic endeavors. 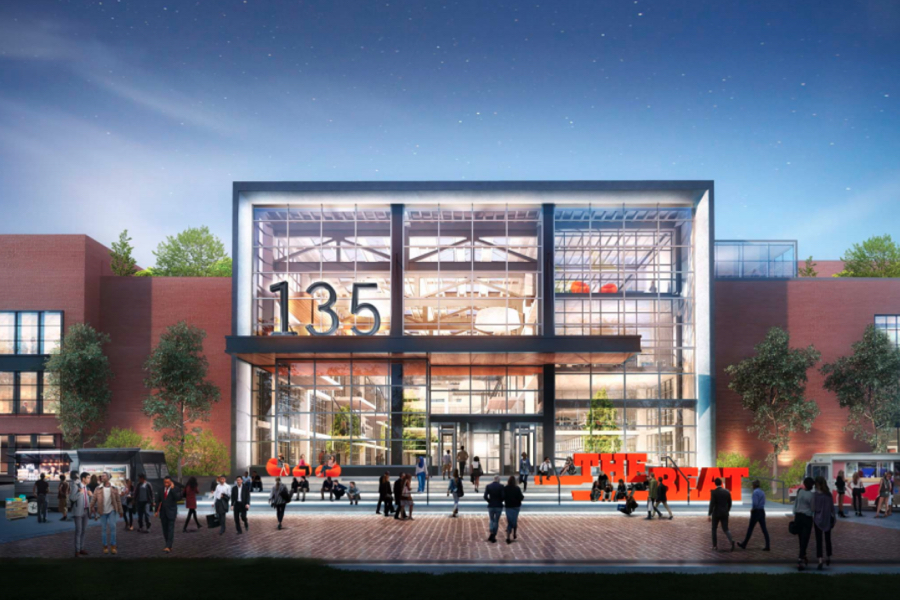 Do we really have to keep doing this? First there was the Ink Block, the name given to the expensive luxury complex at the South End site of the old Boston Herald building. And now, coming soon to another former news HQ near you: The BEAT.

The name of the project, a makeover of the now-vacant ex-home of the Boston Globe, is a nod to “beat” reporters at the paper, which decamped in June for a tower downtown. It’s also an acronym for “Boston Exchange for Accelerated Technology,” which is the vision of Burlington-based Nordblom Co., the firm that bought the property for a reported $81 million from owner John Henry last year.

Aside from the name, there were some new details in the grand unveiling. We were promised robots and beer, and that appears to be what we’ll get. Nordblom tells the Boston Business Journal that The BEAT will be a hub for robotics, 3-D printing, and other futuristic businesses. Plans filed with the city this week include keeping its bones but adding a big glass atrium and an airy, hiply decorated central gathering area, with space for offices and light manufacturing, retail, food, coffee, and a brew pub, along with landscaped areas outdoors.

Nordblom Co. wants to transform the former press room of the @BostonGlobe HQ into an open lobby space with a café, seating platforms, stairs, live transit board and funky lighting. (story coming) pic.twitter.com/DUzVkdIAAz

All of that is great. Beer is good. I have a love/hate relationship with robots and am a fan of printing things in 3 dimensions. But I can’t get that name out of my head. The BEAT? The BEAT?

It doesn’t have to be this way. There are plenty more authentic ways to recognize the past in modern construction. What ever happened to tasteful statues or commemorative plaques? Or, hey, a Globe-themed museum on the premises, or something, would be nice. I would go! Remember when Skanska found a buried shipwreck while digging the foundation for a Seaport office project? They made it into furniture. And now there are plans for an interactive outdoor exhibit about the shipping industry of old, for the public to enjoy.

They didn’t call their building The BOAT. 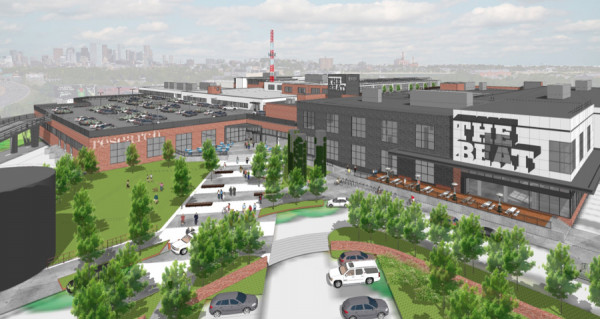