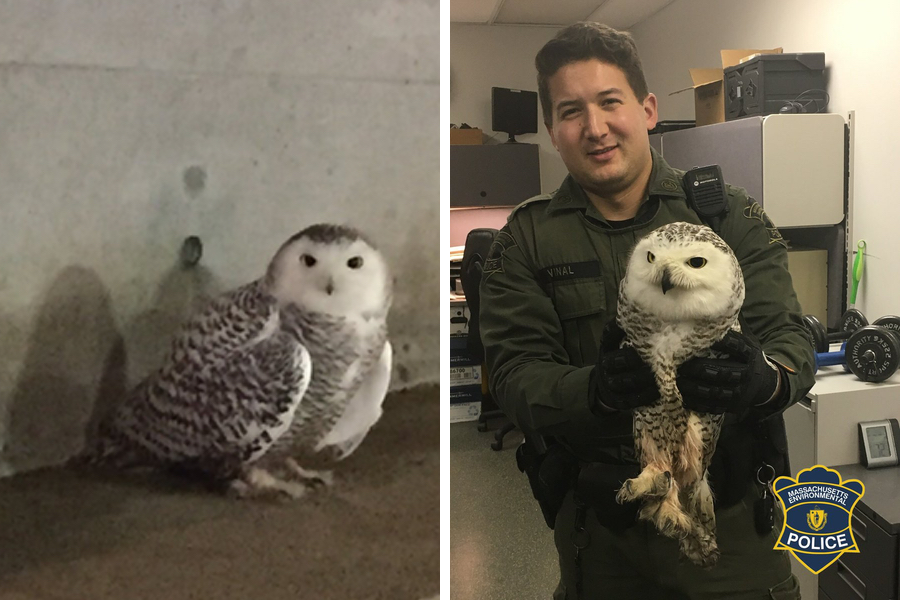 A snowy owl with a whole lot of bad luck found itself in an unusual situation on Wednesday night after it flew into Boston’s O’Neill tunnel and was reportedly struck by a passing car.

Fortunately, Massachusetts Environmental Police were able to rescue it from the tunnel and transport it to the capable hands of vets at the Tufts Wildlife Clinic. But unfortunately, the owl has died.

“Veterinarians monitored the owl and provided supportive care, but sadly it passed away a few hours after arriving,” Dr. Maureen Murray, assistant director of the clinic at the Cummings Veterinary Medical Center, said in a statement. “The Wildlife Clinic will be performing tests to determine possible underlying causes for the owl’s death.”

Murray says the owl “was very dull on admission, and was not appropriately responsive to its environment,” adding, “It also had an open wound on its foot.”

On social media last night, the police shared photos of the bird and said it received a tip from a passing driver about the animal. Police “were able to capture the owl without incident,” according to a post on Facebook, near the Government Center exit.

According to the Massachusetts Audubon Society, snowy owls are migratory Arctic birds that travel in search of food and shelter, typically appearing Massachusetts around November before heading back in April. They are known to show up at Logan Airport, where they are captured and tagged to aid in studying them. The species is not endangered.