It's going to be very hot in parts of Massachusetts on June 18. The National Weather Service issued a heat advisory for the Hub, among other communities in the Bay State. 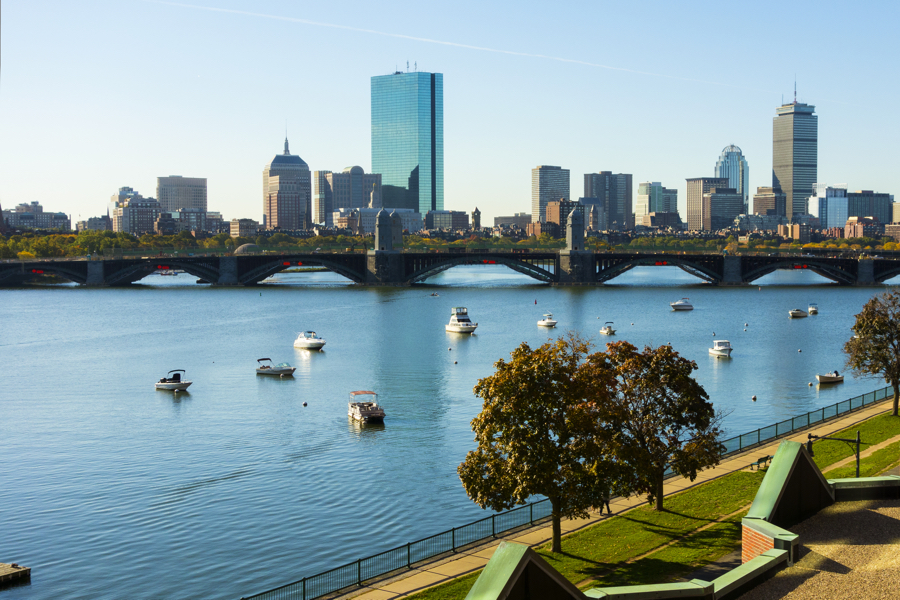 Beautiful Boston, Massachusetts, USA on a beautiful day in autumn as seen from Cambridge.

Like a Joe Kelly fastball, Monday’s going to bring the heat in Boston.

It could feel like triple-digits in the Hub today, where the high temperature is a sweltering 97 degrees and the maximum heat index is a staggering 101 degrees. In short, as the meteorologists over at the National Weather Service wrote on Twitter, “It’s gonna be a scorcha!”

[Today] It’s gonna be a scorcha! Hot & humid, our first taste of excessive heat as heat indices will range from 95-103°F; HEAT ADVISORIES posted, expanded to include the city of Boston & surrounding metro-area, as well as the mid CT River Valley pic.twitter.com/1ArVSrucgB

Boston, along with parts of eastern and central Massachusetts, is under a heat advisory from 1 p.m. to 6 p.m. Monday, as the area gets its “first taste of excessive heat” of the season, according to the meteorologists. There’s a chance that today’s temperatures could be record-setting in several spots around the state, including in Boston. On June 18, 1993, the mercury rose to 92 degrees in the Hub, but the 25-year mark could soon be wiped out.

The extreme heat and humidity may give way to severe, isolated thunderstorms on Monday afternoon and into the evening, particularly in central Massachusetts. The system could bring “cloud to ground lightning, strong to damaging winds, and/or excessive rainfall” to the area, along with minor flooding, the meteorologists wrote on Twitter.

Extreme heat can lead to illness and death, according to the National Weather Service, which recommends anyone who has to spend time outside on Monday does so with caution. If you must work outdoors, the meteorologists advise taking frequent breaks to cool down in the shade or an air-conditioned environment. Staying hydrated, of course, is paramount when it’s this hot out, as is making sure children, adults, and pets are not left inside parked vehicles.

Luckily, there is a silver lining to this blistering heat: You have no excuse not to snag a scoop of ice cream.