Stop thinking about the Olympics and IndyCar disasters and embrace Boston's potential as a host city. 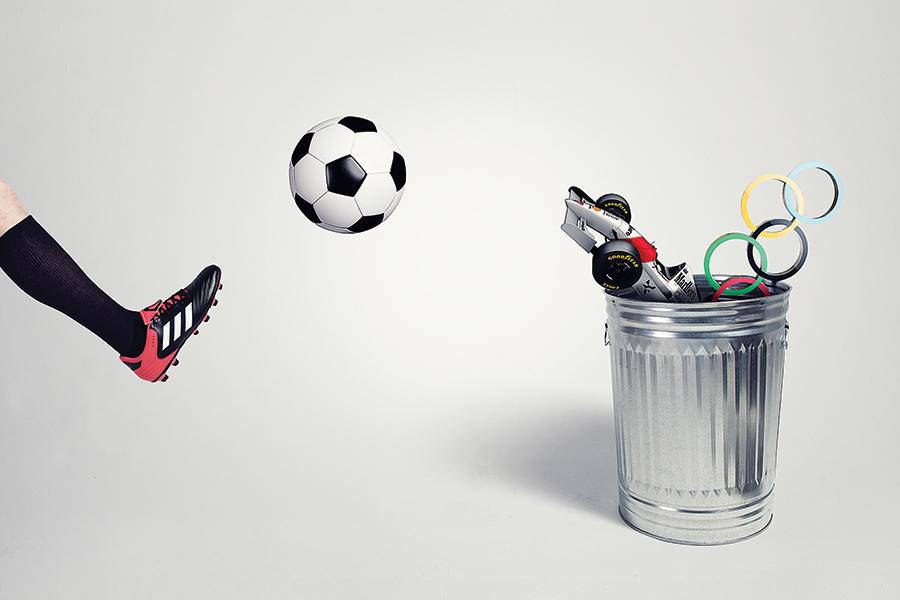 I’d barely had time to process the news that Boston might host 2026 World Cup games when the bellyaching began. Like thunder after lightning, people seemed to be grumbling into their drinks, recalling the hair-raising affair that was the Olympics 2024 bid and the IndyCar fiasco. The Globe registered its opposition when an op-ed writer and admitted soccer fan proclaimed that his “excitement doesn’t extend to the prospect of Boston being a host city.” The mere suggestion of hosting a compelling and prestigious event like the World Cup, not to mention the short-term economic injection, elicited such a rapid, shuddering “no!” that it made me think we need to take a pause and ask: When will Boston shake off its Olympics-size case of PTSD and remember how to say yes?

Look, I get it. I really do. We’ve been through a lot over the past couple of years. We’ve learned what a Velodrome is, imagined racecars speeding down D Street at up to 180 miles per hour, and been slapped with the sobering reality of staggering cost overruns. From the Big Dig all the way to the Olympics, Bostonians are scarred by a history of broken promises from officials who either lied or had little idea what they were doing. But the World Cup offers us the perfect opportunity to embrace the global stage and show that Boston is not where adventurous ideas go to die. The key is to stay focused on what the event is, and who’s behind it.

For starters, we’ve been down the World Cup road before, hosting a half-dozen matches in 1994. (In case you forgot, we survived and—gasp!—even had a little fun.) The games triggered a surge in soccer fandom throughout the region, ultimately spawning our pro team, the New England Revolution. Because the players will kick the ball around inside a stadium that already exists (Gillette in Foxboro), there’s no need to spend a bajillion bucks building arenas or race tracks. Sure, traffic will be tight on Route 1, but no more so than for a Patriots game.

And think of the pluses: Visitors will go to games in Foxboro, but they’ll land at Logan, stay in Boston hotels, and—most important—generate $90 to $480 million in net benefits after accounting for public costs, estimates the Boston Consulting Group and the united bid committee that’s bringing the 2026 tournament to the United States, Mexico, and Canada.

The real boon, though, is that hosting World Cup games will raise our already considerable profile and pump excitement into the air. As a town that has no happy hour or late-night T service and is always scrambling to keep young, talented minds from fleeing, we can use all the energy and entertainment we can get.

If that doesn’t comfort traumatized Bostonians, the person pulling the strings on the whole operation should. Because trusting in the 2026 World Cup really means trusting in Robert Kraft, who turned the Patriots into the pride of New England and somehow made Patriot Place a reason to visit Foxboro after football season ends. And he’s giving a guarantee we never had during the Olympic dustup: Kraft’s nonprofit, Boston Soccer 2026, will protect taxpayers from paying for the games by handling the costs of marketing and any adjustments to the stadium, which often come from public coffers. Yes, FIFA ranks right up there with the IOC when it comes to corruption and selfishness, but having Kraft involved provides a layer of insulation that could be reassuring.

Bostonians dream big, but we also dream smart. That’s why so many of us applied a critical eye to the Olympics and the IndyCar race, but we shouldn’t be afraid to embrace the spotlight and showcase our magnificent city to the world. We are arguably the best sports town in America, which alone should be reason enough to support the World Cup, but we also do great things in Boston every day, and we should stop pretending we’re not the leaders we are. It’s time to get up on the world stage, show a little swagger, and be the fun city at the party—the one that says yes.