On to the World Series! 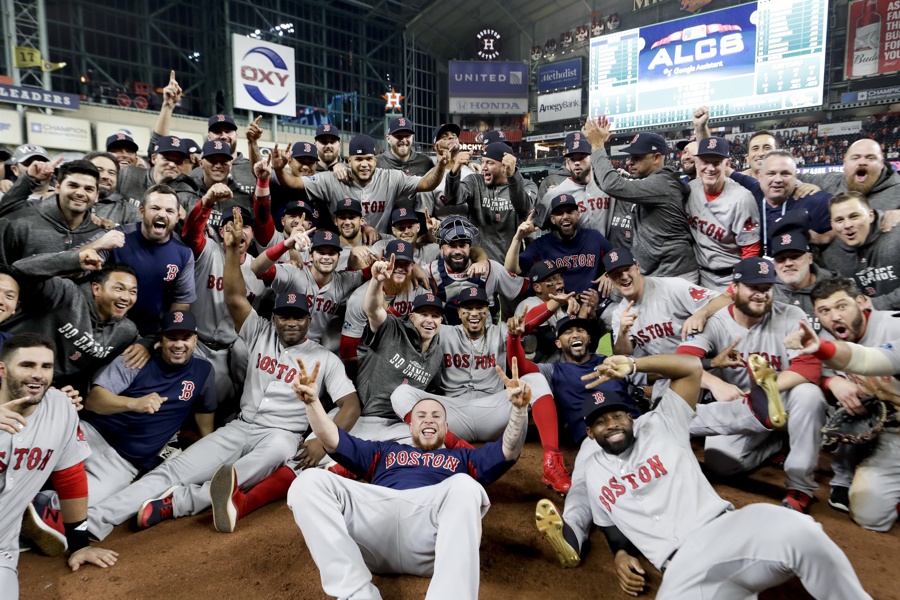 Good morning. The sun is shining. A crisp, cool chill is in the air. And the Red Sox are going to the World Series.

After beating the Astros 4-1 in Game 5, the Boston locked down the ALCS last night in Houston. And it sure does feel good.

How we all feel right now.

It was an especially big night for David Price, whose performance has given critics a lot to think about.

For his part, Price has his eyes on the future: “Now we have another series to win,” he said.

Very cool moment out here in the hallway. #RedSox starter and winner @DAVIDprice24 with his baby boy and loved ones. pic.twitter.com/SPXKfQqZxV

I mean, who could ask for a better birthday present for manager Alex Cora?

Hey @ac13alex, we hope you like your birthday present! 🎂 pic.twitter.com/pwiyAXOx27

If you get the chance, make sure you take a stroll past Fenway today. We hear they’ve got some new decor.

Even Justin Timberlake is feeling it, getting a chant going during his stop at the Garden.

Justin Timberlake took a moment during his Boston show on Thursday night to start a Let’s Go Red Sox chant.

Some of the credit, of course, goes to Concord native Steve Carell, who’s in town promoting his new movie.

Guys, Steve Carell is in Boston tonight and he might be why the Red Sox are winning. pic.twitter.com/sUUWe8rgKj

The #RedSox are in the #WorldSeries! Great opportunity to thank VP of Ballpark Operations Peter Nesbit for serving on our Large Venue Security Task Force charged with analyzing ways to augment safety and preparedness at large venues like #FenwayPark. https://t.co/f5pkZcnpOn

And to Sox fans everywhere, start spreading the news:

Hey JBJ, where are you going? pic.twitter.com/b4tO0J7eLh

On to the #WorldSeries! Congratulations @redsox! #DoDamage

To everybody enjoying the @RedSox huge victory, please celebrate responsibly safe and get home safely. To our 2018 @RedSox, “Congratulations on beating a tough @astros team en route to your 4th #WorldSeries in 15 years!!!” Way to make our city proud. #LetsGoRedSox!!! pic.twitter.com/ro9EKS5Bp3