The Boston Police head criticized the group after it filed a lawsuit over the city's gang database. 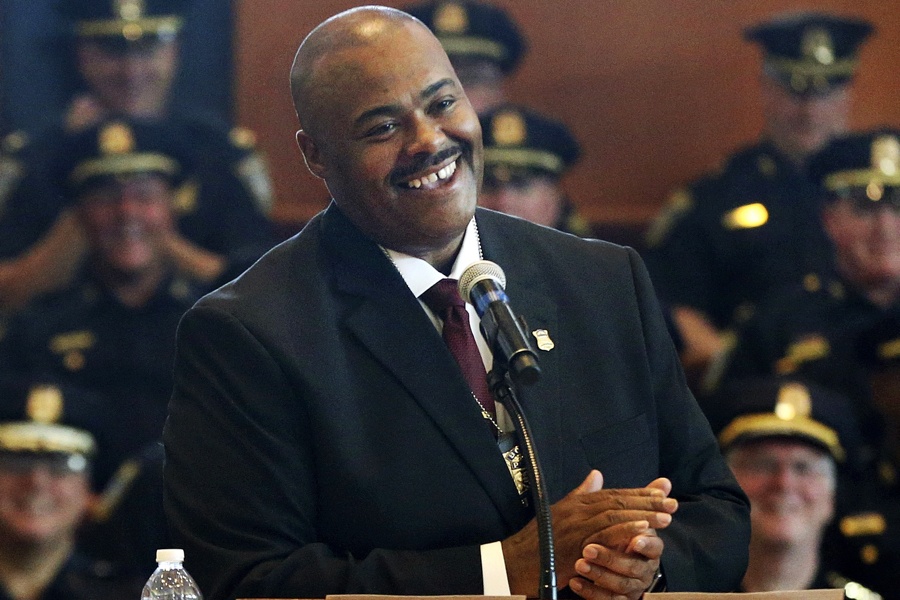 If you spend time online, there are near-daily reminders of a rule that at this point should be taught in schools: Never post. And, in particular, never post mad.

A fired-up BPD Commissioner William Gross is learning that lesson after a Facebook rant targeting the ACLU traveled far and wide this weekend. The post in question appeared on Gross’ private Facebook page on Saturday, where he vented about a lawsuit the group filed against his department, calling the civil rights group opportunistic and not supportive enough of police.

“No ACLU present when we have to explain to a mother that her son or daughter was horribly murdered by gang violence,” he wrote, according to the Herald. “No ACLU when officers are shot. No ACLU when we help citizens.”

He also pointed out that he has personally traveled to El Salvador as part of his efforts to understand the MS-13 gang, which has a presence in Boston. He called the ACLU “paper warriors,” and accused them of “always hiding and waiting for a slow news day to justify their existence.”

The ACLU has alleged that undocumented people in Boston—often teenagers—can end up on the city’s database of gang members based on flimsy evidence, and that being placed on that list is a tip-off to ICE that can lead to deportation. It’s suing to force the department to disclose more info about the process, which the group says the department has so far refused to do.

After the Herald broadcast Gross’ post to a wider audience, the ACLU responded. In a statement to the Boston Globe, Executive Director Carol Rose accused Gross of trying “to divert attention from the serious issues raised by an ACLU lawsuit.”

“In order to make Boston a safe city for all its residents,” Rose continued, “we must meaningfully address discriminatory policing, and confront the role the gang database plays in the lives of young Black and Latinx people in our city.”

It appears Gross is uncomfortable with all the attention his post has gotten and wishes that his comments as the head of a major police department in the midst of a legal battle could be kept hush-hush. “I hope I have the CONSTITUTIONAL RIGHT to comment on my private FB page where you have to be invited into as friends only,” he wrote in a follow-up.

Sometimes transparency is a pain.