Ochocinco Watched His Neighbor Roger Stone Get Arrested by the FBI

"Crazy ... start to my Friday," the former Patriot says. 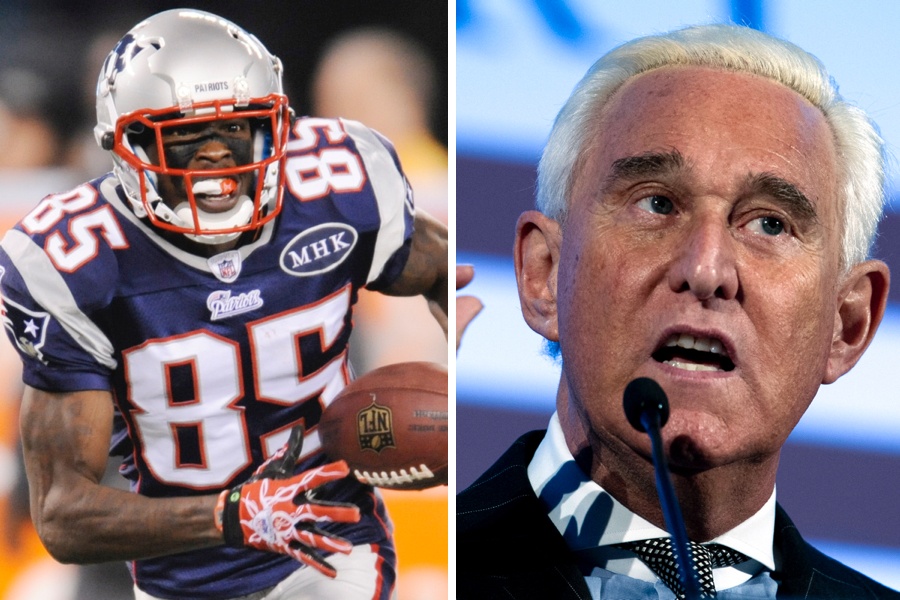 How was your Friday morning?

Chad “Ochocinco” Johnson’s was one he will likely never forget. The former Patriot Chad Johnson says on Twitter that he witnessed the high-profile FBI arrest of Roger Stone, who is a longtime ally of Donald Trump and, apparently, is Ochocinco’s neighbor.

“FBI arrested my neighbor Roger before my morning jog,” he wrote at about 8:31 a.m. “I’ve only seen shit like that in movies, crazy to start to my Friday [sic].”

FBI arrested my neighbor Roger before my morning jog, I’ve only seen shit like that in movies, crazy to start to my Friday

Before he retired, the 41-year-old star played for the Patriots for less than a year beginning in 2011, when New England acquired him from the Cincinnati Bengals, and he went on to play with the Pats in the Super Bowl in 2012. He has since become one of the most prominent athletes on social media, boasting more than 3.3 million followers on Twitter.

Somewhere along the line he ended up living near Stone, the infamous political figure, in Ft. Lauderdale (he has shared photos of his luxe Floridian pad on social media). Stone faces seven counts related to WikiLeaks’ release of Democrats’ emails during the 2016 election, including for obstruction of justice, witness tampering, and making false statements.

It wasn’t exactly clear what Ochocinco saw of the early morning raid at Stone’s home , which the rest of us caught a glimpse of via CNN footage, with his own eyes. But at the very least we now know that two very unlikely paths have crossed at a pivotal moment in Trump Era history. What a world.

CNN Exclusive Video: Longtime Donald Trump associate Roger Stone has been indicted by a grand jury on charges brought by special counsel Robert Mueller. He was arrested by the FBI Friday morning at his home in Florida, his lawyer tells CNN. https://t.co/vDRIgDfXdi pic.twitter.com/wKHdEku22e