The Commuter Rail (Mostly) Triumphed over the Snow Storm

But one train stood for an hour without heat. 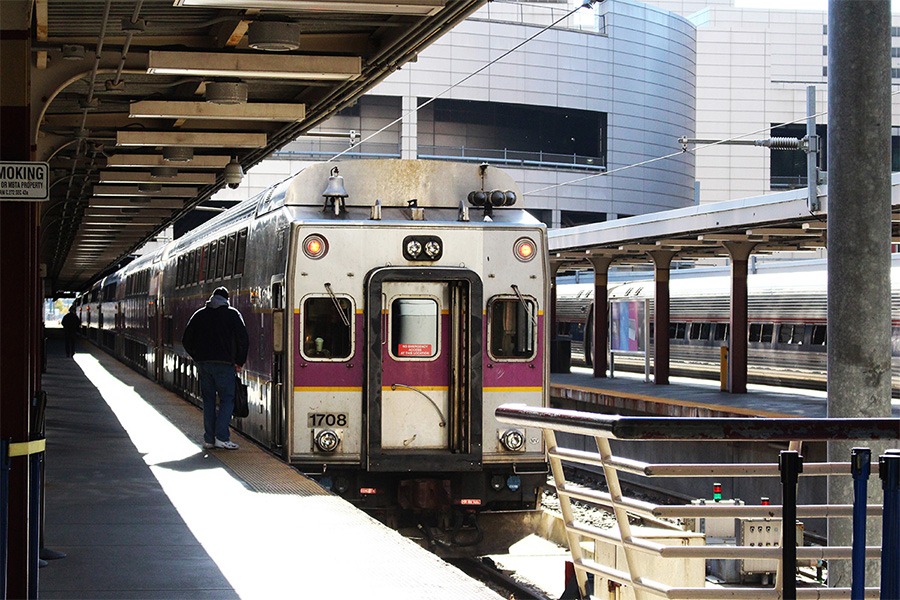 As people pressed their noses to office windows yesterday afternoon, watching the snow come down thick and fast, the familiar dread of a horrible commute home set in. There’s nothing quite like thousands of cold, wet commuters cramming onto a train that’s already behind schedule to end the day on a high note.

The @mbta and @MBTA_CR are running normal schedule. @KeolisBoston says throughout the day, commuter rail lines were running 90% on time within 10 minutes. pic.twitter.com/qV3MtPsKs3

Not all trains were so lucky. The Greenbush, Kingston/Plymouth, and Middleborough lines were held up by a disabled train at Quincy Center. Middleborough was hit the hardest, with delays up to 90 minutes, while the other lines waited for a mere 50. After all, if it wasn’t delayed, it wouldn’t be the MBTA.

@MassGovernor please help the commuter rail. We are stuck on the Kingston line and have been stuck for 40 minutes, Middelboro and Greenbush also stuck for over an hour due to a broken down train AGAIN. There is NO reliable way to get into the city #fixthecommuterrail #southshore

A rider on the Bridgewater line told Boston 25 News that her train was held up for an hour at JFK with no power. That means no heat, no functioning bathrooms, and no moving. A spokesperson on behalf of the commuter rail reported that the train wasn’t stopped because of the storm, but because of a plain old mechanical issue.

In Boston itself, the T operated on a normal schedule all day, mostly without any major problems. In fact, the heavy snow served as an excuse to make the T look a little more hardcore, as switch heaters set the tracks on fire to melt the ice.

We’ve activated our 400 switch heaters which melt the snow and ice that get stuck at these critical points in the infrastructure. pic.twitter.com/gLm68yM5Tg

No trains were burnt in the making of this video.