State Street Is Suing the Woman who Sculpted the “Fearless Girl”

The Boston firm is reportedly taking her to court for selling copies of the statue. 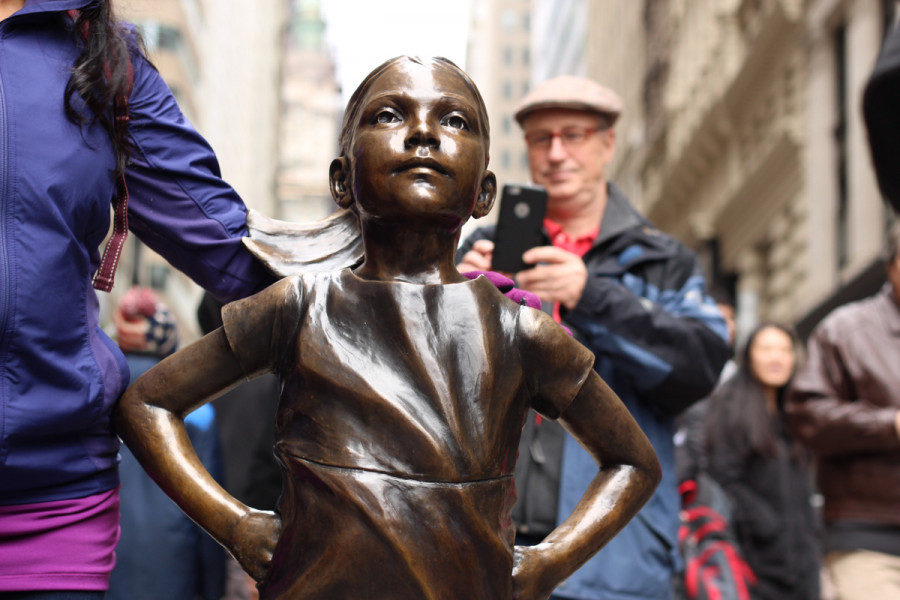 The long and complicated story of the world-famous “Fearless Girl” statue has just gotten longer and more complicated, and now there’s a new lawsuit involved.

State Street, the Boston firm that infamously commissioned the statue as a symbol of women’s empowerment on Wall Street, is now reportedly suing the sculptor, Delaware’s Kristen Visbal, after she sold unauthorized copies of the figure. According to Law360 and the Boston Business Journal, State Street Corp filed a lawsuit on February 14 alleging that Visbal breached her contract when she sold three copies of her sculpture to clients in Australia and Norway, and brought a version of it to a Women’s March rally in Los Angeles. It argues via a law firm that her contract did not permit her to sell any additional Fearless Girl statues and that doing so dilutes the value of the original.

The Fearless Girl saga dates back to early 2017, when, on International Women’s Day, the company erected the bronze likeness of a young girl standing defiant while staring down the iconic Wall Street bull. Meant to attract attention to its efforts to promote women in finance, the statue became an overnight sensation as photos and selfies involving the statue abounded online, and city leaders heeded calls to let it stay put. It was also evidently very good for business.

Things got complicated shortly thereafter, as Arturo Di Modica, the sculptor behind Wall Street’s Charging Bull, publicly complained that the statue was infringing on his copyright. The statue was also targeted by another rogue sculptor, who erected a statue of a dog urinating on the girl’s leg, which he called “Pissing Pug.”

State Street also faced criticism and allegations of hypocrisy after it was ordered to pay a $5 million settlement for underpaying female and black executives.

In December, the real “Fearless Girl” was moved permanently to a location in front of the New York Stock Exchange.