What’s the Most Dangerous Insect in New England?

Spoiler alert: It's the ones that carry Lyme disease. 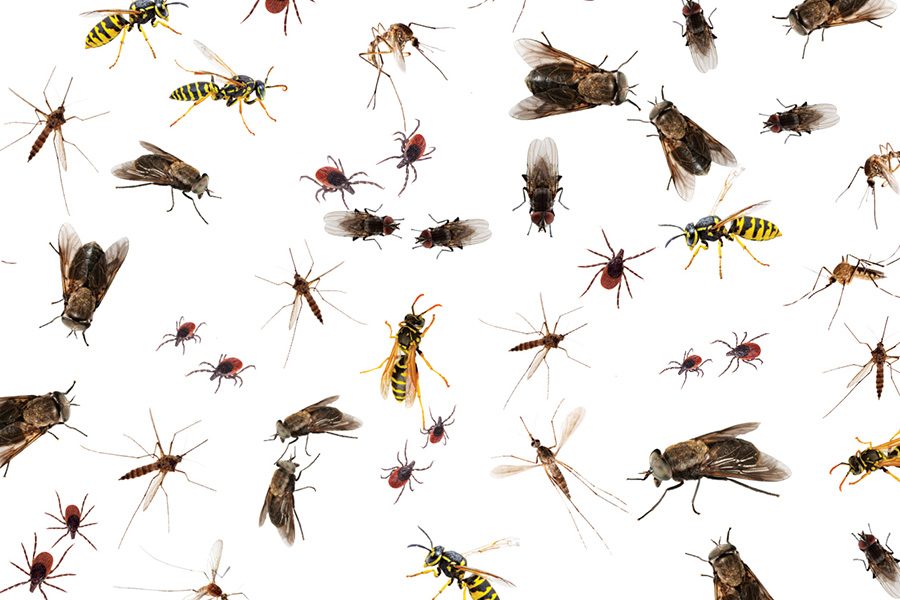 I moved here recently from the West Coast, so I’m not used to New England summers. Now that bug-bite season is upon us, what’s the most pernicious pest I have to watch out for? —A.K., Allston

Welcome to God’s own summer paradise, A.K., where the lakes and oceans glisten with the purest sunlight you’ll ever see, where the trails and beaches welcome many a hike and lounge chair—and where we have some pretty nasty bugs.

Let’s start with the three that seem more pernicious—great word, by the way!—than they really are. Northern New Englanders grumble about the black fly, and for good reason. Emerging in swarms in late spring through early summer, their bites are unnoticeable until blood is running down your face. While you may read that the black fly has been known to spread river blindness, that happens on other continents—the gnats are actually a harmless nuisance here. Meanwhile, North and South Shore beachgoers certainly dread greenheads, otherwise known as horseflies. Their painful chomp doesn’t spread disease either, even though it may trigger an allergic reaction. The critical threat of allergies also applies to those aggressive yellow jackets hovering around your juicy slice of watermelon.

Of more concern is the not-so-humble mosquito. On a global scale, it’s easily the most dangerous type of insect, spreading malaria, dengue, Zika, and yellow fever. But here, despite concern over the dangerous West Nile virus and Eastern equine encephalitis, the odds of contracting a disease are still low, with a few dozen West Nile cases in Massachusetts in 2018 and only 11 EEE cases from 2008 to 2017.

Compare that to the 38,000-plus reported cases of Lyme disease in the Bay State from 2008 to 2016 caused by the lowly deer tick (the unreported cases may be multiple times higher). These critters are silent, hard to spot, and increasingly prevalent any time you take a hike or dig deep in your garden. Even worse, they’re harder to repel, forcing you to wear socks over long pants in the woods as you douse yourself in DEET. Mosquitoes, on the other hand, can be largely warded off with citronella candles, smoke from a fire pit, or a stiff breeze from a fan.

So there you have it, the deer tick wins the dubious honor of Most Pernicious Pest, New England Region. I, for one, will raise a margarita to the winner as I sit lakeside and enjoy summer regardless—but I’ll also be sure to do a tick check before I go to bed.