Driver in New Hampshire Crash Has a History of Driving Offenses

The company Volodymyr Zhukovskyy worked for, Westfield Transport, also has a troubled record. 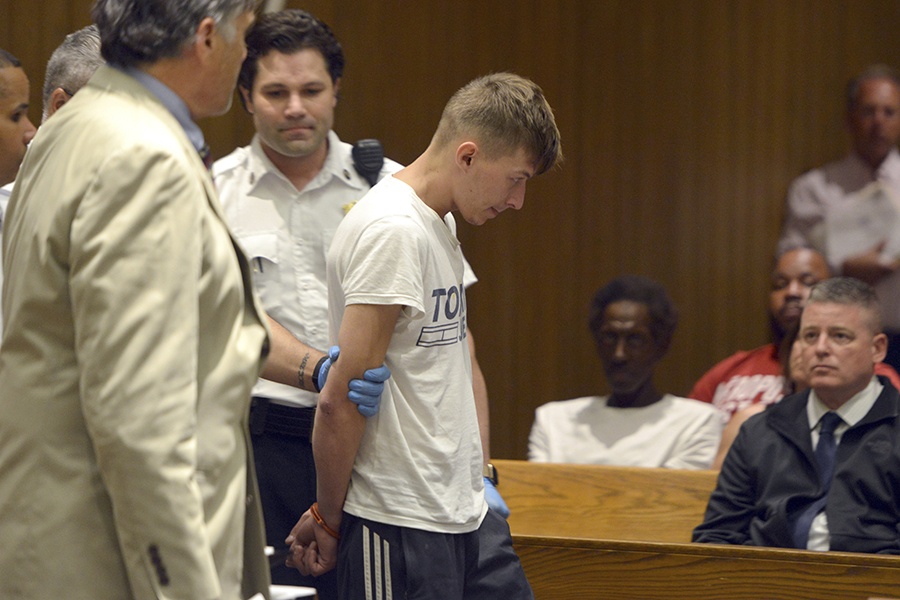 The driver involved a fatal motorcycle crash in New Hampshire has a history of dangerous behavior behind the wheel, including two arrests for drunken driving, court records show.

At the time of the crash Friday, Zhukovskyy, 23, was free on $2,500 bond in a pending drunken driving case in Connecticut. On May 11, Zhukovskyy failed a sobriety test in East Windsor, AP reports.

John O’Brien, Zhukovskyy’s lawyer in that case, said Zhukovskyy denies being intoxicated and will fight the charge. Zhukovskyy refused to submit to a blood test.

According to the Westfield News, Zhukovskyy was also arrested in 2013 on a drunken driving charge in Westfield, after which he was placed on one-year probation and had his license suspended for 210 days.

Zhukovskyy’s troubled driving record dates back to his teenage years. As a 16 year old, he was charged with driving without a license, speeding, and negligent operation of a motor vehicle after an incident in West Springfield, the Boston Globe reports.

Several other infractions dot Zhukovskyy’s record, according to the Globe. There was an equipment violation in 2013, a 90-day suspended jail sentence for larceny in 2015, and a 2017 incident in which a gas station employee found Zhukovskyy’s lost wallet with cocaine and heroin inside. Zhukovskyy pleaded guilty to possession and paid a $200 fine.

During his arrest yesterday, officers in Zhukovskyy’s home found “wax packets containing a residue suspected of being heroin,” said David Procopio, spokesman for Massachusetts State Police, via e-mail to the Globe. Zhukovskyy has not been charged with possession, as the substance has not been confirmed to be heroin.

The company for which Zhukovskyy was driving at the time of the crash, Westfield Transport Inc., also has a checkered past. MassLive reports that the company has faced various violations in the last two years, including instances on March 9 and March 12, 2018, where drivers were found to be in possession of a narcotic drug. Records also list several maintenance violations including defective brakes, drivers without commercial driver’s licenses, speeding, and failure to stay in a lane.

“Our condolences to the families, our prayers are with the families,” Dartanyan Gasanov, owner of Westfield Transport, said to the Globe. “We’re fully cooperating with the agencies, we’ll fully give them everything we have.”

Officials have not yet revealed whether drugs or alcohol may have been factors in the crash. Zhukovskyy faces seven counts of negligent homicide, and he will be arraigned Tuesday in Lancaster, New Hampshire.