Buttigieg and Moulton may have gone to Harvard together, but they didn't hang out. 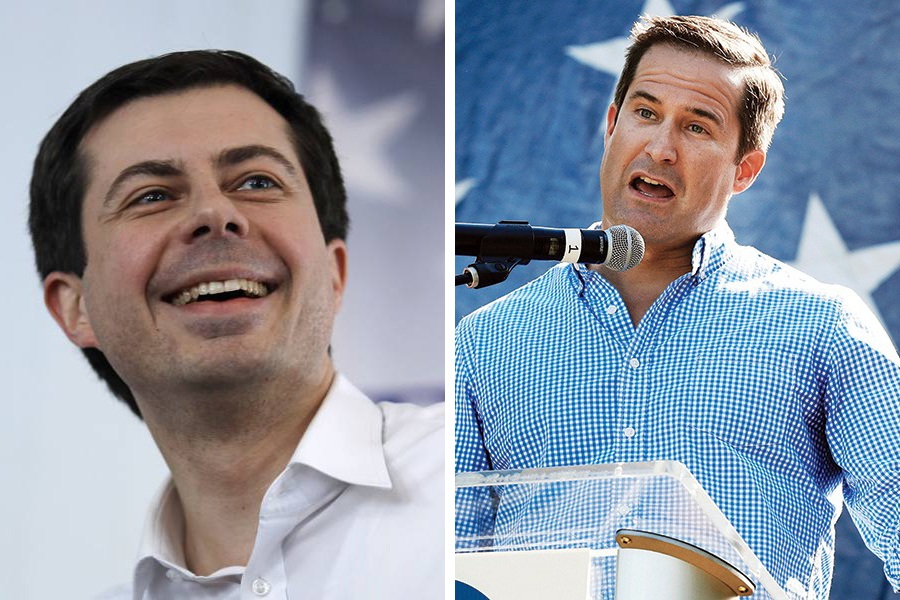 He may not have made it to the debate stage, but Seth Moulton would like you to know that he is definitely still cooler than someone who did—namely, his former Harvard classmate Pete Buttigieg.

In an interview with Politico published Thursday, the Massachusetts Democrat talked Trump voters, taxes, that debate he had to watch from his couch, and the good ol’ days in Harvard Yard.

“Did you know Mayor Pete in college?” the interviewer asked. Moulton graduated from the university in 2001 with a bachelor’s degree in physics, and Buttigieg graduated in 2004 with a degree in history and literature.

“No. I think we hung out with different groups of friends,” Moulton said, and repeated for emphasis. “Not at all, I was not hanging out with the Harvard Democrats.”

Buttigieg, it should be noted, was president of the Harvard Institute of Politics during his Harvard stint. However, while Buttigieg was researching at the Institute and probably doing other nerd stuff like learning a bunch of languages, reading James Joyce, and setting himself up to win a mayoral election seven years after graduation, elsewhere on campus, Moulton was going to church, drinking lots of milk, and hanging out with—

“Athletes. People who went out and, you know, had a good time,” he said to Politico.

Hold on tight to your lunch money, Mayor Pete—sounds like Seth Moulton thinks you’re a nerd, and considers you meeting up with your buddies at the Hong Kong to discuss “political philosophers, novels, [and] the Founding Fathers” over Chinese food to be neither “going out” nor a “good time.”

Can Buttigieg’s campaign go on now that the Hufflepuff and creator of the Top-40-heavy “Buttijams” playlist has been outed as…uncool? We’ll assume he can take some comfort in his recent top five polling in the Democratic primary.