The MBTA revealed Monday that a crucial part of construction is two months behind schedule. 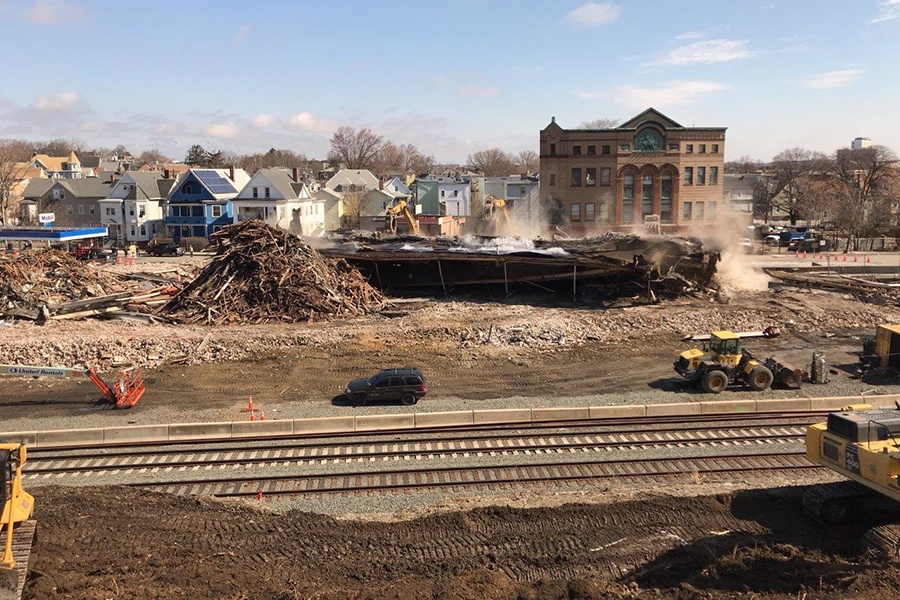 A key element of the Green Line extension has officially fallen behind schedule—and to some MBTA board members, that’s a major cause for concern.

“Count us as very worried,” Fiscal and Management Control Board Chair Joseph Aiello said after a project update yesterday, in reference to the board. “It would be really, really, really damaging to not keep this project on schedule. We’ve got to get this job on schedule for the people who are waiting for the service as well as the larger context of what we’re trying to achieve as an organization. This has got a lot of eyeballs on it.”

A significant portion of the 4.7-mile GLX is supposed to run parallel to the Lowell commuter rail route, which runs from North Station through Somerville and Medford. GLX representatives told the board Monday that they had set an internal target date of September to complete a shift-over of the existing commuter rail tracks to make room for the GLX beside them. Now, however, they expect that they will not complete the relocation of the tracks until November—hopefully, before winter weather hits.

Project officials reportedly downplayed these new “schedule pressures.” John Dalton, who is overseeing the GLX, told reporters he does not believe the board should fret.

According to MBTA spokesperson Joe Pesaturo, the overall schedule for the project remains unchanged.

The $2.3 billion GLX  is one of the biggest projects the MBTA has taken on in decades. It will add six new stations beyond the current terminus, Lechmere, and bring the Green Line into both Medford and Somerville. The first cars are scheduled to go into service in December 2021.

The GLX schedule adjustment wasn’t the only unpopular update to come out of yesterday’s board meeting.  The MBTA also revealed an aggressive weekend closure schedule slated for significant stretches of the Orange, Red, and Green lines this fall. But the meeting wasn’t all bad news—T officials also announced that some of the long-awaited new Orange Line cars will enter service Wednesday.