Rachael Rollins Locks in Her Next Target: The Straight Pride Police

“They’re taking a risk every day when they do their job. I respect and honor that. But my job is not to be their friend." 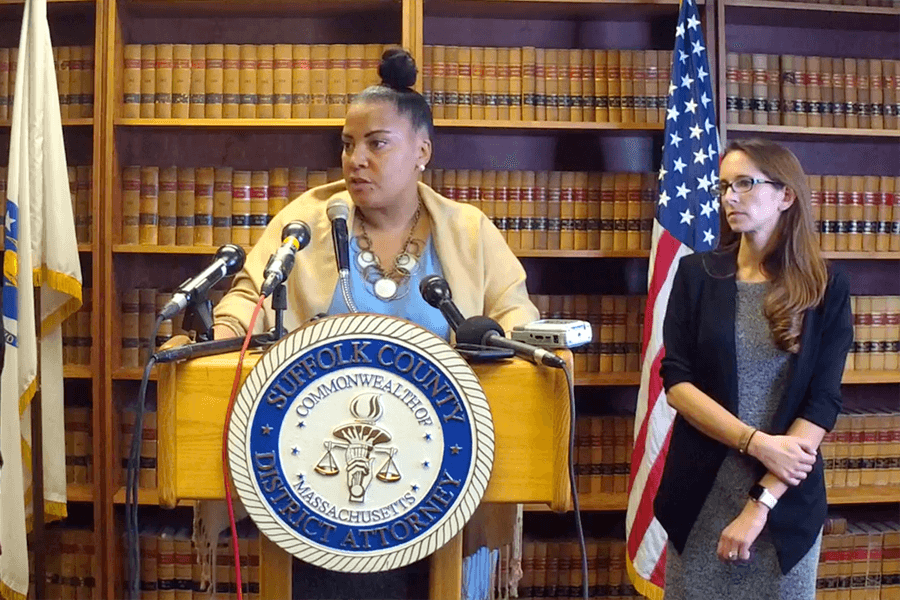 While the Massachusetts Supreme Court deemed her the victor in her showdown with Boston Municipal Court Judge Richard Sinnott yesterday, Rachael Rollins isn’t done with the fallout from the Straight Pride Parade yet.

During a press conference yesterday announcing the results of the Supreme Court decision, the district attorney confirmed that she is in the process of reviewing footage from the August 31 Straight Pride Parade and speaking to law enforcement chiefs to determine whether or not police at the event used excessive force. Rollins acknowledged that she has heard the calls from the community asking that her office investigate after disturbing video from the event began to circulate on social media.

“I’ve seen footage that shows behavior that’s appropriate and other footage that was questionable to me,” Rollins said.

Super aggro. Random incursions into the crowd to break up the chants before the parade Rome’s through. #DEFENDBOS pic.twitter.com/F2j99S6wl8

Much of the post-event outcry focused in on the behavior of one particular officer, Captain John Danilecki, who was accused by witnesses of instigating many of the more aggressive altercations between law enforcement and counterprotesters. Danilecki, dubbed “Pepper Jack” on Reddit due to his apparent penchant for Mace, can be seen in many of the videos from the event, compiled here. Rollins said yesterday that she has “read some articles with respect to a particular officer,” and later confirmed that the officer in question was indeed Danilecki.

Rollins was also careful to mention that she does not believe excessive force to be a Boston Police-wide problem.

“I’ve been sent some videos and I’ve been in conversations about whether a very small percentage of those officers engaged in questionable behavior or not,” she said. “But the overwhelming number of officers did no such thing.”

Yesterday, Boston Police Commissioner William Gross broke his silence on the issue, sharing a similar sentiment in a statement.

“I could not be more proud or impressed with the high levels of restraint and professionalism displayed by my officers tasked with safeguarding and protecting all who either attended, participated or protested at the parade,” the statement reads. “As it relates to any and all actions taken by my officers, including the use of non-lethal force, per standard operating procedures, there will be a full review and internal investigation conducted to determine appropriate guidelines were followed.” The statement also encourages anyone who feels they were mistreated by officers at the parade to file a formal complaint with the BPD’s Internal Affairs Unit.

Rollins concluded her Monday press conference by acknowledging the difficulty of law enforcement, but asserting that her office is committed to uncovering the truth of what happened at the parade.

“They’re taking a risk every day when they do their job. I respect and honor that. But my job is not to be their friend,” Rollins said. “I am the neutral arbiter of whether or not they violated the law.”