Where Is This Year’s Ayanna?

In the wake of Ayanna Pressley’s meteoric rise to Congress, Boston’s once-sleepy City Council was supposed to be the next hot political gig. We’re still waiting. 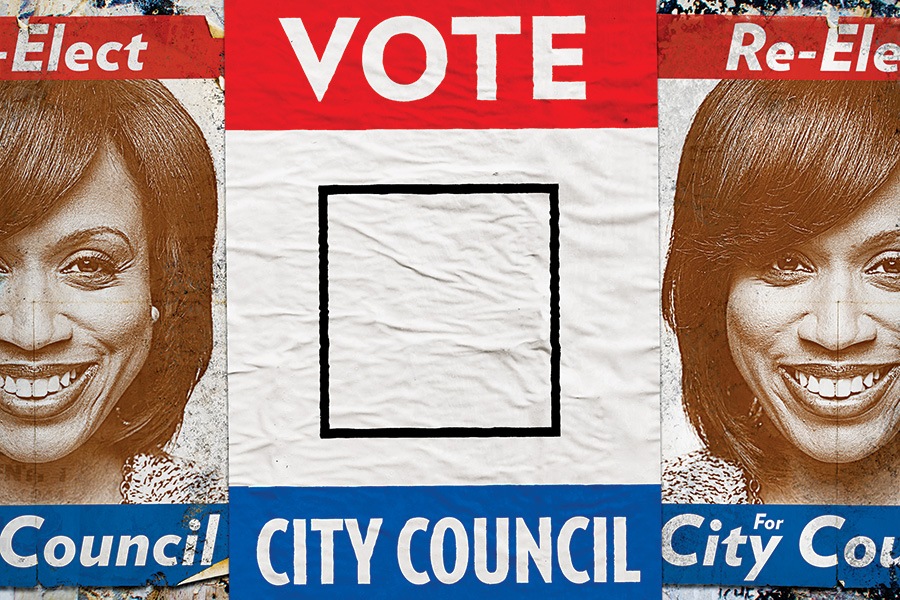 Those with long memories can cast their minds back to 12 months ago, when a fever for fresh faces roiled the Democratic primary elections. Rachael Rollins shocked the establishment favorite for Suffolk County district attorney. Nika Elugardo ousted House Ways and Means chair Jeffrey Sánchez. Jon Santiago upset House assistant majority leader Byron Rushing. Even in defeat, the Back Bay’s Josh Zakim took on Secretary of State Bill Galvin and Brianna Wu ran against Congressman Stephen Lynch. And, of course, there was City Councilor Ayanna Pressley, whose challenge to Congressman Michael Capuano was largely dismissed as political suicide—until she walloped him. Surely, the chattering class thought, this enthusiasm for taking on the powers that be would spill over into this month’s municipal elections, when no incumbent on the City Council would be safe from a challenge—and every challenge could be fatal. Right?

At first, it looked like the trend would continue. Three of the nine district councilors announced they would not seek reelection—all doing so after first-time candidates announced challenges to them. Then candidates began stepping forward in the at-large races, with political insiders speculating that any of the four incumbents could be vulnerable, not just Althea Garrison, who had inherited Pressley’s seat.

But then…not much happened.

The anticipated army of upstarts didn’t materialize. Six district councilors are running unopposed or with token opposition. Hardly any established pols stepped up to grab the open seats. And none of the challengers for at-large seats appear to pose a threat to incumbents Annissa Essaibi George, Michael Flaherty, or Michelle Wu. Only Garrison—a bona fide outsider—seems in need of a backup plan, and the candidate who many believe has a head start for her at-large seat, Alejandra St. Guillen, is hardly crashing the gates. A high-ranking City Hall official under Mayor Marty Walsh, St. Guillen is—get ready for this—sharing campaign office space, and expenses, with two incumbent councilors, including Wu, an ostensible competitor in the at-large race. What happened to your chutzpah, Boston?

It’s possible that the recent revolutionary spirit has simply migrated to elections outside of the City Council. U.S. Representative Joe Kennedy III has challenged Senator Ed Markey’s seat, shattering a recently unbreakable taboo against Democrats here running against their own. It’s not that this year’s crop of council candidates doesn’t have potential, but their weak fundraising is a strong indicator of how unthreatening they are. As of mid-August, only seven of the 39 challengers had raised as much as $50,000; St. Guillen was the only one who had raised more than $100,000. That’s still less than what most current councilors had raised at the same point in their first successful runs.

This lack of excitement over the council is not necessarily new—after all, Garrison is there now because almost nobody else ran against the incumbent at-large councilors in 2017—but Pressley’s ascension to Congress was supposed to be the proof that the council’s juice was really back. She broke a long streak during which councilors failed to win higher office—most notably when then-state Representative Walsh bested five of them in the 2013 mayor’s race. Pressley, in fact, is a big reason why many believe that Michelle Wu, among others, is planning to replicate her brand of audacity in two years by running for mayor—even if that means taking on Walsh. It may be that the council isn’t the political graveyard it once was, but by all appearances it’ll take at least one more big promotion to convince people it really is a job worth fighting for.

This piece has been updated to reflect Joe Kennedy III’s senate bid, which was announced after this issue went to press.