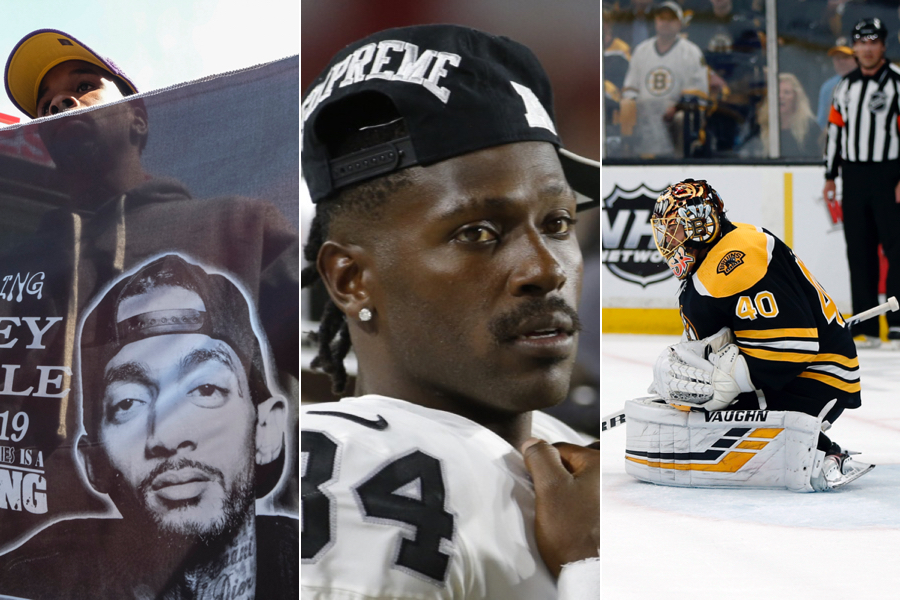 Bostonians had a lot on their minds in 2019, and thanks to Google and its unfathomable stockpile of data on all of us, we now know what set us apart from the rest of the country.

According to an analysis of Google searches for the year, which the company released on Wednesday, people in the Boston area were especially interested in the Bruins in 2019. Which, you know, checks out. The B’s were unsuccessful in the Stanley Cup final, but had a pretty good run and the series went for seven games. Gives you a lot to Google, I suppose.

Also especially popular this year, at least in terms of interest on the search engine? Antonio Brown. The controversial wide receiver’s short and tumultuous stint with the Patriots, which came in the midst of serious assault allegations, was one of the biggest sports stories of the year.

The city also paid close attention to the death of Nipsey Hussle, the rapper gunned down in Los Angeles in March. He was mourned by fans around the country—including, clearly, in Boston.

Other trending topics here include David Ortiz’s battle back from a gunshot wound, the final season of Game of Thrones, the case of a woman who was abducted outside a Boston nightclub and later rescued by police, the launch of streaming platform Disney Plus, Jussie Smollett’s allegations in Chicago, Robert Kraft’s still-ongoing legal battles stemming from the sting at a massage parlor in Florida, and the release of Avengers Endgame.

There appears to have been some overlap in the ‘burbs. Taken as a whole, Massachusetts was similarly interested in the Bruins, Antonio Brown, Disney Plus, and Game of Thrones. But state-wide, residents were also noticeably Googled school closings, snow days, the death of 20-year-old Disney star Cameron Boyce, and the death of Beverly Hills, 90210 star Luke Perry. Another incident that’s already registering on Google’s trend-spotting algorithm in Massachusetts? The Patriots’ loss to the Texans last week.

Here’s what we searched for this year, according to Google’s “Year in Search” data for 2019: