Next Election, Massachusetts Should Have the First Primary

No one state should have all the power conferred by first-in-the-nation status. But if it’s gonna be anyone, it might as well be us. (We pretty much invented America, anyway.) 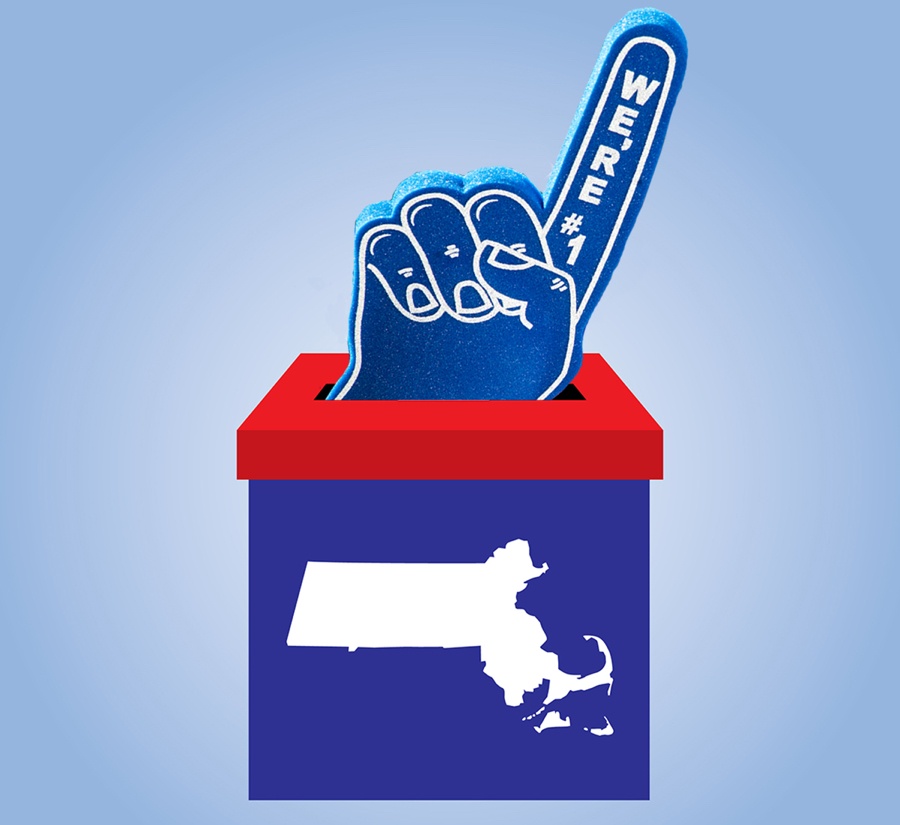 If one thing has become abundantly clear over the past week, it’s this: It’s well past time we took a hard look at who gets to hold the first presidential primaries. Even before Iowa recently choked in such spectacular fashion, the arguments for caucusing (a terrible idea) in an unrepresentatively white state (worse idea!) whose voters get an outsize role influencing the direction of the election for the whole country (pretty presumptuous!) have been getting flabbier with each passing election season. And while our sales-tax-hating neighbors to the north in New Hampshire have the sense to let the person with the most votes win (imagine that!), many of the same arguments about demographic representation apply, as the Boston Globe’s editorial board pointed out last week. If we can all agree that this farce has gone on long enough—and I think we can—something needs to change. And if some other state does have to go first, well, I think it should be Massachusetts.

Why us, you ask? For starters, Massachusetts is significantly more diverse than either Iowa or New Hampshire. To be fair, it’s hard to be less diverse—both Iowa and New Hampshire are about 90 percent white, compared to a national average of about 60 percent. Massachusetts, on the other hand, at 71 percent white, lands nearly smack-dab in the middle as the nation’s 26th whitest state as well as its 26th blackest state and 18th most Hispanic state. It’s also arguably more ideologically representative of Democrats’ intraparty divisions, given the high volume of both Dem establishment figures and more radical agitators. Conservative Democrats? DSA members? We got ‘em both, not to mention all those people, whatever their party, who vote for Charlie Baker. “I don’t think any state going first all the time is a great idea, but if you were going to choose one Massachusetts does offer an electorate that looks more like the Democratic party going forward,” says Steve Koczela, president of Boston-based MassINC Polling Group.

Massachusetts isn’t just more representative, though: It’s undeniable that the Bay State, not New Hampshire, is the center of political gravity in New England. We already have an outsize influence on presidential politics, having produced more candidates for the Oval Office than any other state in the past 60 years. Our voters are arguably more passionate, too: As it turns out, most of the canvassers knocking on doors in New Hampshire every primary season migrate from just south of the border. “We already do play a very significant role in the primary,” Koczela says. But “even where Massachusetts is—it’s very close by and a Super Tuesday state—candidates don’t pay enough attention to it.”

Also, not to twist the knife, but Massachusetts actually knows how to run a smooth election. Heck, a Boston City Council race last year came down to a recount and ultimately a single solitary vote, and we were still able to pull it off without major controversy. Same goes for a close call in Massachusetts’ Third District, which came down to a recount that crowned now-Congresswoman Lori Trahan the winner over Dan Koh.

Massachusetts is also just, frankly, an ideal place to meet a whole lot of this region’s voters. For starters, we have an even better version of the Iowa state fair—the Big E attracts visitors from all of the New England states, hosts about half a million more potential voters each year, and would provide a platform for an audience whose Electoral College votes total 33. Besides, don’t you want to see presidential candidates suffer through the indignities of trying to crack open and eat a lobster in a suit in front of a crowd? Get them on record about whether they prefer it hot or cold? Watch them shuck clams? Think of the opportunities to show off the full spectrum of accents our proud state holds.

Is this a crazy idea? Maybe. There certainly would be plenty of obstacles. Both Iowa and New Hampshire have codified their first in the nation status in their state laws. Back in 1996, Louisiana tried to jump the line and both Iowa and New Hampshire threw fits. Moreover, even if you could convince voters that it’s time to give someplace else a shot, it’s likely that moving the primaries to our deep blue, coastal, egghead-dense Commonwealth would be met with a fierce backlash. “Most Americans think Massachusetts is already out of touch,” says David King, Senior Lecturer in Public Policy at the Harvard Kennedy School. “I’m not sure that moving to Massachusetts, which will come across to most of the country as taking a sharp left turn to Kremlin on the Charles, I don’t think that will play well for the party generally.”

Fair enough, but the system is broken, and we can’t kowtow naysayers like King forever. If we wanted to jump to the front of the line, we’d likely have to do what both Iowa and New Hampshire have done and pass a new law. Then, we’d need to flex our political muscle to make clear that we’re not about to be steamrolled like Louisiana. Given how much time politicians spend walking around this state with their pockets turned out, I’m sure we can get their attention.

The truth is, it’s probably a bad idea for any one state to have all that power. Maybe Massachusetts threatening to jump the line would end with a whole new set of complications and problems. And you know what? That would be an improvement. Because if the disaster in Iowa has shown us anything, it’s that sometimes literally anything is better than the status quo. But if it’s gotta be someone, I still think it should be us.