Great Scott May Live on in a New Spot: The Old Regina Pizzeria in Allston

If everything pans out, this could be the best news I've heard in months. 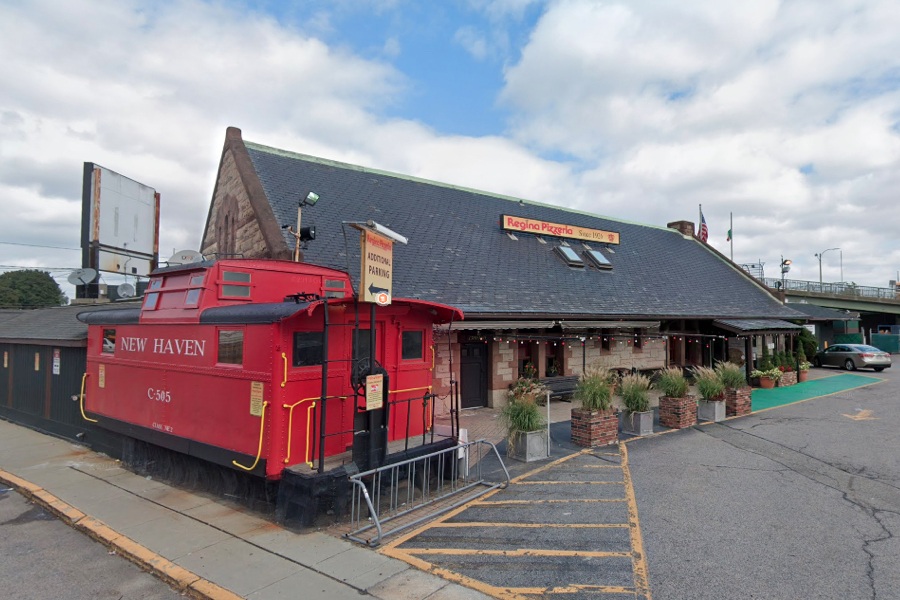 Update: Lavin has officially signed a letter of intent to move Great Scott to the building. The crowdfunding campaign wrapped up on September 30, with more than $270,000 raised for the cause from more than 700 investors.

The organizer behind a campaign to save the legendary Boston music venue has gone public about the fact that he’s identified a new location for the club: the old Regina Pizzeria in Allston. Negotiations with the owner of the space have already begun.

The announcement was made Tuesday in an update on a website run by the crowdfunding company Mainvest (and later reported by Vanyaland), where fans of Great Scott have banded together to invest nearly $200,000 into an effort to rescue the beloved club after a mid-pandemic closure in May. The campaign suffered a disappointing blow in June, when Great Scott’s landlord revealed that, fundraiser or no fundraiser, it had formally entered talks with another tenant. But the man behind the campaign, Boston music promoter Carl Lavin, said at the time that he was not giving up the fight to save Great Scott and was on the hunt for a new location.

I don’t want to get ahead of myself here, as all of this is in the very early stages, and it would be good for everyone’s mental health to save the celebrations until a deal is signed. But if everything works out, this would be some of the best news I’ve heard in months. The Great Scott saga could wind up getting a happy ending after all.

Hey folks- it’s been awhile, and we sure do miss the hell out of you. Here’s the latest, via @Vanyaland617: https://t.co/8aBBvMH3k5

Negotiations are still ongoing, and no documents have been signed as of yet, but Lavin tells me he opted to make the announcement on Mainvest in order to meet a deadline to inform investors about his progress and to formally restart the campaign. As of this week, fans are once again invited to invest in the project if they want to, and the fundraising cap has been raised to $400,000, up from $350,000.

In many ways, the Regina spot at 353 Cambridge Street would be a perfect place for Great Scott to land. For one, the prospective new building is just a half-mile from the shuttered venue’s old location on Commonwealth Avenue, and is still in the neighborhood it called home for more than 40 years. It’s also a neighborhood landmark, and that’s not just a figure of speech: The site, a former train depot, is protected by the Boston Landmarks Commission. That means it’s more or less immune from the threat of ever being razed to make way for hideous condos. And because it’s located on a busy street next to the Mass Pike, noisy music shouldn’t be much of an issue for the area. In fact, it’s already been used for live music in the past—the blog Allston Pudding has booked shows at the pizzeria for New Year’s Eve bashes.

“If you had told me this time last year that Great Scott had to move and I could pick any space in Allston where I’d want it to go, I’d say, ‘What’s going on with Regina?’” Lavin says. “To have the timing of it work out the way it did and as far as the combination of factors go, I mean, I don’t know how it could be better.”

What’s more, the current landlord for the place actually seems enthusiastic about the prospect of having a music venue in the space. In an interview Tuesday night, property manager Doug Arcand, of Arcand Associates, tells me he has fond memories of going to shows at Great Scott, and he still has ties to the city’s music scene. “I spent a lot of time at Great Scott when I was younger and really enjoyed that it was this place to hang out and see live bands in Allston that you may not know of otherwise,” he says. “There’s a lot of uncertainty right now, as we all know, and I think it’s safe to say that we all would like them to succeed.”

So when Regina decided in July not to renew its lease at the site, Arcand reached out to the Great Scott campaign through a mutual friend, and now says he would be thrilled to get a venue up and running there. That’s a stark contrast to the situation with the prior landlord, who Lavin insists was at best ambivalent about, and at worst hostile to, the idea of keeping a rock club as a tenant (the landlord for that space disputes this). “It’s night and day,” Lavin says. “It’s great to have somebody that sees the value that Great Scott provides to the neighborhood and the region, whether it’s fans or artists. They just really seem to get it, and they’re being super accommodating to make it work.”

At about 7,000 square feet, the potential new location would be significantly larger than the original. Too big, Lavin says, to preserve Great Scott’s intimate vibe and its status as a venue for up-and-coming acts. So the plan for now is to use a portion of the space for a rock club, and a portion of it as a restaurant. Discussions about a partnership are underway with a”well-known locally-owned pizzeria,” which Lavin isn’t identifying publicly just yet.

All in all, it is way too soon to start celebrating. But there may be a bright future yet for Great Scott. Stay tuned.