A break-in at the property was just the latest public update on the infamous home. 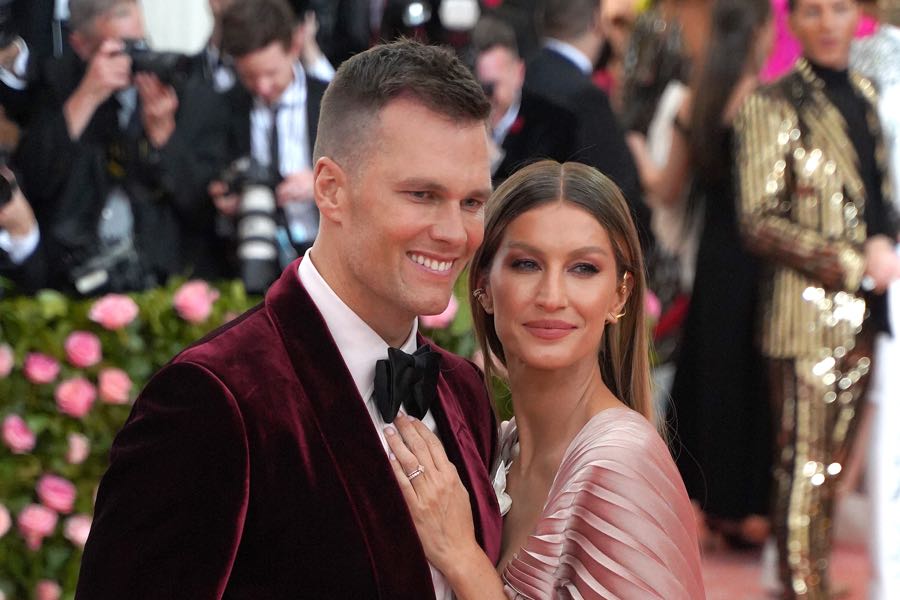 The walls of Tom Brady’s Brookline mansion don’t need to talk. They’re constantly making headlines all on their own.

News broke this morning of a break-in at the pricey abode, but it was only the most recent occasion for renewed focus on the property owned by Gisele Bündchen and the former Pats QB. So, as news crews loiter on the former first family of New England’s slice of Chestnut Hill once again today, we thought it was about time for a play-by-play of how things have gone down at Casa Brady.

2012: The Bradys sell their condo in Back Bay

After an already storied career with the Pats, it is apparently time for an upgrade. So the famous duo sell their Back Bay pad for a cool $9.3 million. They continue living at the address and begin eyeing something with a bit more space outside the city. As of early 2019, their former home, at 310 Beacon Street, is available to rent for $15,000 a month.

The spot that catches their fancy ends up being a prime plot of just over 5 acres in Chestnut Hill belonging to Pine Manor College, which parts with it for a reported $4.5 million. The spot, on the 9th hole of The Country Club golf course, is just down the street from Pats owner Robert Kraft.

2014: They sell their California home to Dr. Dre

Brady and Bündchen parted with their L.A. mansion by selling it to the rapper and producer for $50 million. Always helpful to have a little extra cash for decorating the new place and so on.

2014: The first photos of the property offer a taste of its opulence

As construction moves forward on the new home, photos from above the property were printed in gossip pages worldwide. The Daily Mail call the forthcoming layout, including a spa, yoga studio, and wine cellar “fit for a king and queen.”

2015: The gawking continues as construction is wrapped up

Photos from above continue circulating as construction wraps up, as does news that the country club adjacent to his newly completed home is too exclusive even for him. He would eventually prove himself worthy of a membership in 2017.

2018: A documentary crew gives us a peek inside

With the release of Tom vs. Time, fans get an intimate look at life inside the celebs’ gargantuan home, with a behind-the-scenes look at the kitchen where Brady’s bizarre food regimen is carried out, at the backyard and massage room where he and trainer Alex Guerrero maintain his superhuman skills and notorious pliability, and at, uh, how long he kisses his son on the mouth.

The couple also grant access to Vogue, and Bündchen gives us all a peek inside the much-discussed home, including the barn she describes in the video as her “sanctuary.”

August 2019: The home hits the market

The sports and gossip worlds are abuzz with the news that the $39.5 million property had been put up for sale, fueling speculation about Brady’s future with the Patriots. Asking price: $39.5 million.

Even with all the caché that the home offers—who wouldn’t want to brag that their home was once owned by the GOAT?—there is evidently some trouble finding a buyer at that price point, and two months later the listing sags to $33.9 million.

In a renewed effort to find a buyer, a video tour of the property is released for public consumption that, for the first time, offers a look at parts of the home previously shrouded in mystery, including its bedrooms.

With suspicions about what the sale means for the quarterback’s career validated—its owner having defected to “Tompa Bay” and taken up residence in Derek Jeter’s $29 million mansion—there is a new development at the old Brookline homestead: As of May, it is no longer listed as up for sale. Asked to explain this sudden disappearance, its listing agent blames the coronavirus outbreak, saying it is “a waste of time” to try to sell the place in a pandemic that brought open houses to a screeching halt, and that saw sales of uber-expensive homes slow to a crawl.

December 2020: Then it quietly returns

In early December a new broker reveals it is in fact still available as an off-market listing for those in the know, and with enough cash to close on it, confirming for anyone who has their eye on the place that it’s still up for grabs.

All of which brings us to present day, when a man is accused of taking it upon himself to get an exclusive, unauthorized, and illegal look inside the home. Police said Monday that an intruder had been arrested on charges of breaking into the mansion Monday morning, later identifying him as a 34-year-old man experiencing homelessness, who last year was charged with stealing a Tom Brady jersey worth $10,000 from an exhibit at Gillette Stadium. Police reportedly found him at around 5:55 p.m., lying down on a couch in the home’s basement.