Root for These Massachusetts Athletes in the Tokyo Summer Olympics 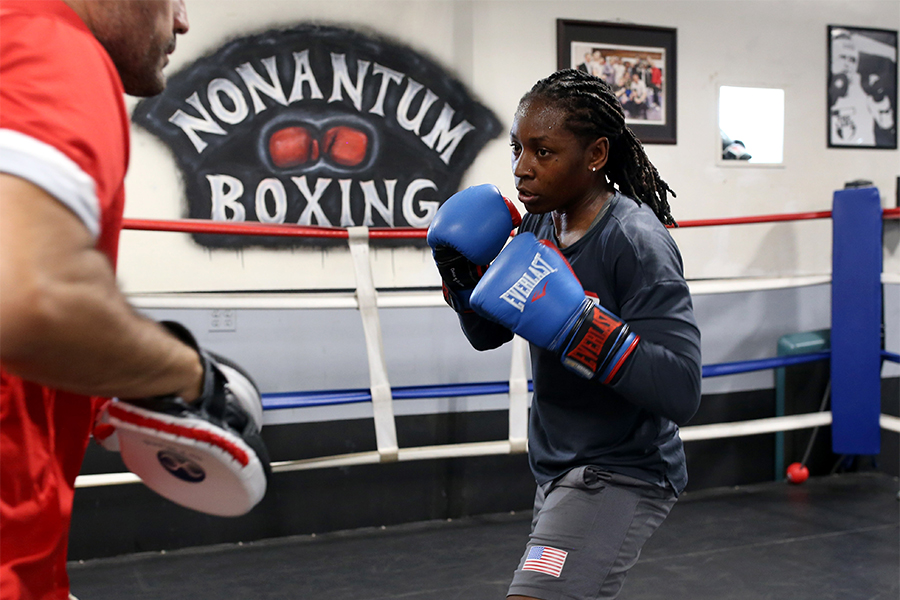 Last March, the COVID-19 pandemic postponed the 2020 Tokyo Olympics for the first time in history (though the games were cancelled during World Wars I and II). The delay put hundreds of athletes’ dreams on hold for a long, grueling year, and many only qualified for the games as late as last month — including almost two dozen Massachusetts natives. Now, they’ll head to Tokyo and start competing when the Opening Ceremony kicks off the games on July 23.

In years past, Massachusetts has contributed at least a handful of athletes to Team USA. But this year, out of more than 600 athletes representing the US, 20 are from Massachusetts. They’re competing in everything from fencing to diving, rowing, synchronized swimming, and more — and the roster includes a two-time men’s rugby captain from Lancaster, a champion boxer from Lynn, and two sisters making history on the women’s soccer team, just to name a few. But the list of Olympic-level Bay Staters doesn’t end there. Once the games begin, be on the lookout for these twenty athletes hoping to bring the gold back to Mass.

Harvard graduate, Sherborn native and saber fencer Eli Dershwitz returns to the Olympic games for the second time this summer — after competing in the 2016 Rio Olympics as the youngest member of the fencing Team. In Tokyo, Dershwitz is fencing alongside fellow Mass-born sabreur Andrew Mackiewicz, who trains at the same Natick studio.

One of eight rowers from Massachusetts competing for Team USA, Gia Doonan is joining the women’s eight in vying for their fourth straight title. She’s already a world champion (winning gold and bronze at two consecutive World Rowing Championships), but Doonan is putting her University of Texas training to the test during her first Olympic appearance this summer.

Though this summer is her first time at the Olympics, 26-year-old Lynn native Rashida Ellis is no stranger to competition. Ellis has spent the past 15 years boxing, ever since her dad first took her to the gym where her older brothers trained. She has placed in the top three at the Elite National Championships each year since 2012—always with Olympic gold in mind.

Former Harvard rowing captain, experienced crew champion, and Weston local Conor Harrity is spending late July in Tokyo Bay, competing for Team USA. Alongside six other Harvard alum and current athletes, Harrity is filling a seat in the men’s eight in the hopes of yet another title—this time on the Olympic stage.

Amherst-born diver Michael Hixon spent the pandemic training wherever he could—whether it was in a community pool or someone’s backyard. At the Olympic Diving trials in early June, it paid off. Hixon and his diving partner secured a 120-point lead in the men’s synchronized 3-meter, cementing Hixon’s spot on his second consecutive Olympic team (four years after he brought home the silver in Rio). 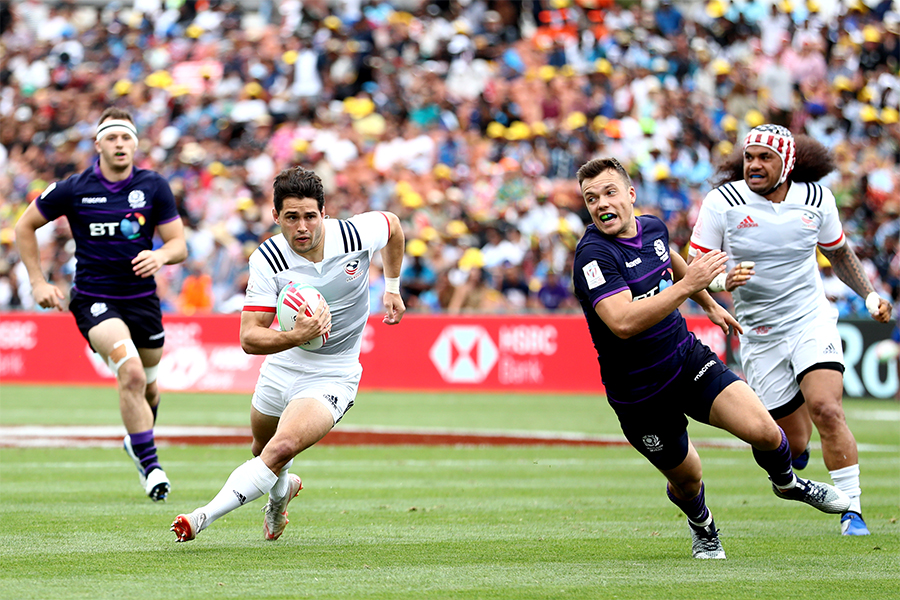 The captain of the 2016 US men’s Olympic rugby sevens team, Madison Hughes, was technically born in England. But he’s called Lancaster, MA home since he was young. Plus, he’s an avid Boston sports fan, making him an honorary native. Hughes is returning to the Olympics for the second time this summer, serving again as captain alongside six of his teammates from Rio. 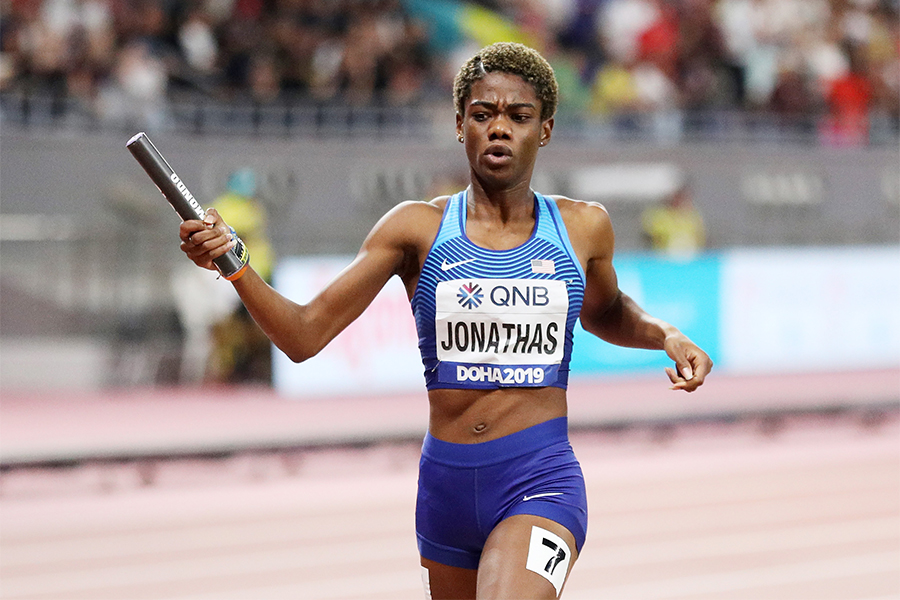 Three-time collegiate national champion Wadeline Jonathas was once a runner up in the All-State 400-meter in high school. Now, the Haiti-born and Worcester-raised runner is making her Olympic debut running the same race this summer. At the track and field trials in late June, she finished in 50.03 seconds, holding her own against five-time Olympian Allyson Felix.

In high school, Kristi Kirshe was a soccer star, dreaming about playing in the Olympics. But she picked up rugby in her freshman year in college, then signed to the U.S. women’s national rugby team less than a year later. This summer, Kirshe is heading to Tokyo to compete as a starter on the women’s rugby team playing center/wing. She’s achieving her Olympic goal—just in a different sport than she intended.

A childhood love of Star Wars is the reason Andrew Mackiewicz tried fencing (according to his parents, it was a more constructive version of fighting with lightsabers). The locally trained athlete, two-time NCAA individual champion, and six-time US national team representative is competing in the Olympics for the first time in Tokyo.

Clocking in a new personal record and qualifying for one’s first Olympics in the same race seems improbable. But Peabody’s Heather Maclean did it. Finishing her 1500-meter race with a time of 4 minutes, 2.09 seconds, the UMass Amherst alum solidified her spot on the women’s team. Mclean is also the first member of the school’s track and field team to earn a spot in the Olympics.

After training on the Charles, rower Cicely Madden is heading to Tokyo’s Sea Forest Waterway to compete in the bow seat of the women’s quadruple scull. In layman’s terms, that’s the first seat on a four-person boat—each rower uses two oars instead of one. While Madden was at Brown, most of her experience was in the double scull (a two-person boat), but who’s to say that skill can’t transfer to the 4x? 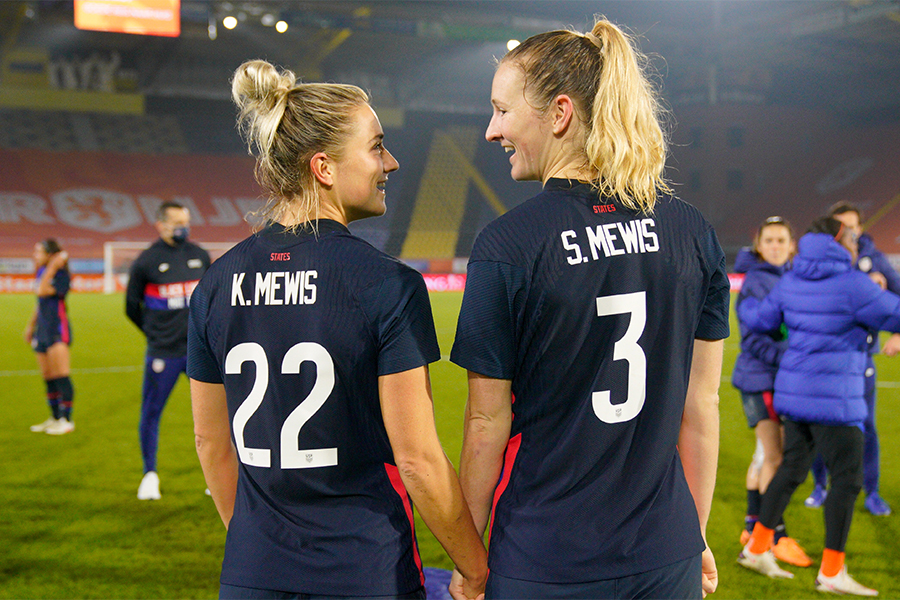 Making her debut at the Olympics, midfielder Kristie Mewis is the only player who wasn’t a part of the winning 2019 World Cup team. But Mewis does boast 15 previous games for the US Women’s National Team and plays for the Houston Dash — when she isn’t training for the Olympics, that is. She’s also one of two Mewises on the Olympic soccer squad this summer, and will be sharing the field with her younger sister, Samantha.

A recent mainstay on the US National Women’s Team roster, midfielder Samantha Mewis was voted the 2020 US Soccer Female Player of the Year. (She’s also the tallest player in USWNT history, at six feet tall). Mewis and her older sister, Kristie, are making history this year as the first sisters to represent the US on the same Olympic roster. But for Bostonians, the Mewis’ recent collaboration with Harpoon Brewery on a special edition “Team Mew-S-A” IPA might be a more interesting fact.

Rowing in the men’s four in the 2019 World Rowing Championships, Andrew Reed and his team placed fifth—securing their spot in Tokyo. He trained through the pandemic, with fellow Harvard alums and the support of his high school and college varsity rowing experience behind him. Now, Reed is up for the challenge of representing Team USA this summer.

Though he now trains on the west coast fulltime, Alexander Richards is a proud Bostonian. Growing up in Watertown, rowing on the Harvard men’s crew team, and practicing on the Charles, it’s safe to say his career has strong Massachusetts roots. Richards is rowing in the men’s eight in Tokyo, helping to mark the 15th consecutive Olympics in which at least one Harvard rower has competed (although this year, there are six).

As a senior rowing captain at the University of Pennsylvania, member of four national teams, and three-time international medal winner, there’s no doubt that Regina Salmons earned her spot on the USRowing Olympic team. Rowing in the women’s eight, Salmons will be only the 15th female Penn rowing member ever to compete in the Olympics.

At only 19 years old, synchronized swimmer Lindi Schroeder qualified for her first Olympics games in June. She and her partner placed fifth in the qualification tournament for women’s duet (only the top eight of 34 teams secure a spot). Though Schroeder may train in California, the Andover home-towner and Phillips Academy alum is a Massachusetts native through and through. 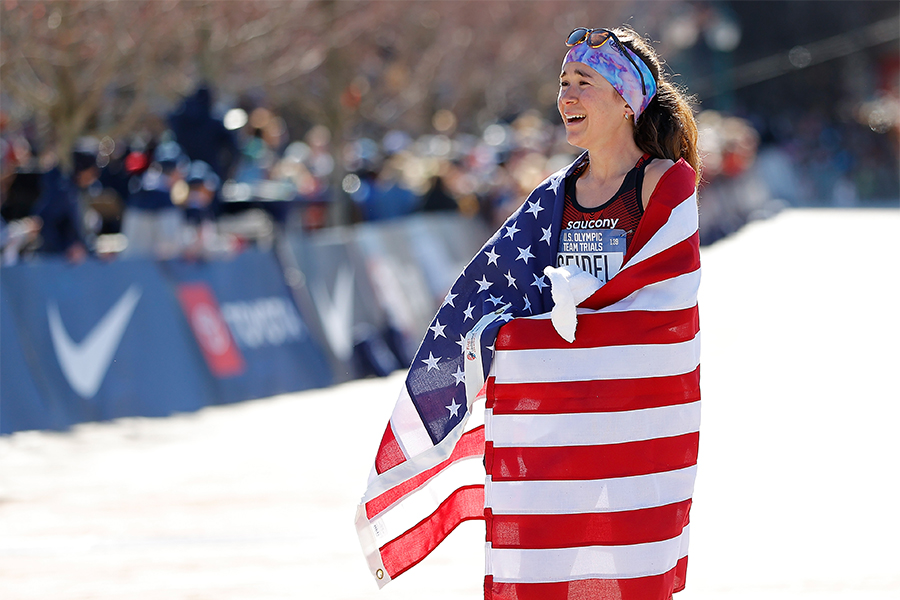 Bostonian Molly Seidel’s first marathon (that’s right, her first full marathon ever) was in February of last year — at the Olympic marathon team trials in Atlanta. She came in second and qualified for the 2020 Olympics all in the same two and a half-hour timespan.The long-distance runner spent her college years at Notre Dame securing titles as the 3,000-, 5,000- and 10,000-meter champion. This year, she’s hoping to do the same in one of the world’s largest races. 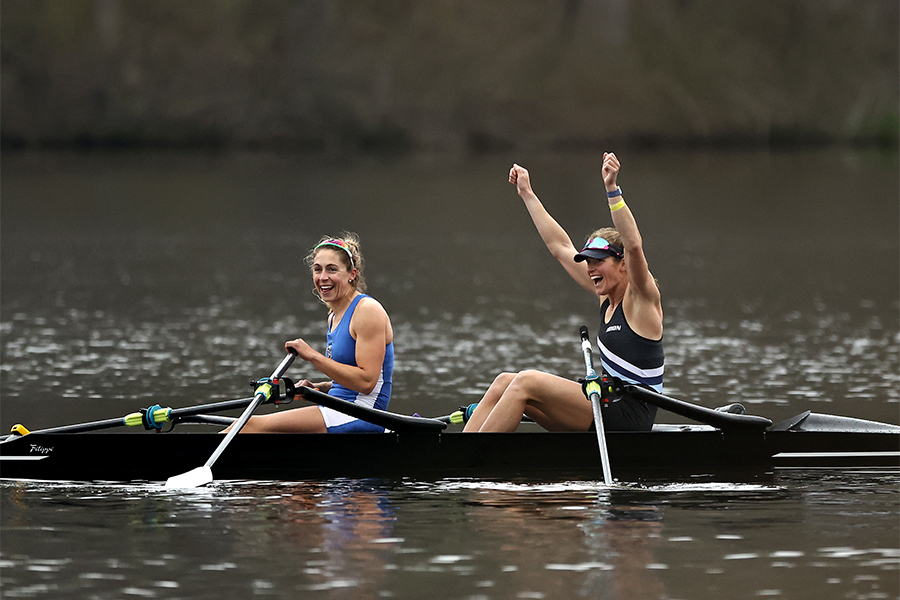 A rower and emergency medicine physician from Newton, Gevvie Stone is a two-time Olympian, competing in both the 2012 London games and the 2016 Rio games—where she won silver. In Tokyo, she’ll be rowing the double sculls—in a two-person boat using two oars. Stone is also the daughter of two former members of the U.S. National Rowing Team, so it’s safe to say that rowing is in her blood.

At the Olympics trials in April, Weston native and Yale graduate Kristi Wagner qualified for the Tokyo Olympics in the best way possible — with a first-place win. Wagner and her double scull partner (former college rival and fellow Bay Stater Gevvie Stone) finished with a nearly four second lead, securing their spot on the Olympic team.