Look Inside Bon Me in Back Bay 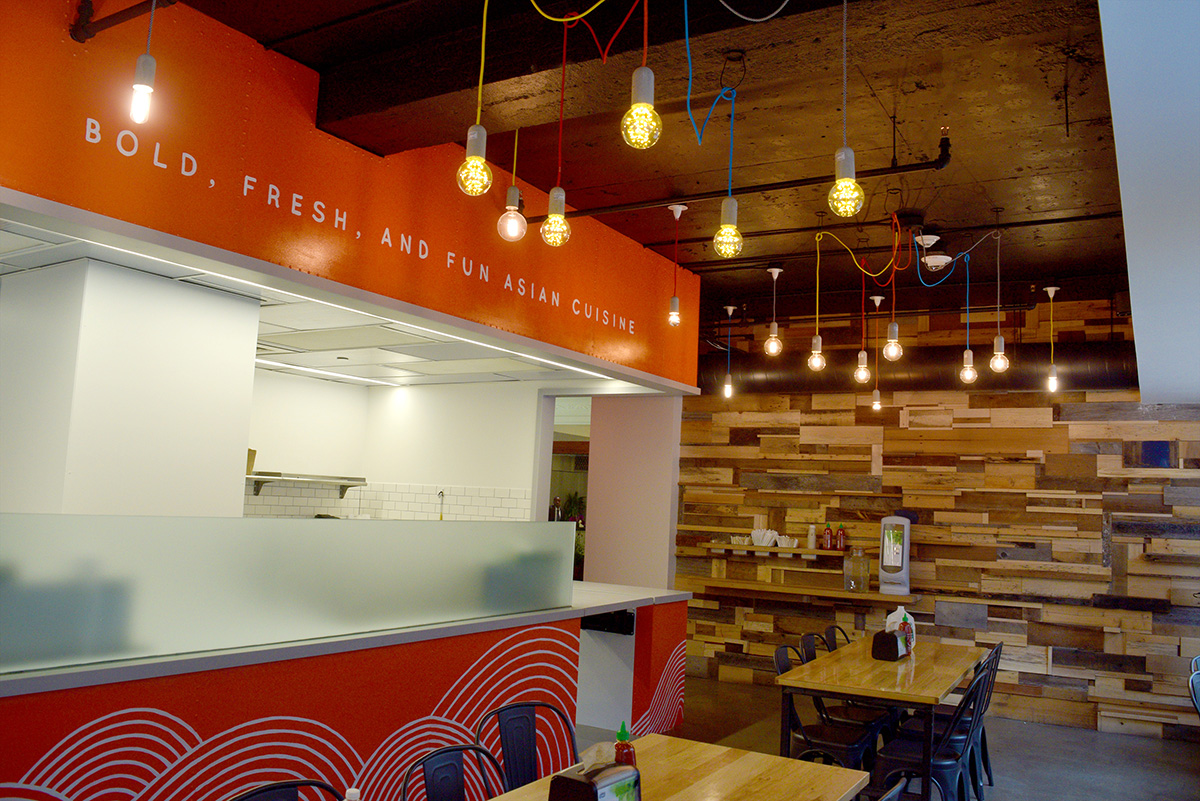 The lunch crowd around Copley Square did not disappoint when Bon Me set up a food truck, and then a semi-permanent cart there, so now the Vietnamese-ish joint has a permanent location in the busy area. Bon Me opens its sixth brick-and-mortar on Stuart Street on July 6.

The latest Bon Me is close to the Back Bay MBTA station. It will join the Copley Square food cart, which is less than a quarter-mile away. The company previously operated a food truck in the neighborhood.

“We’re thrilled to be opening up our newest location in a site we know and love,” manager Rachel Bock said in a press release.

Formerly a Freshii, the restaurant is just more than 1,100 square feet and seats about 25. In addition to Bon Me’s traditional menu, it will open with the company-wide rotating vegan summer options, featuring spicy sesame chickpeas, and miso-glazed eggplant and black beans as protein options. All Bon Me locations rotate through specials, too.