One Last Question: Which Drink Wins the Title of Most New England Cocktail?

Hint: It's refreshing and easy, with a backstory of Yankee ingenuity. 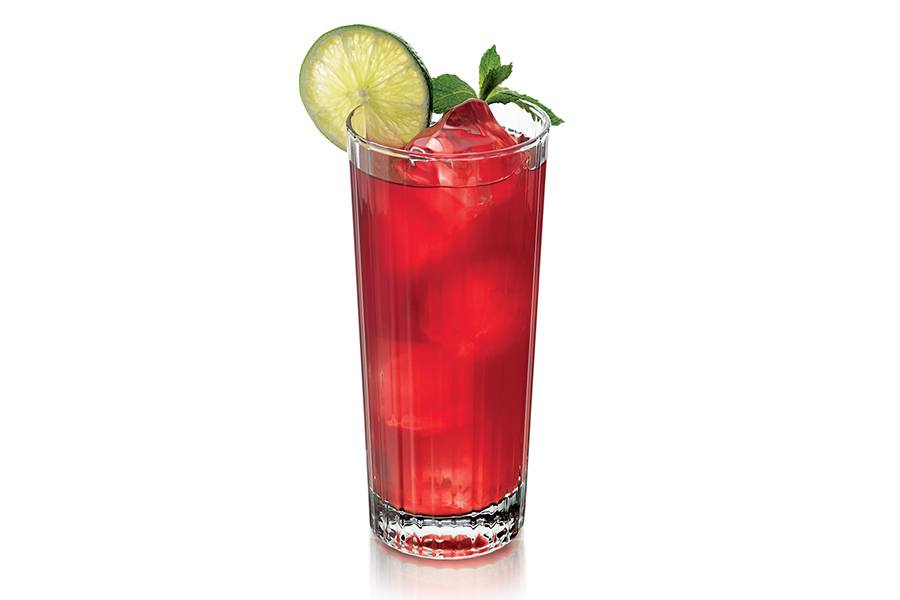 During one of the recent nice(ish) days, my friend and I were looking forward to putting the deck furniture out and doing some warm-weather drinking. That led to a discussion about which alcoholic beverage wins the title of Most New England Cocktail, but we couldn’t agree on anything. In your expert opinion, which drink wins, why, and where did it come from?

Maybe because I’m still scarred by those weekly March nor’easters, the first New England drinks that come to mind are cold-weather ones, like hot buttered rum and eggnog. Of course, P.B., you’ll rightly find the thought of sipping such bevvies in the summer sun utterly nauseating. But rum is still appropriate if you want to drink a liquor with long New England ties. First made with molasses brought via the notorious triangle trade, rum was part of our economy and culture from the very beginning. By 1776, our six newly minted states had about 150 distilleries; Medford rum was considered the grand cru.

Eventually, rum plummeted in popularity, in part because the British molasses supply dried up around the War of 1812—and when westward expansion brought cheap grain, whiskey caught on big-time. These days, rum has come full circle with artisanal offerings from local distillers such as Bully Boy, GrandTen, and Privateer. As for a warm-weather rum cocktail, I’m partial to the Dark ’n’ Stormy. The only problem is that despite the drink’s ubiquity on menus from Long Island Sound to Penobscot Bay, its identity is strictly claimed by Bermuda’s Gosling family, which has a proud tradition of suing bars for trademark infringement if they don’t use their Black Seal rum.

So I’ll choose a drink with true New England origins, namely the humble Cape Codder: 6 oz. Ocean Spray Cranberry Juice Cocktail, chilled; 1.5 oz. vodka; 1 tsp. lemon juice—all poured over “a tall glass filled with ice.” Why Ocean Spray? Because this Plymouth County cranberry farmers’ cooperative created the cocktail! Originally called a Red Devil in the 1940s and rechristened in the ’60s, the recipe was developed to promote cranberry juice as a mixer. I’d heard rumors that Ocean Spray’s employees used to drive around to bars on the Cape asking for the drink, then showing bartenders how to make it—a midcentury prototype of guerrilla marketing. The good people at Ocean Spray couldn’t confirm that anecdote, but did say their reps sometimes peek behind bars just to see if their company’s product is stocked.

Refreshing and easy, with a backstory of Yankee ingenuity, the Cape Codder is worthy of the Most New England title. But you’ll lose all street cred if you’re one of those ignorant schnooks who orders a “vodka-cranberry.”