Chef Joshua Smith has moved on, but the restaurant empire fueled by New England Charcuterie promises to regroup, re-license, and reopen soon. 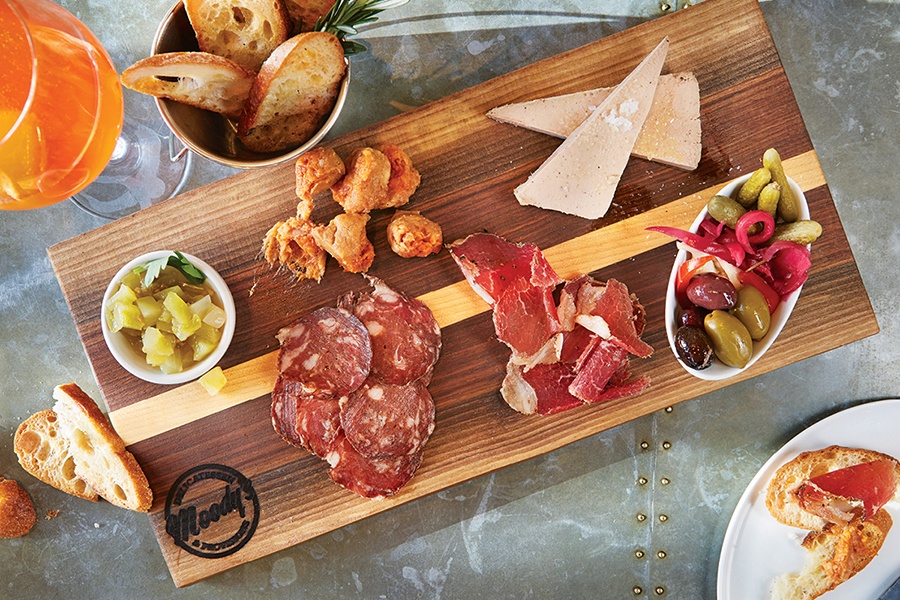 After getting really big, really fast, the Moody’s Delicatessen-born restaurant group in Waltham is taking some time out. Chef Joshua Smith is no longer involved in the company he founded—including its New England Charcuterie production arm—and his former business partner has temporarily closed three Moody Street eateries while the company considers how it wants to move forward, says Moody’s operations director Alex Hage.

It’s also on hiatus because the businesses’ licenses to serve food and drinks are still in Smith’s name, says Waltham licensing board chairman Wayne Brasco. The owner needs to reapply for Moody’s common victualler’s and liquor licenses, the latter of which is also subject to state approval. That process will take at least two months, Brasco estimates. Hage says his team plans to submit licensing applications with the town this week. The Waltham charcuterie production plant and a Back Bay deli remain open and operating business-as-usual.

“Now that Josh is no longer affiliated with any part of the brand, we’re putting an amazing team together and we’re focused on how we can take [our Waltham restaurants] to the next level,” Hage says. “We’ll be reopening in a short period of time and once we do it’s going to be something really exciting.”

Smith, formerly chef at Boston’s Four Seasons and Michael Schlow’s Tico Restaurant in Boston, opened Moody’s Deli in Waltham with a silent business partner back in 2013. It was there Smith started making sausages, salami, and other cures in Massachusetts’ first licensed facility for aged meats, which grew into the renowned New England Charcuterie brand. The tireless chef and his partners expanded with an upscale restaurant and wine bar, the Backroom, in 2015, and moved charcuterie production to a large, state-of-the-art facility in 2017. Since then, they opened a Moody’s Deli in the Back Bay; added onto the Backroom; and also debuted a taqueria and barbecue concept next door, called El Rincon de Moody’s.

Along the way, Smith and his business partner stopped seeing eye-to-eye, Smith says, and around the end of 2018, they began discussing the chef’s exit. As of April 1, Smith is no longer part of the Moody’s empire. The Boston Globe first reported the departure this month.

“We were going in different directions creatively, and I respect that,” Smith says. “He’s executing his vision, and I’m going to do mine.”

After just six months in business, El Rincon de Moody’s shuttered “for the winter season” in early January, and it remains closed. This morning, the deli and Backroom both announced on social media that they, too, are now closed for “renovations.” Hage says changes are coming, but it won’t be a remodel. The Backroom “is basically brand new, and it’s absolutely beautiful,” Hage says. “We’re trying to regroup, and we’re doing some work in the kitchen.” Expect more information soon, he says, but “know it’s going to be really exciting chapter for Moody’s.”

No word yet on just how long, though. “I don’t want us to rush into any decisions,” Hage says. In that vein, previously announced plans for a Moody’s Deli in Napa, California, are on hold for now.

The director of operations knows some Moody’s guests are concerned about Smith’s departure. But from the former chef’s perspective, “It’s all positive.”

“It’s evolution,” Smith continues. “I’ve spent the last 25 years of my life in kitchens, working as hard as I could to get to such a point. [Moody’s] was a special place. I’m very grateful to my partner for the opportunity. New England Charcuterie, that was my baby. It was amazing. I’m sure it’s going to continue to do great things. It was something that took that a long time to get to, [but leaving it is] a mutual decision that worked the best for everybody.”

Smith, who managed robust private catering services while at the helm of Moody’s and has sponsorships with brands including Staub and KitchenAid, plans to continue those endeavors. He has new projects in mind, but “I don’t know that I’m doing another restaurant,” he says. “There are a lot of opportunities for a guy like me in the culinary world. I’m exploring those opportunities. There are a lot of changes happening [in the restaurant world], and there’s a lot of help that needs to be had. Honestly, a few months ago, I started thinking about life after Moody’s. There’s so much out there, so much to do.”

Smith is also dad to an active 11-year-old, and there are only so many weekends per year to spend with him, he says. “I just want to be there for him right now. You can’t get those years back.”

Rest assured, meat lovers, we will keep you posted on the reopening of the Moody’s Waltham empire—and what’s next for Smith.

Editor’s note: This post was updated April 25 with additional information from the Waltham licensing board about the Moody’s closure. 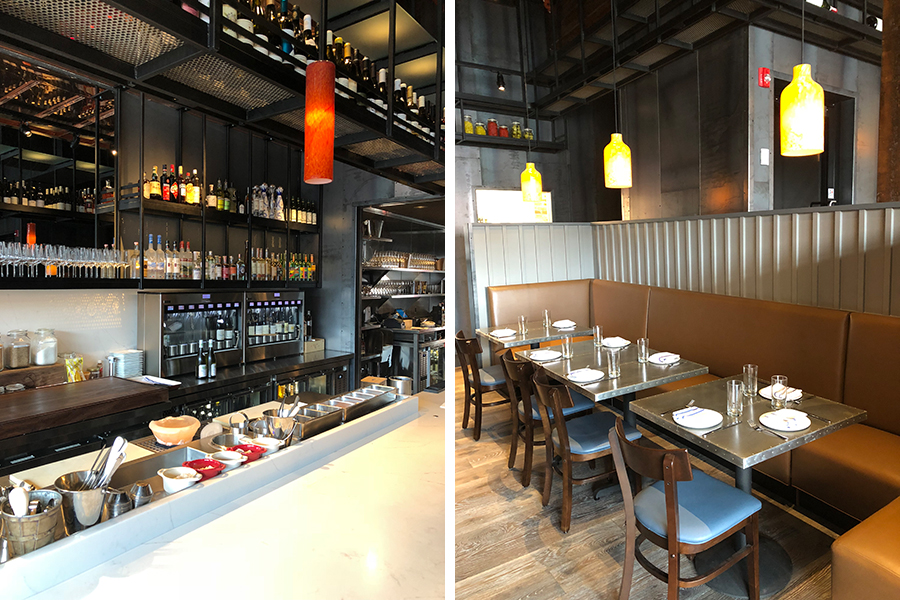 Just last year, an addition of a new bar and banquette seating doubled the size of Moody’s Backroom in Waltham. / Photos courtesy of Moody’s