Before development overtakes the restaurant and roof deck, it plans a "farewell tour" of events like "Hell Nights," a Revelry food truck takeover, and more. 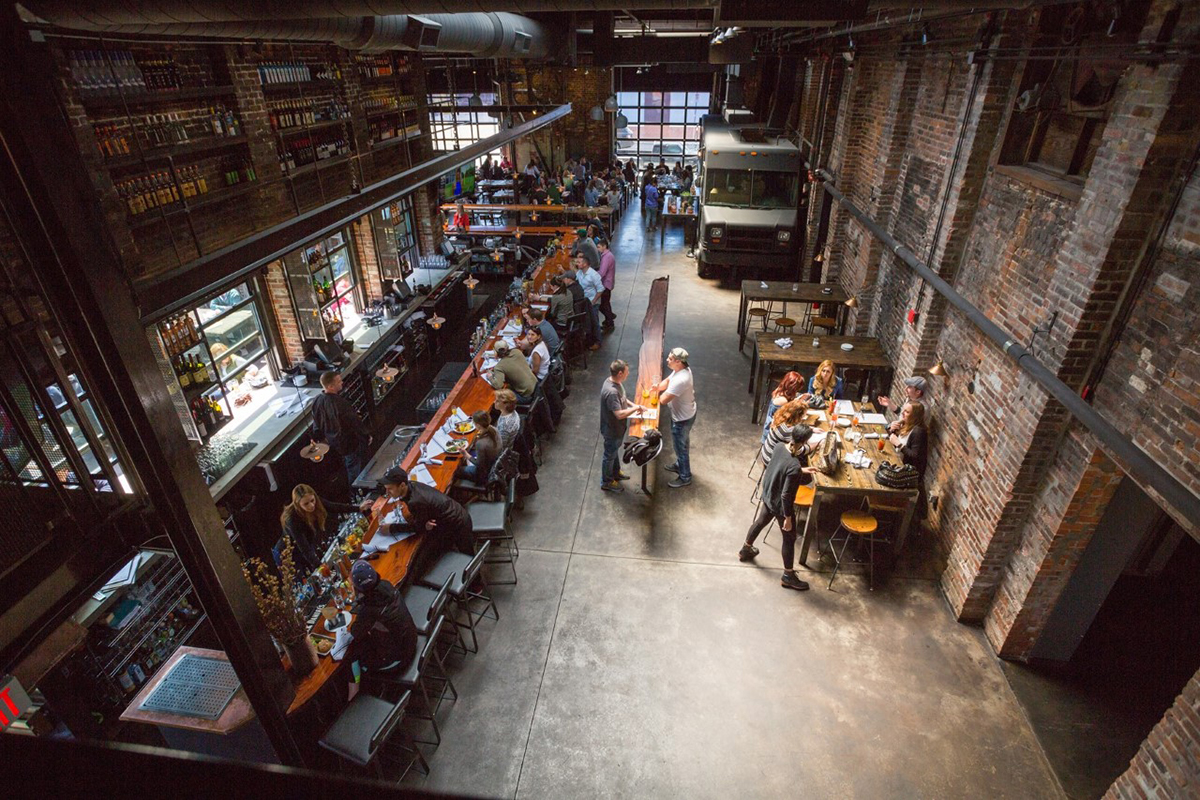 UPDATE, January 2: Not so fast! Coppersmith isn’t closing this month, after all: It will remain in business into “late 2020,” general manager Sheila Senat shares today—and that includes one more rooftop patio season. “We feel so fortunate to be able to stay open for a lot longer than we initially thought was possible,” she said in a press release. “Since our closing announcement last month, we have received an outpouring of support from our community and so much positive feedback about Coppersmith. We’re incredibly happy to be in a position to share our space with guests for a while longer, especially the summer months when people can join us on the rooftop.”

It’s official: Coppersmith is closing as a new biotech development heads for South Boston. The restaurant and rooftop bar at 40 West 3rd will shutter in early January, Coppersmith announced today. But before the time comes, the Southie spot is hosting a “farewell tour” of events—including a weekly residency by Revelry food truck.

Coppersmith opened in late 2015 as a 200-plus-seat restaurant with permanent food trucks parked inside, and a roof deck with a tricked-out Airstream trailer bar. It also launched a daytime café, but has since transitioned that space into a popular private events venue for up to 400 guests. A lot going on at one place, to be sure, but the impending closure is the result of a proposed life sciences building, says general manager Sheila Senat. The development could include “a small retail or similar space” along A Street, but definitely not a sprawling, 10,000-square foot dining venue.

“Due to our building being repurposed for a forthcoming development, Coppersmith’s run in South Boston is sadly coming to an end,” Senat said in a press release. “Our community is so important to us and our customers deserve the best, so we will be hosting an exciting lineup of events until we ultimately say goodbye in January.”

That will indeed include private events; Coppersmith plans to book parties up until the end. It will also feature plenty of happenings that are open to the public, such as a Friendsgiving gathering on November 22; a couple more “Hell Nights” in celebration of spicy food (Wednesday, Dec. 11, and Friday, Dec. 13); an ugly holiday sweater party with cash prizes (Friday, Dec. 20); and New Year’s Eve and Day events.

Revelry, which serves up New Orleans-style po’boys on Boston’s streets and breweries, is also taking over one of Coppersmith’s food trucks most every Tuesday night. Revelry chef (and New Orleans native) Brian Ledet is replacing the regular Coppersmith dinner menu with his versions of Cajun classics like jambalaya, gumbo, po’boys, shrimp and grits, and fried seafood. The Revelry residency began November 12 and is taking Thanksgiving week off, then will continue until the final Tuesday of Coppersmith’s time in Southie.

Stay in touch with Coppersmith on Facebook for more details about its farewell tour, and stay tuned for an exact closing date in early January.