The famously fiery chef chose the Back Bay for the inaugural location of his new Ramsay's Kitchen concept. 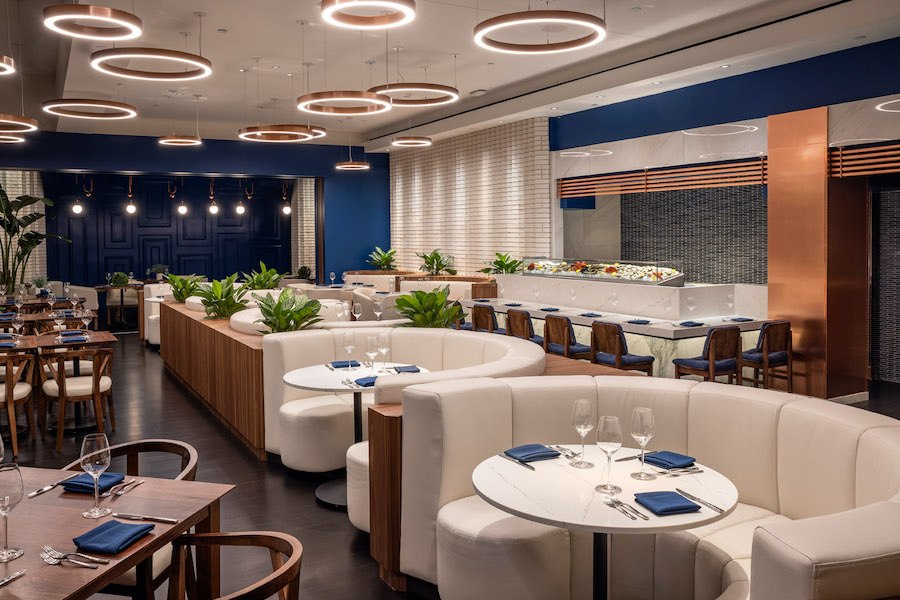 Star chef and food-TV fixture Gordon Ramsay is no stranger to Boston. He attempted to rehab a couple floundering North End restaurants back in his Kitchen Nightmares days; he’s invited a few Hub-based toques—including Smoke Shop BBQ pit master Andy Husbands—to step into Hell’s Kitchen; and he even tapped a Boston chef, Jason Santos of Buttermilk & Bourbon and Citrus & Salt, to mentor the contestants on that hit Fox show’s most recent seasons.

Now, though, Ramsay finally has a connection to the city we can enjoy without the use of a streaming service: He actually has a restaurant here.

Ramsay’s Kitchen, one of the most anticipated restaurant openings of the winter season, debuts today at the Mandarin Oriental hotel in Boston’s Back Bay. It takes over a space that formerly belonged to another marquee name in the food world: lauded French chef Daniel Boulud, whose Bar Boulud was an early business casualty of the pandemic. Ramsay’s even broader, basic cable-assisted recognizability should prove to be a solid bet when it comes to rebooting the ground-floor dining room facing busy Boylston Street.

The place certainly looks brand new—and strikingly camera-ready, at that. Atlantic-blue walls, white brick features and banquettes, and light wood furnishings all add up to an appropriately nautical vibe for the Boston restaurant; decorative, illuminated cables suspended over the navy-hued marble bar, meanwhile, are a design reference to the nightly-glowing Zakim bridge. 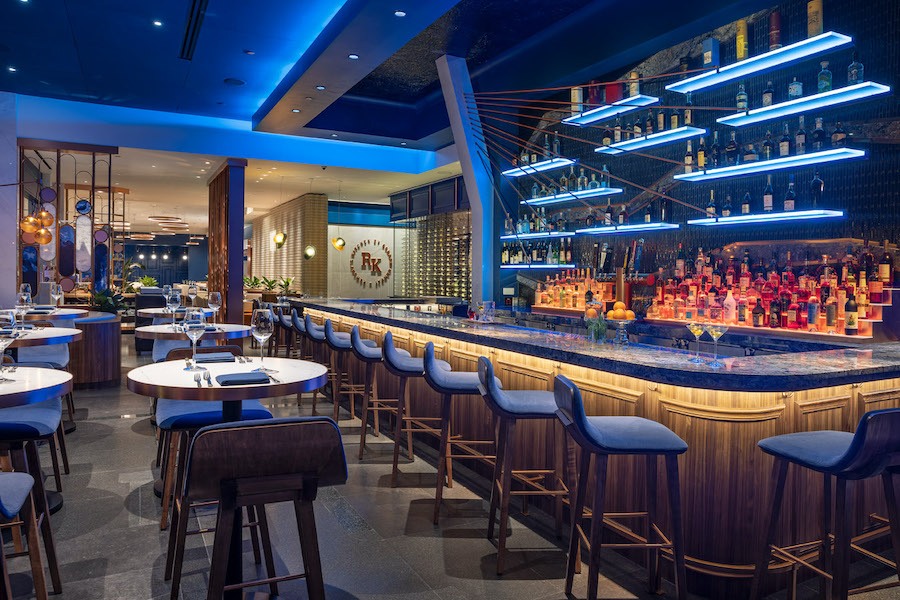 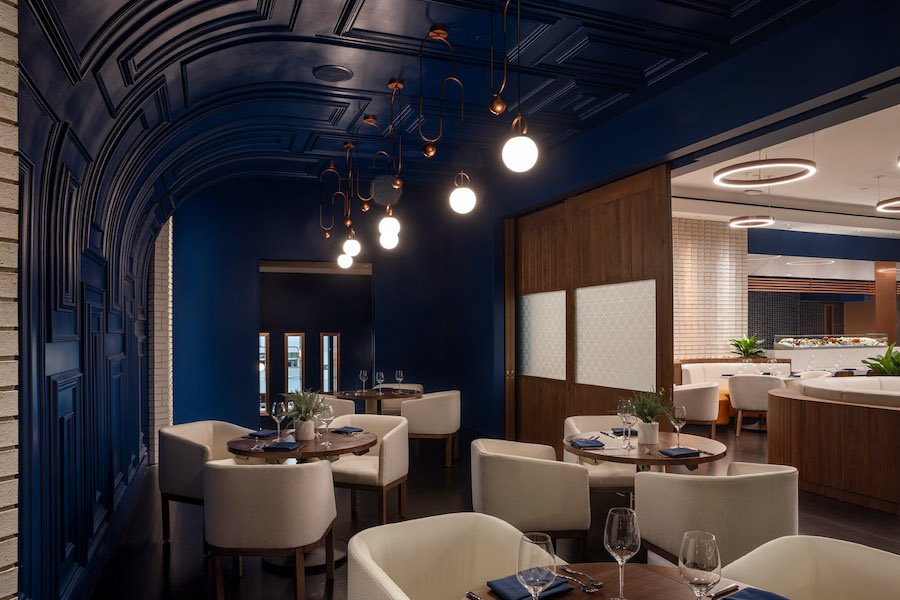 Ramsay’s Kitchen also nods to New England on the menu. Besides the cocktail list’s vaguely threatening-sounding “Boston’s Inferno,” a palate-igniting mix of heavy-smoked whisky and dark maple syrup, there’s the local-brewed lager that is used to steam the mussels with pork belly lardons. You’ll find lobster rolls served both Maine- and Connecticut-style (chilled and warm, respectively)—plus, of course, a straightforward-sounding chowda’, too. There’s quite a bit of seafood available, in fact, including a lobster- and clam-heaped bouillabaisse and oysters for slurping at a dedicated raw bar. All in all, though, the menu is supposed to showcase signature dishes from throughout Ramsay’s career, according to a press release announcing the opening, including his beef Wellington with red wine demi and braised lamb shank with saffron farro. 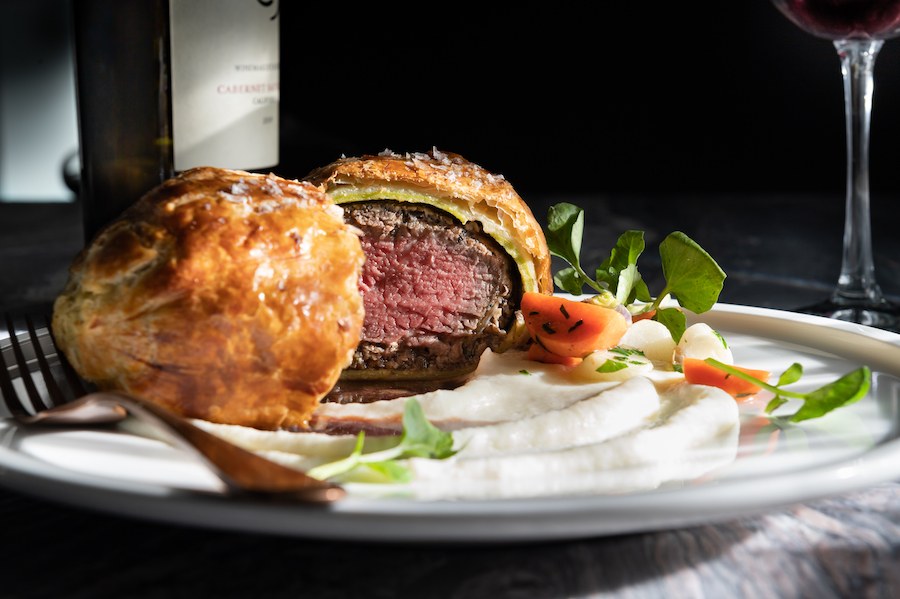 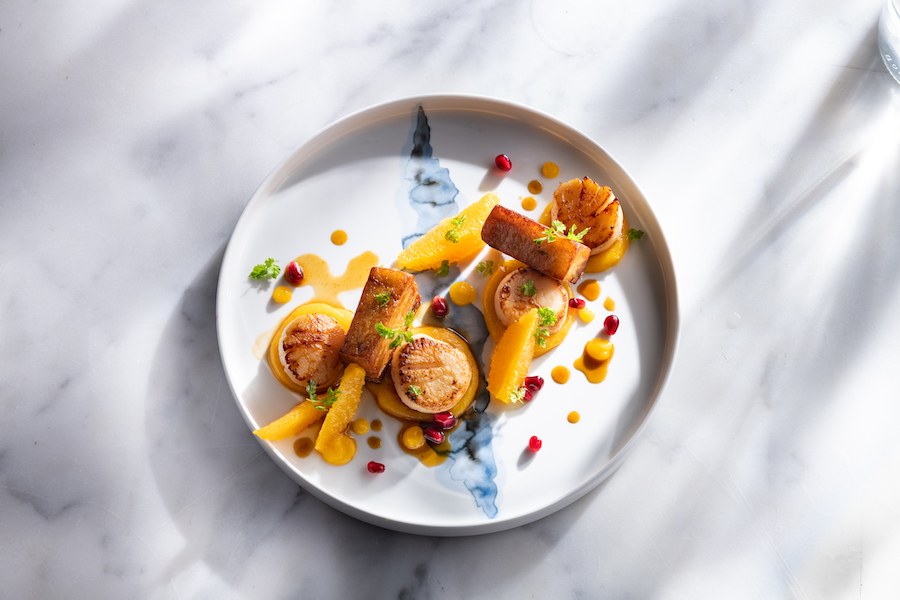 Going with a greatest-hits collection makes sense since the Boston location is intended to be the first of several Ramsay’s Kitchen restaurants, according to its website. It sounds like it won’t be his last project in Boston, either: “We look forward to continuing our expansion plans in Boston and other culinary destinations around North America,” Norman Abdallah, CEO of Ramsay’s restaurant group, said in the release. (A publicist for the restaurant didn’t elaborate on those Boston-specific plans when we reached out.)

For now, anyway, Bostonians get to be the first to step into Ramsay’s Kitchen—and to discover whether the buzz is as hot as his fiery temper on Hell’s. 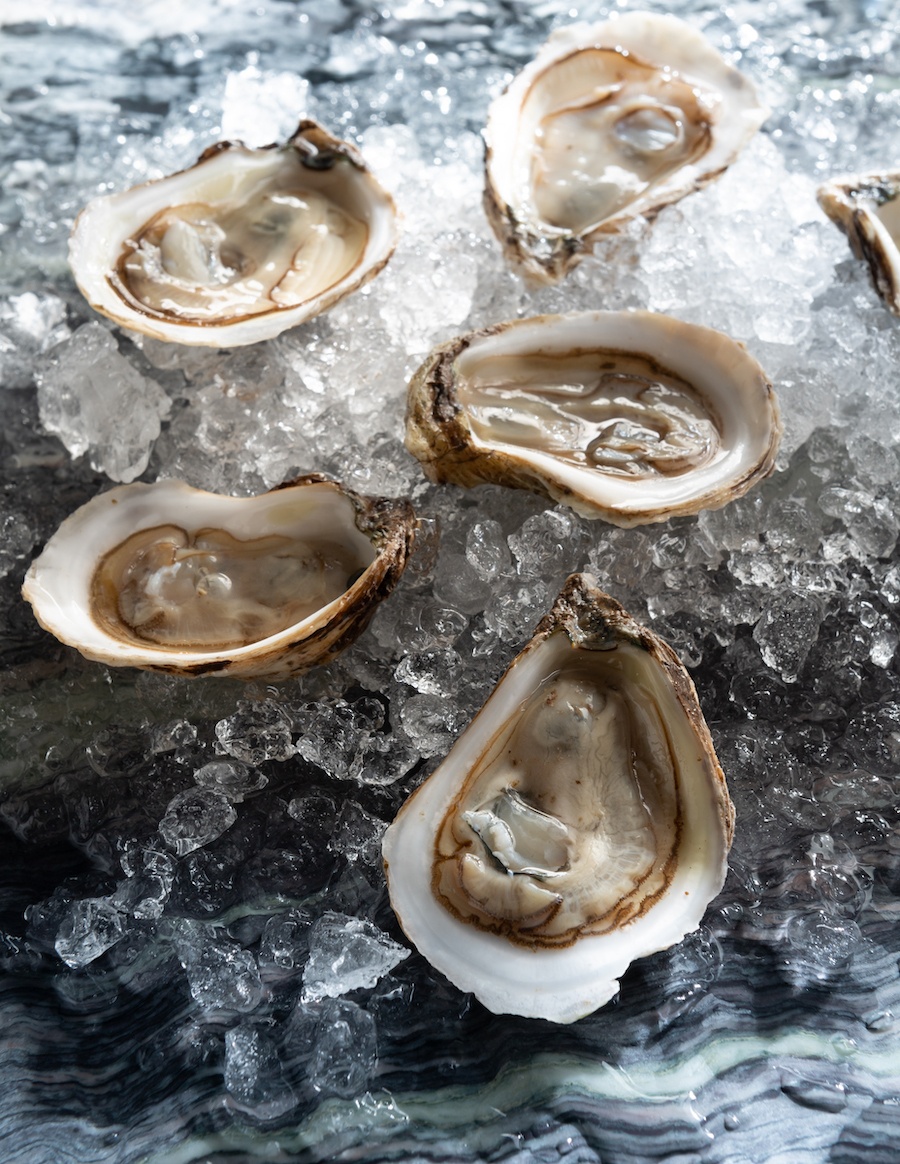