Five New Menus to Try in Boston This Weekend

Wander into the colder months with decadent mac and cheese, a new brunch bounty, and more. 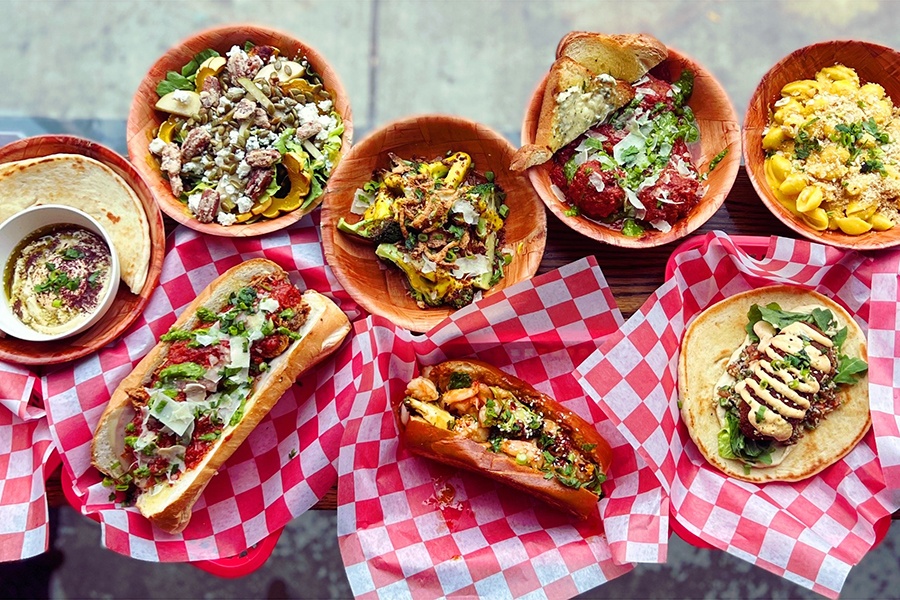 A spread of fall dishes at the Quiet Few in East Boston. / Courtesy photo

Forget leaf-peeping. We’re here to suggest a new—and way more delicious—activity: fall menu peeping, where you pull on your chunky knits and roam the city, savoring goodies from new seasonally swapped menus at favorite restaurants and a few newcomers. From mini golf putting paired with poutine to seafood-slathered toast, all hail these heartier, autumn-friendly meals. 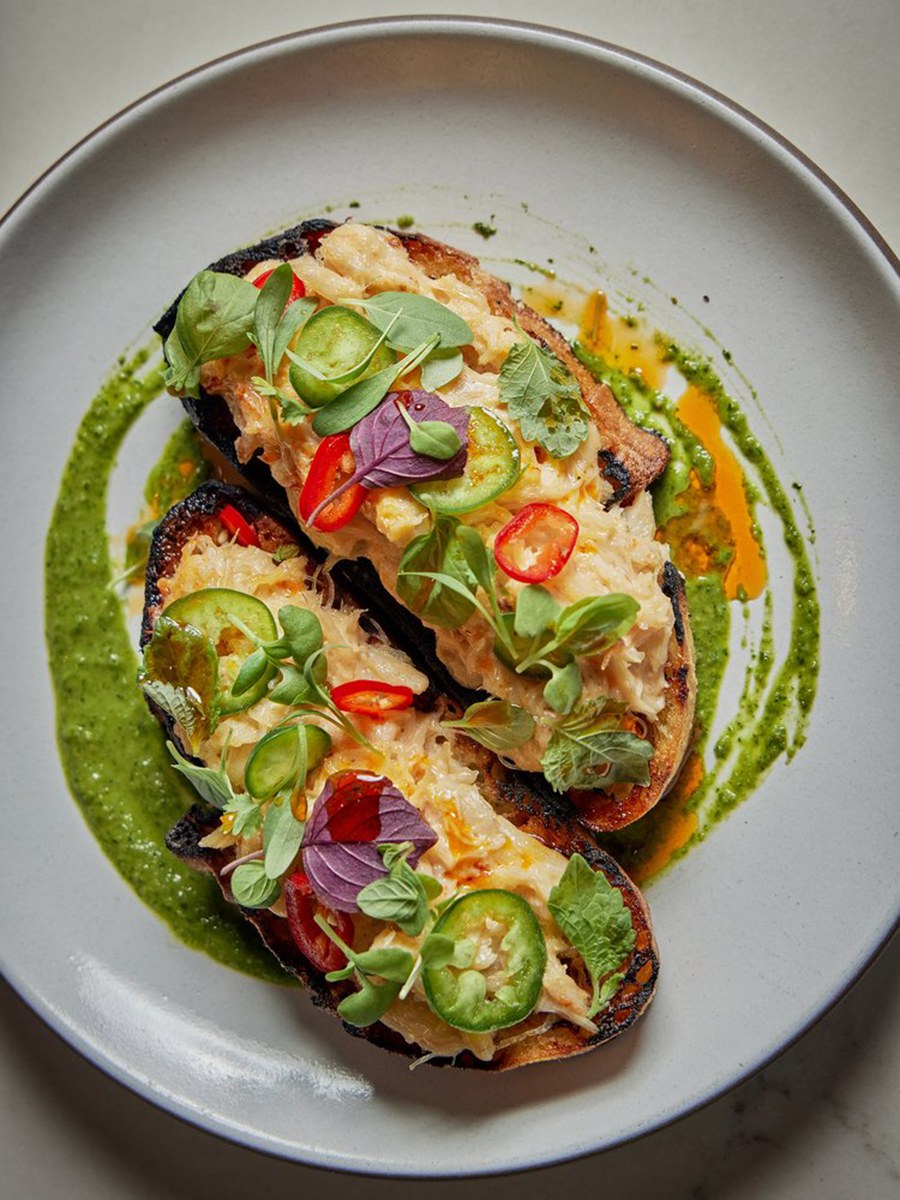 After a leaner schedule in recent years, Chickadee’s dinner service once again soars nightly, as of earlier this month, and chef John DaSilva has added some new nosh to the menu. Along with on-the-fly specials like shishito peppers with parmesan-chili crunch, check out the new Jonah crab toast on grilled sourdough, with its kick owing to zhoug, a green chili and cilantro condiment. “We make an aioli using green crab, which is an invasive species, I’m told, so I guess we’re doing our part,” DaSilva says with a laugh. How to do your part, you ask? Plan lots of flocks to the Mediterranean-inflected spot in the Innovation and Design Building, and bring your friends. Plus, you might recognize a recent return migration: The smoked sea scallops over a warm fingerling potato salad that’s topped with trout roe, crème fraîche, and herbs hails from DaSilva’s time at Spoke Wine Bar in Somerville. Be on the lookout for when a new dim sum cart with raw-bar beauties and warm specials rolls in later this winter, too. 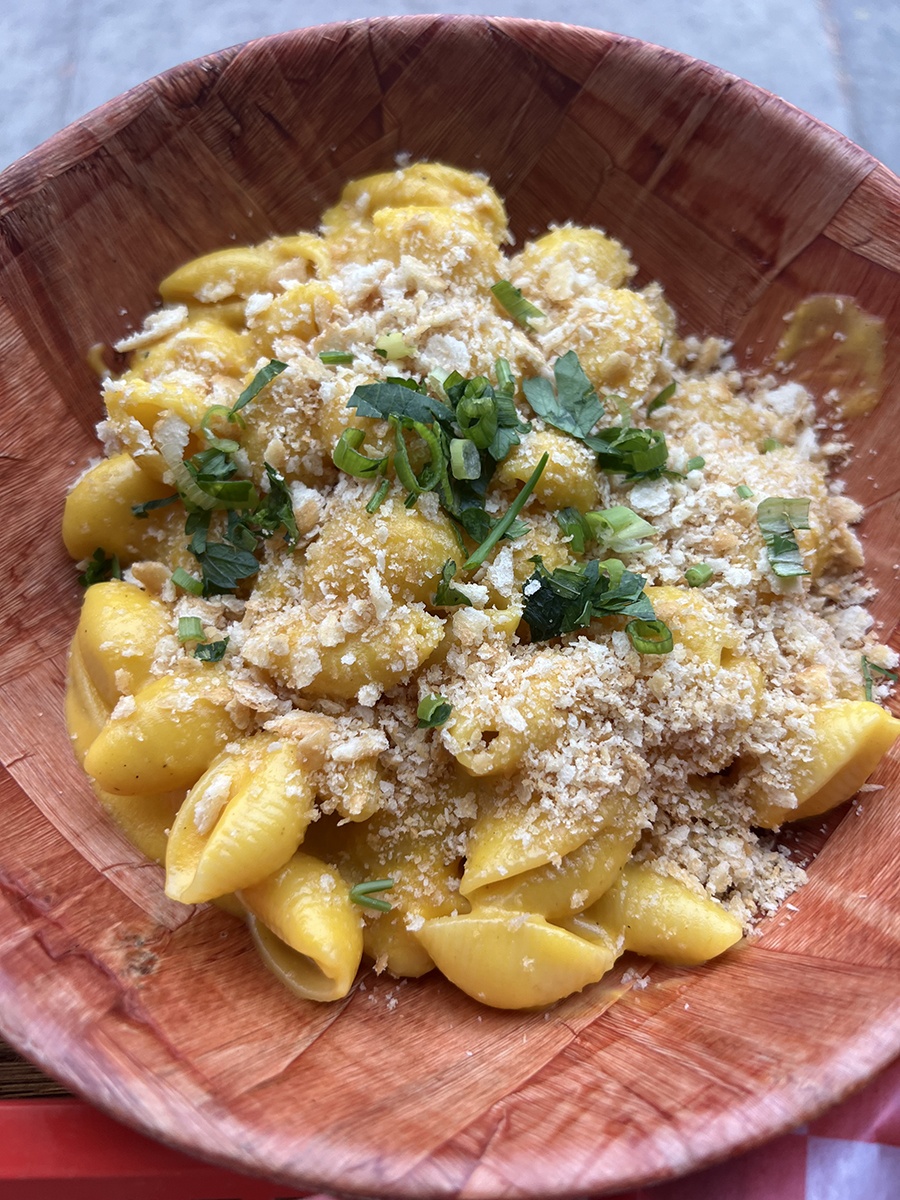 You can thank the dipping temperatures for your chance to dip into the velvety cheese sauce of the Quiet Few’s mac and cheese, which returned to the menu of the favorite Eastie bar and restaurant earlier this month. Slipping into a hot tub of the stuff is the dream—while sipping a new-to-the-menu WhistlePig eighteen year double-malt rye, naturally—but in the meantime, savor it slathered on shell pasta and topped with Ritz cracker crumbles and herbs. “I’m a huge fan of the mac and cheese, but so far the fancy broccoli has been getting a lot of love too,” says owner Josh Weinstein of the fall dishes. Get a jump on the inevitable “eat more vegetables” New Year’s Resolutions with an order of the oven-roasted fancy broccoli—sure, it’s topped with Cheez Whiz, bacon bits, and onion strings, but it still counts. As for new cocktails, the Coffee & Cigarettes is the answer to customers clamoring for espresso martinis. “It’s our own twist, with a German rye whisky, which has a ton of dark chocolate and coffee notes,” he says. 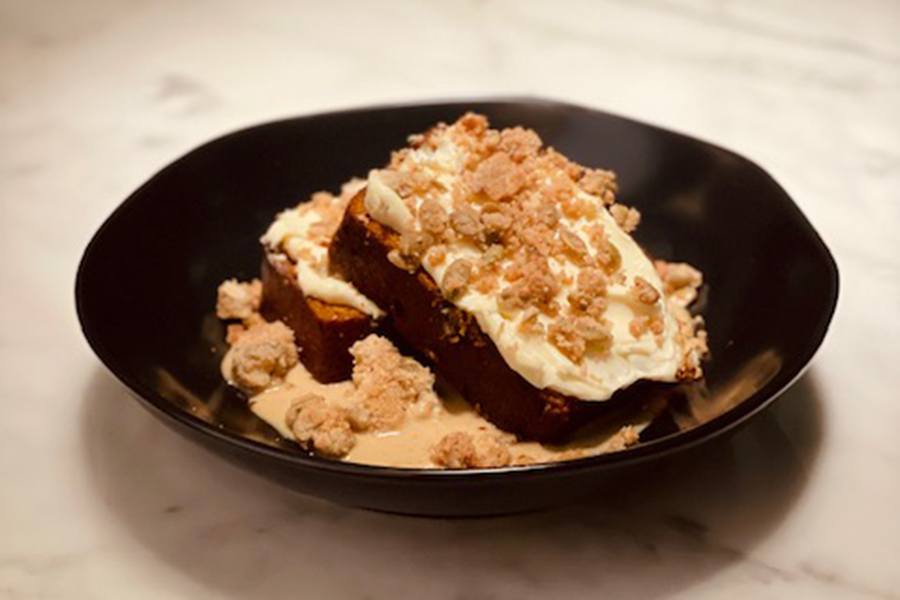 There are few more music-to-the-ears phrases in the English language than “new brunch menu.” And the just-launched fall brunch menu at Grana is beyond lyrical—perfect for the glam opera hall-like digs of the Italian eatery within the Langham. The bevy of brunch bites, inspired by autumn flavors and locally sourced items, include a carbonara riff on the classic Benedict with pancetta and a pecorino hollandaise, plus a decadent savory cannoli filled with creamy lobster salad and topped by optional caviar. For a sweet note, check out the pumpkin French toast, which sings with a pumpkin seed streusel and a rum raisin sauce that “cuts the richness with its hints of anise and cinnamon,” according to executive chef Stephen Bukoff. “For the rum raisin sauce we essentially make an anglaise by whipping egg yolks and sugar and adding warm cream,” he continues. “But the addition is the rum-soaked raisins that are pureed and folded in.” For a duet of seasonal boozy goodness, pair it with a pumpkin espresso martini. 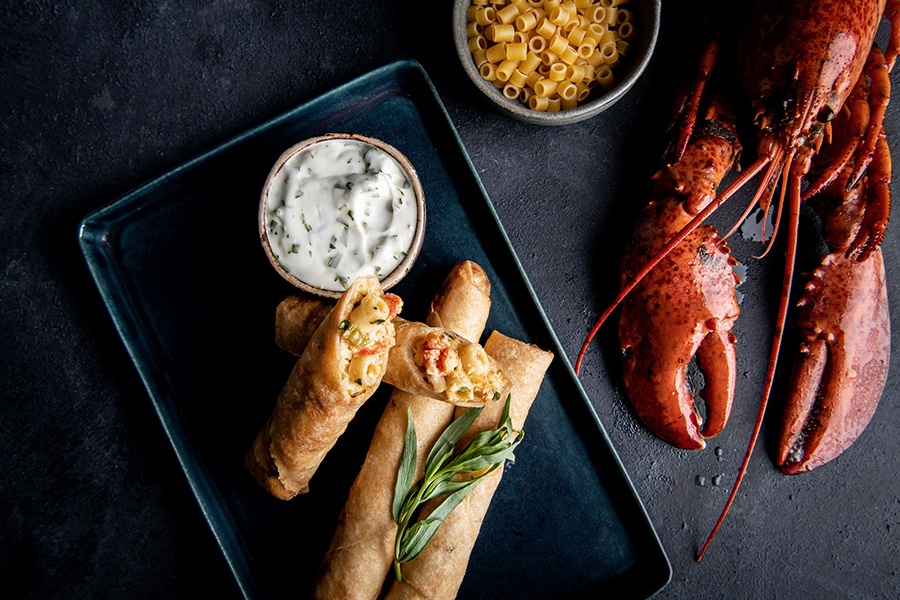 Looking to tee up some plans for the weekend? Putt on over to Puttshack, a techy reboot of mini golf with big club energy—à la social darts destination Flight Club and pumped-up ping pong spot Spin—which just opened in the Seaport. The latest outpost from the Chicago-based brand sees four mini golf courses spread out over two floors, with two bars and a main first-floor dining area. Though the focus is mini golf, expect big flavors from the global-inspired eats, from Korean bao buns with smoked pork to kicked-up Canadian poutine with red wine bacon gravy and goat cheese crumbles. Mark Boyton, Puttshack’s VP of global food and beverage, singles out the Boston-specific Boston Tailpipe as a favorite snack. “Naturally, we took Boston’s undying love for lobster and crafted a creamy, decadent lobster mac and cheese spring roll served with fresh tarragon aioli,” he says. Plus, a dollar of every purchase of the dish benefits youth nonprofit Wonderfund of Massachusetts. Mini golf plus lobster and local love might be just what you’re looking for—or fore. 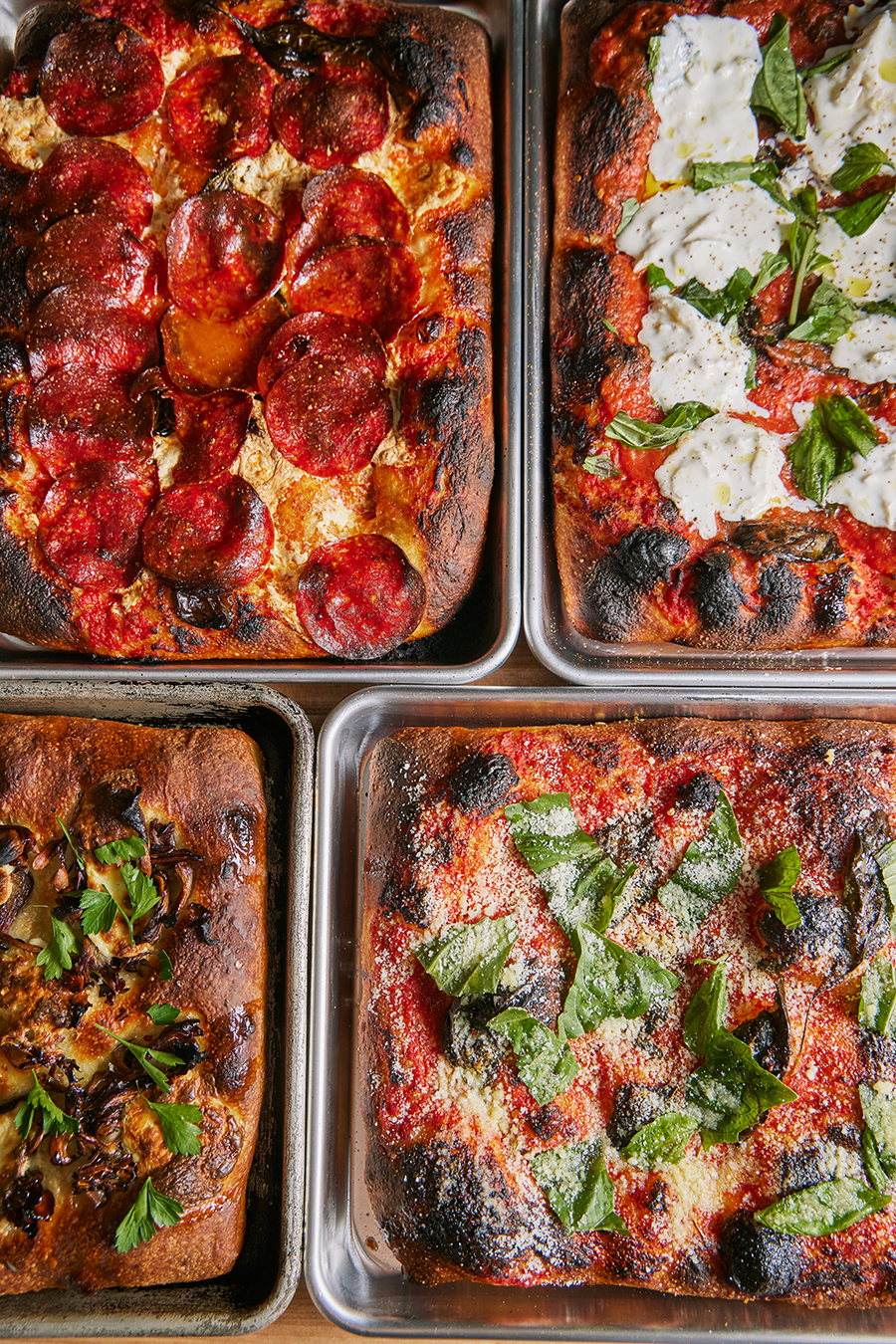 We already cued you in on the Italy-and-beyond delights of Tonino, which just opened in JP. But if you need another nudge to give into the Tonino temptation, take a cue from chef Luke Fetbroth and order up his favorite tomato pie. “I grew up driving to Philly to visit family, where tomato pie was the arrival treat we’d look forward to after six hours in the car,” he says. “Ours may not be the most traditional—swapping the thick, tomato paste-like sauce for a lighter, brighter tomato sauce and using our house-made pizza bianca dough, which has a more open crumb than the typical focaccia-like bread—but it’s still a slice that brings me back to my childhood every time I eat it.”