From Students to Global Citizens: Why Educating Through a Global Lens is Critical in Today’s World 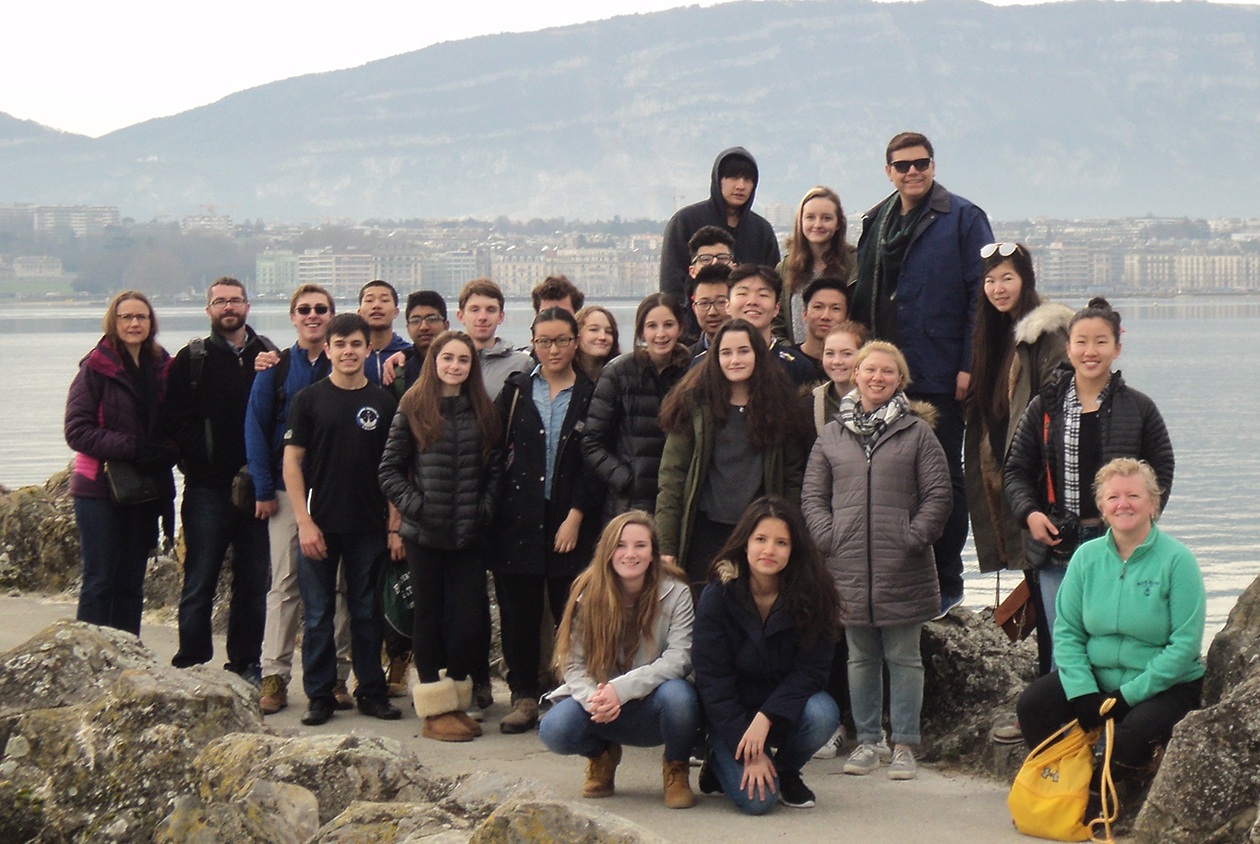 Amidst the current climate, and in a rapidly shrinking world, schools across the country are now shouldering the responsibility of embracing globalization in the classroom.

But Brimmer and May, a pre-Kindergarten through grade 12 independent day school in Chestnut Hill, has made this message a top priority for years.

Head of School Judy Guild says she sees global studies as more than a field – it’s a mission. The school’s core values are respect, responsibility, honesty, and kindness; this year’s educational theme revolves around the ideas of empathy and ethical thinking.

“Children and adults alike need to understand that empathy can be taught,” says Guild. “One of the challenges in schools right now is addressing what is playing out on both the national and the international stage. Fortunately, Boston has a broad population of people who come here to study or work and we have families from all over the world. Our students come from various backgrounds, and everyone has a unique story.” 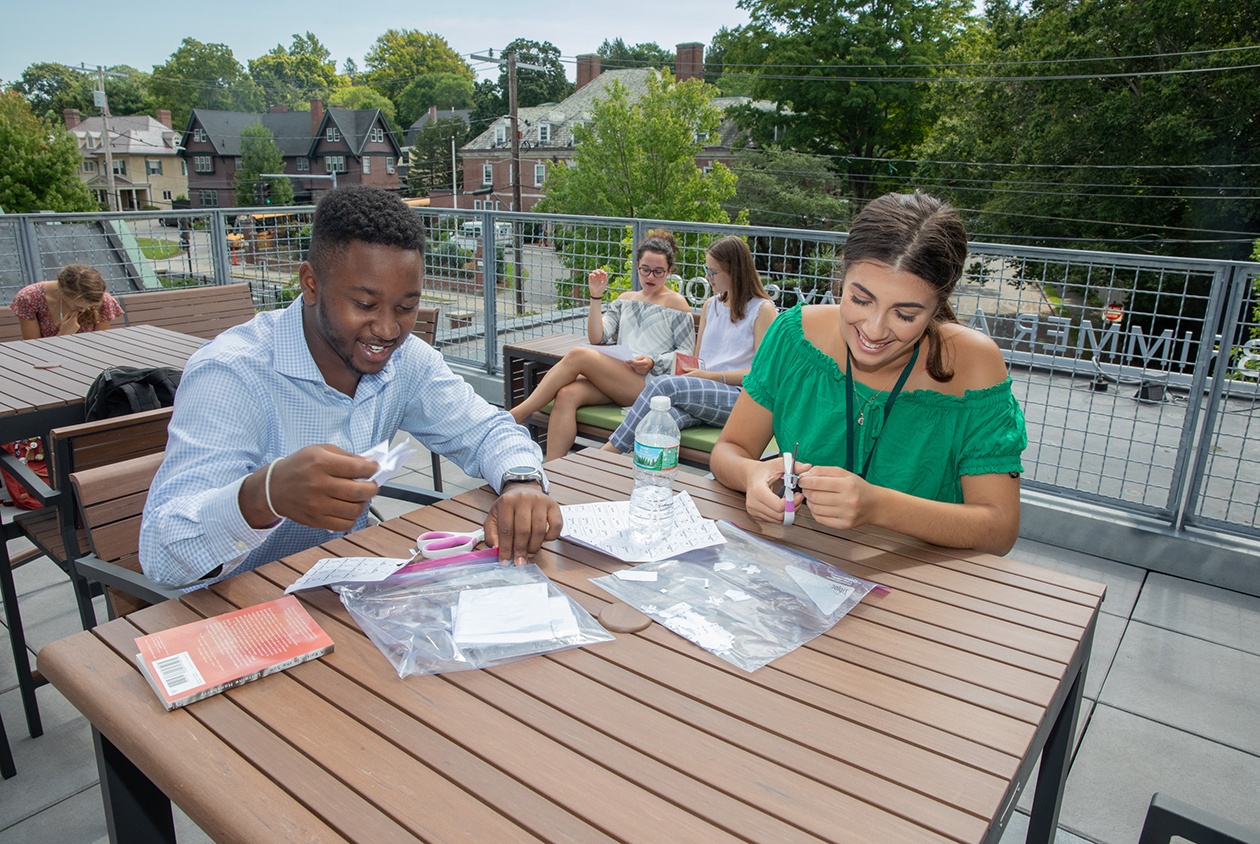 At Brimmer, students begin studying French in pre-K and continue through fifth grade, where they then integrate Mandarin and Spanish lessons. The global education program utilizes technology to assign collaborative projects with students in Latin America, Central Europe, and Africa.

A Global Studies Diploma is available for students who complete European history, modern world history, geography, a global studies survey class, and four years of language study, plus a concentration of study in economics, political science and culture studies, science, or world languages. Students expand their knowledge of what it means to be citizens not only of the school community, but of an interdependent world. The curriculum reflects the belief that today’s students must be fully conversant with other peoples, cultures, and languages with an integrated approach to learning. The program stresses interdisciplinary studies, which help students understand the connections between subjects and give them a comprehensive view of the world. Kelly Neely, Director of Global Studies and co-chair of the Humanities Department, ensures the program meets Brimmer’s needs.

For the last seven years, Neely has also overseen Winterim, an Upper School program that allows students in grades 9 through 12 to travel abroad for a week in March. A hallmark of Brimmer’s curriculum and a favorite among students, past trips have included Senegal, China, Japan, Cuba, Italy, Ireland, and more. 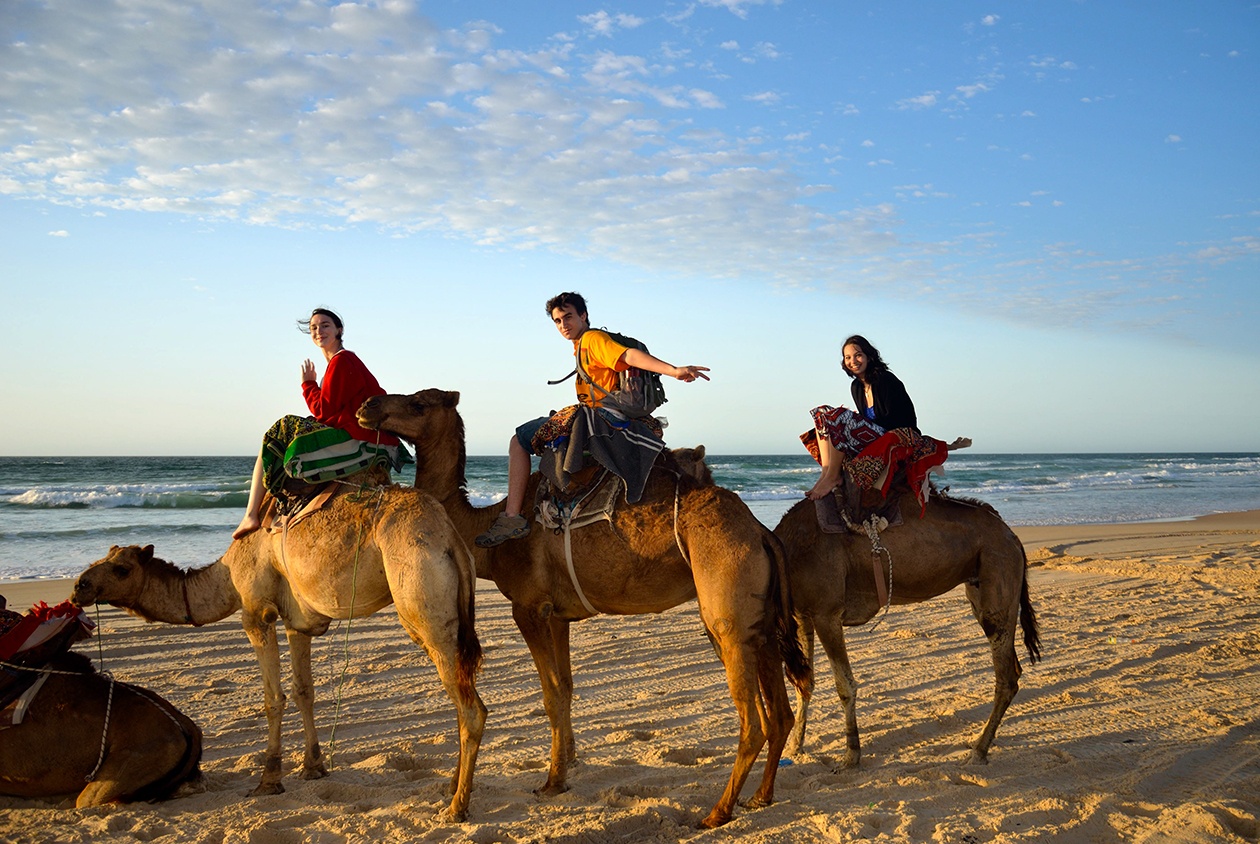 Neely says one of her most memorable Winterim experiences included a service trip to the Dominican Republic. Students taught art lessons at a local school, helping organize the library and improve the outside appearance of the building.

“They were nervous,” says Neely. “We were going to a developing area and the level of poverty they were going to see would be different from what many had experienced or witnessed previously. But they jumped right in and they loved working with kids. They still talk about how it was one of the best experiences of their lives.”

Assistant Head of Academic Affairs Joe Iuliano says all three of his sons (now graduates of Brimmer) earned their Global Studies Diploma with distinction, and Winterim was an integral part of their experience. Iuliano chaperoned a trip to Vietnam and Cambodia with his son, and he plans to lead a group to Venice and Croatia this school year. 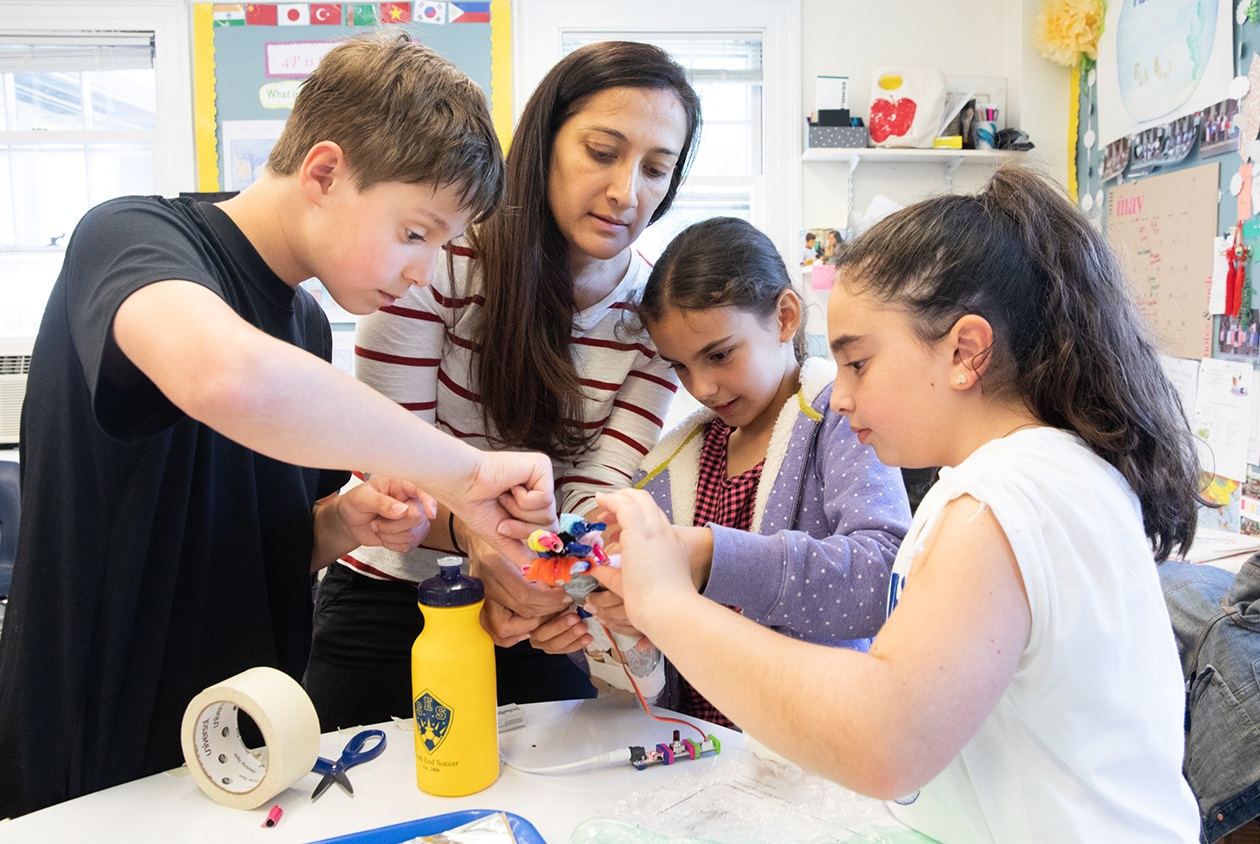 “It’s going out in the real world,” he says. “There are parts of it that you really need to understand and significant historical events that are instilled in the culture.”

As both a Brimmer parent and teacher, Iuliano says it’s important that children start learning through a global lens as early as possible.

“Students are like sponges when they’re young and everything is exciting to them, so it’s the perfect opportunity to introduce this idea of being global citizens,” he says. “It’s the idea of thinking outside yourself. It starts with family and you move outward from there: the school, the community, Boston, Massachusetts, the United States, the world. It’s all about perspective.”

Leslie Guggiari, a 1973 graduate and current member on the Board of Trustees, says she was inspired to major in Asian studies at Skidmore College after taking an Asian history elective course during her junior year at Brimmer.

“Traveling down the hall between American history and then to Asian history, it made me realize there was a big difference between 250 to 300 years of history versus 2,000 to 3,000 years of history,” she says. “It helped inspire this big desire to see the world.” 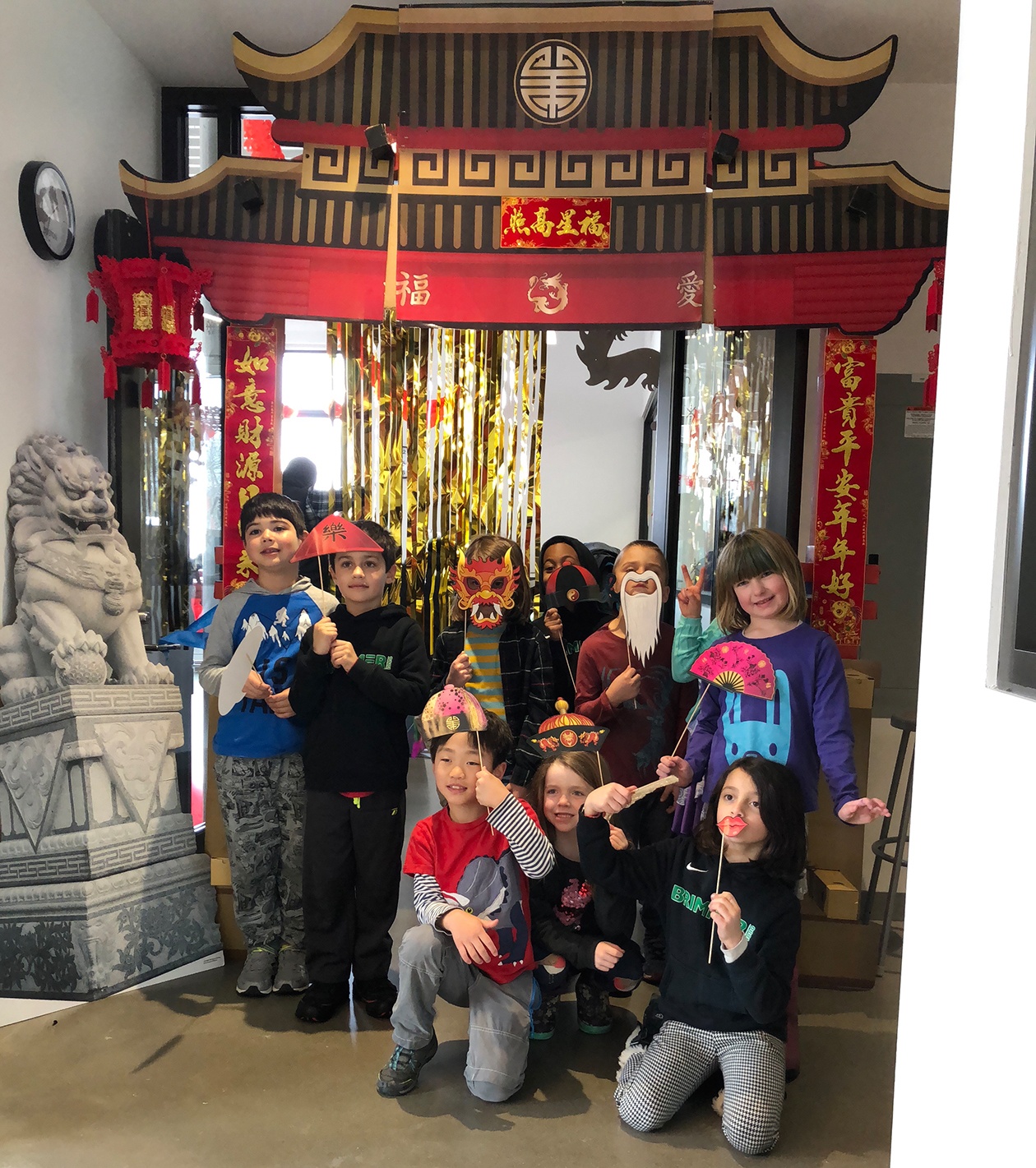 Guggiari moved to Switzerland after completing her master’s degree at the School for International Training in Brattleboro, Vermont. For 15 years, the Massachusetts native served as the Dean of Student Life and Engagement at Franklin University in Lugano, Switzerland, helping students adapt to a new culture and lifestyle.

“That’s always been my passion,” Guggiari says. “Being able to help people understand and respect and acknowledge the differences between people, so we can all be more tolerant and accepting. Thankfully, Brimmer taught me that message early.”

As Head of School, Guild says she can walk down the hallway at any point during the day and see or hear diverse lessons about Africa, Latin America, Antarctica, or the Silk Road, whether it’s through artwork, music, food, science projects, or representations of cultural landmarks. She’s proud that her students are developing the cultural competency to understand, value, and communicate across differences and to also have the empathy to see similarities.

“I have the privilege of seeing all students in 14 grades every day,” says Guild. “Watching their eyes light up when they learn something new about the world is my favorite part of my job.”

Brimmer and May will host an Open House on October 21 at 1 p.m. for the Lower School and 2 p.m. for the Middle and Upper Schools. For more information, visit brimmer.org.