“Memory Unearthed” Opens at the Museum of Fine Arts

The exhibit displays the work of the photographer Henryk Ross, who documented life in the Lodz Ghetto in Poland. 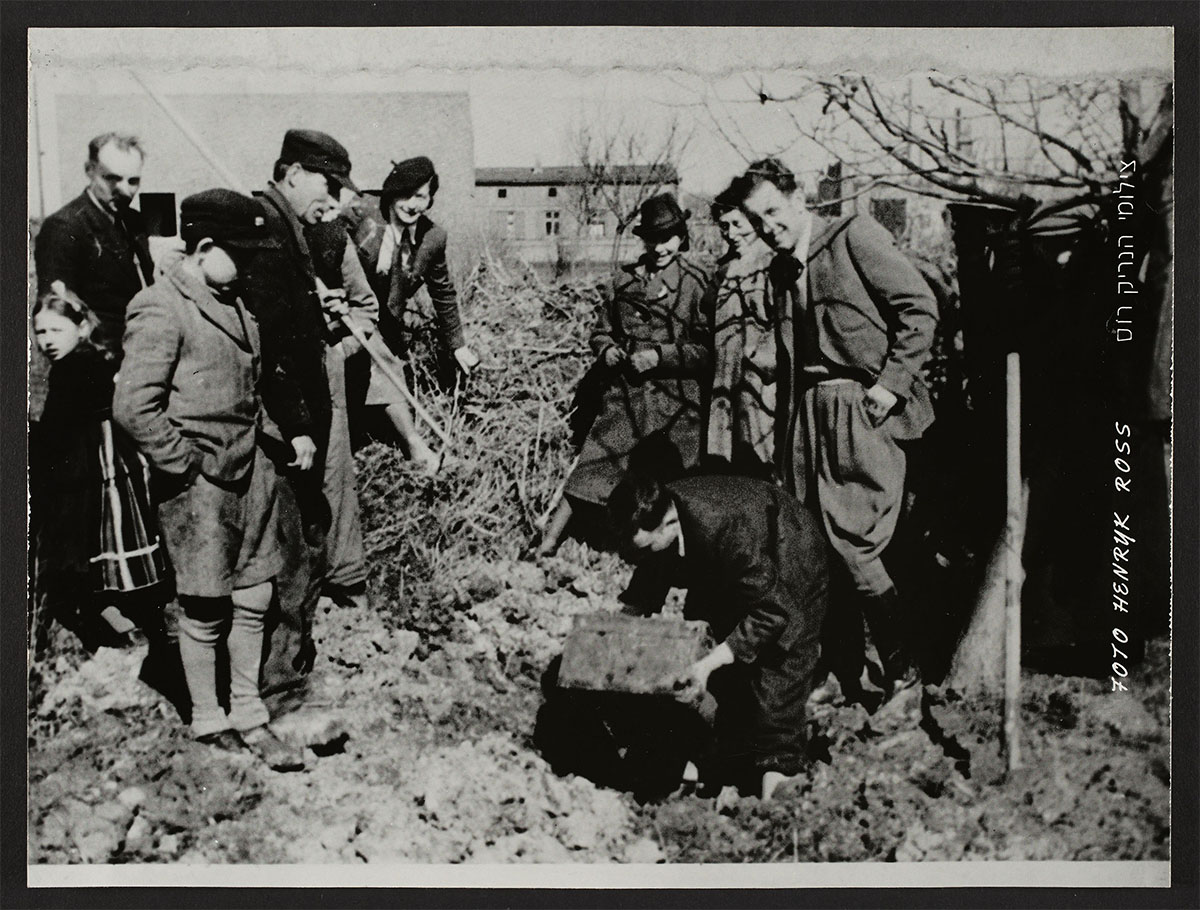 A new exhibit at the Museum of Fine Arts offers a rare glimpse into daily life inside a Jewish ghetto in World War II Poland. Photographer Henryk Ross was tasked with documenting daily life in the Lodz ghetto in Poland for the Nazis, and the resulting photographs span the propagandistic to the horrific, as Ross used the opportunity to record both what he was asked, and what he thought history needed.

The exhibit’s title, “Memory Unearthed,” comes from his desperate effort to preserve his negatives in the final days of the ghetto’s existence, when he buried the negatives in a box underground before returning the next year, after the Russian army liberated the ghetto, to retrieve his photos. The negatives were later used in the trial of Adolf Eichmann, and proofs from that collection are on display at the MFA.

The Lodz ghetto had 240,000 residents to start, but by the end of the war, only around 800 people had survived, including Ross and his wife, Stefania, who accompanied him on many of his photo shoots.

While his original negatives have been placed in a freezer to protect them, digital prints of the images, as well as contact sheets and digital prints line the walls of the rooms devoted to the exhibit. There are also prints created by Ross himself in the years following the rescue of the negatives. Some images are clearly part of his initial assignment, documenting the productivity of the Jews in the ghetto working in a leather factory, as well as ones that he took without the Nazis knowing, including a photo of a man saving a Torah from the destruction of a synagogue. In a video interview playing in one of the rooms, Ross demonstrates how he secretly took photos by tucking his camera inside his jacket. Indeed, curators explained that the man who saved the Torah initially was terrified that he’d been caught in the act, before posing for Ross once his motives were clear. 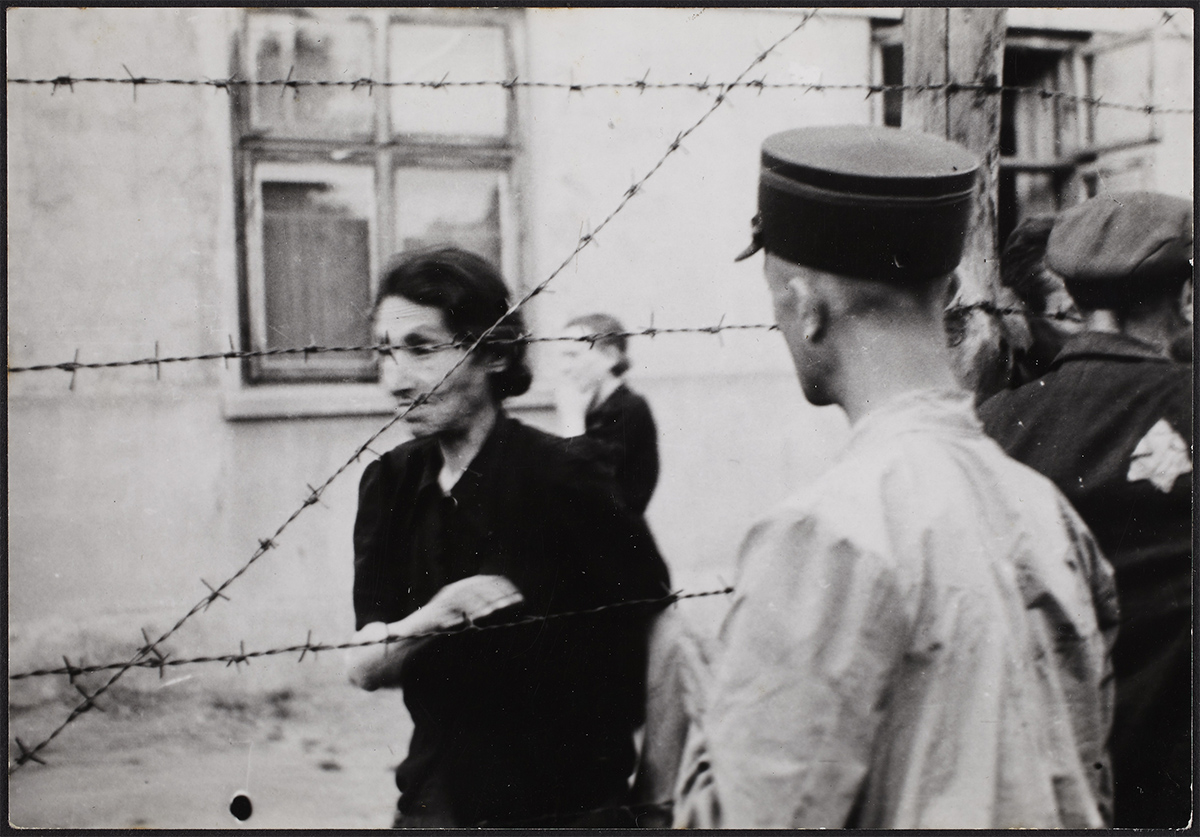 As to what inspired him to take such a tremendous risk, Maia-Mari Sutnik, the Art Gallery of Ontario’s curator of special photography projects, explained that at base level, Ross “was a storyteller,” going on to say that the forced labor and strict rules of the ghetto were something he needed to explore: “I think he saw that this was something that was a huge facade.” Even the photos that appear to show the images the Nazis wanted, of Jews living happy, healthy lives, are told “in a very defiant way,” with the images representing a sort of resistance on their own. “He wanted to leave a historical record,” Sutnik explained. 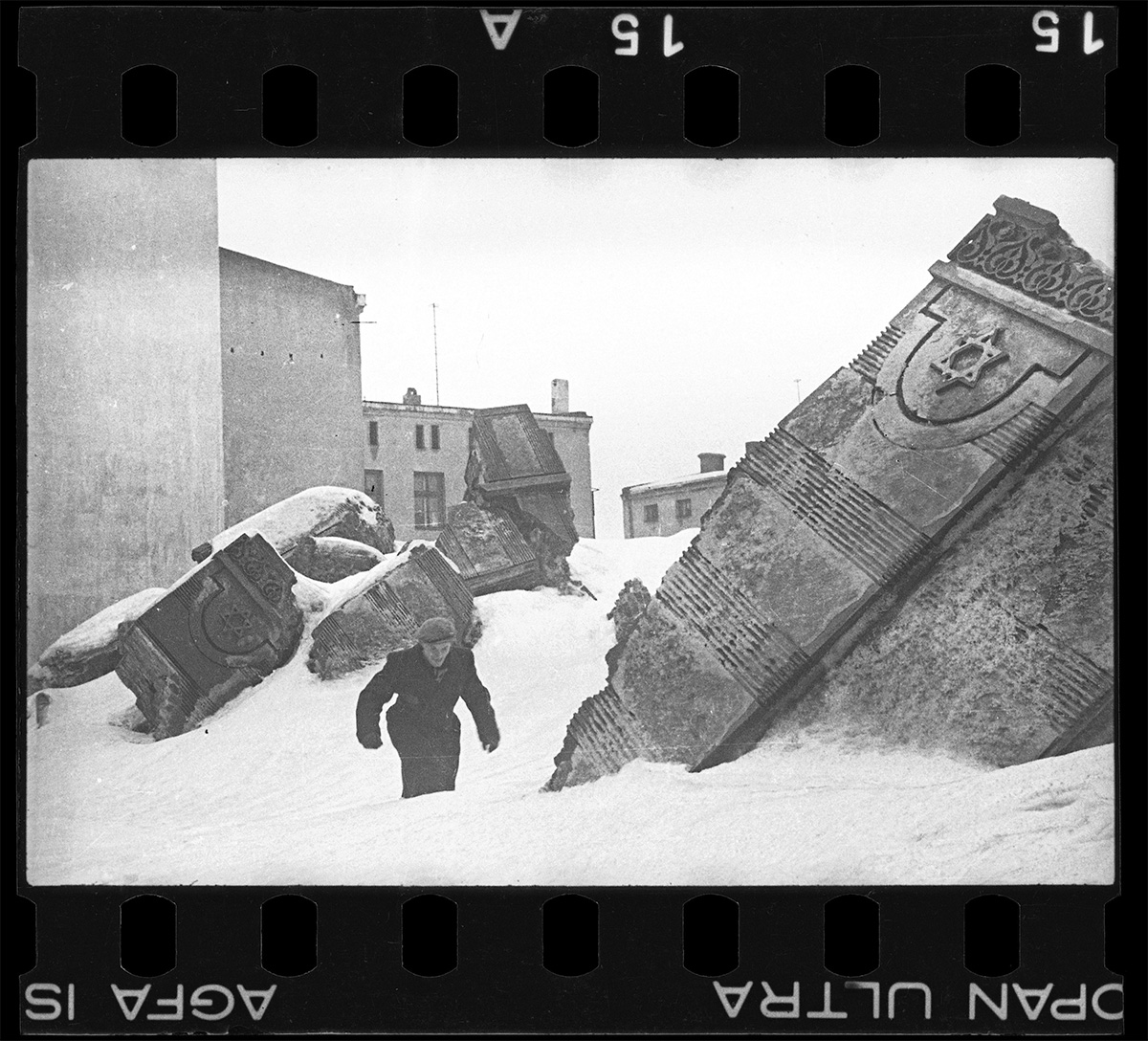 Ross was also very savvy about the ways in which he completed his mission, as he was often careful to photograph large groups of people together for the Nazis, in order to preserve film for his secret efforts. The time underground wasn’t totally safe for the images—some of the negatives were damaged by groundwater, but those effects have been saved in the resulting prints as a piece of their history.

“Memory Unearthed: The Lodz Ghetto Photographs of Henryk Ross” was organized by the Art Gallery of Ontario, in association with the MFA, and is on display next to another exhibit about refugees and displaced persons, called “I Must Tell You What I Saw: Objects of Witness and Resistance.”