The Cambridge-raised actress is appearing in the heist film alongside Sandra Bullock and Cate Blanchett. 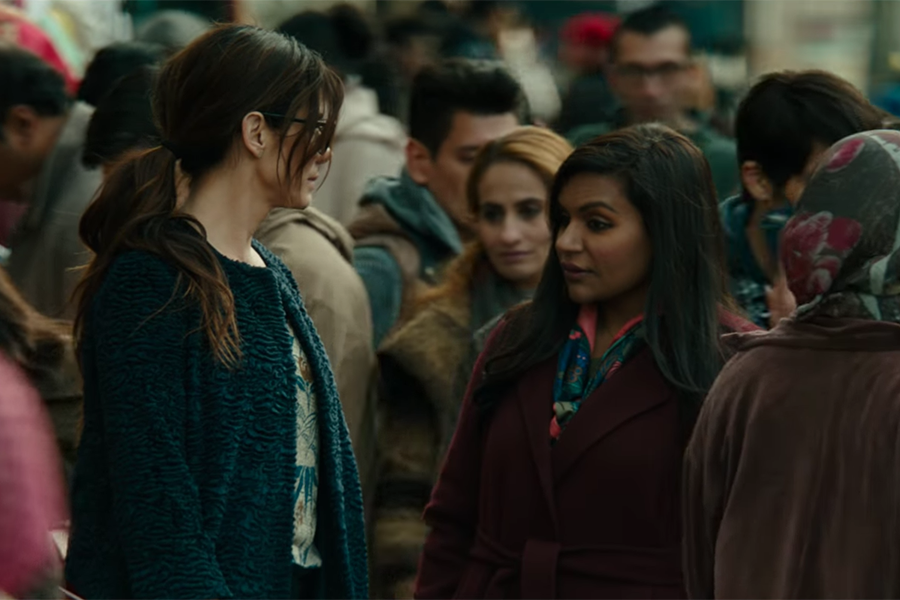 Mindy Kaling’s schedule seems to be pretty full these days. Her popular Hulu series The Mindy Project wrapped up earlier this fall, and since then, she’s hit the cover of Time magazine for her role in the new Ava DuVernay-directed A Wrinkle in Time adaptation, and now the first trailer for her heist film, Ocean’s 8, has arrived.

The movie stars Cate Blanchett and Sandra Bullock, and Kaling, based on the trailer, is some kind of jewelry forger who’s eager to stop living with her mother. While the movie has been in the works for a while, this is the first time we’ve gotten a glimpse of what the heist is. Namely, they’re going to be stealing a priceless necklace from Anne Hathaway at the Met Ball. Sorry, Anne.

For those hoping for a bit of a connection to the George Clooney/Brad Pitt films, there’s a suggestion in the trailer that Bullock’s character is related to Clooney’s. It is called Ocean’s 8, after all. The movie won’t be out until June 18 of 2018, but the trailer at least suggests you’ll get all the glitz, glamour, and wisecracking you expect from an Ocean’s movie.