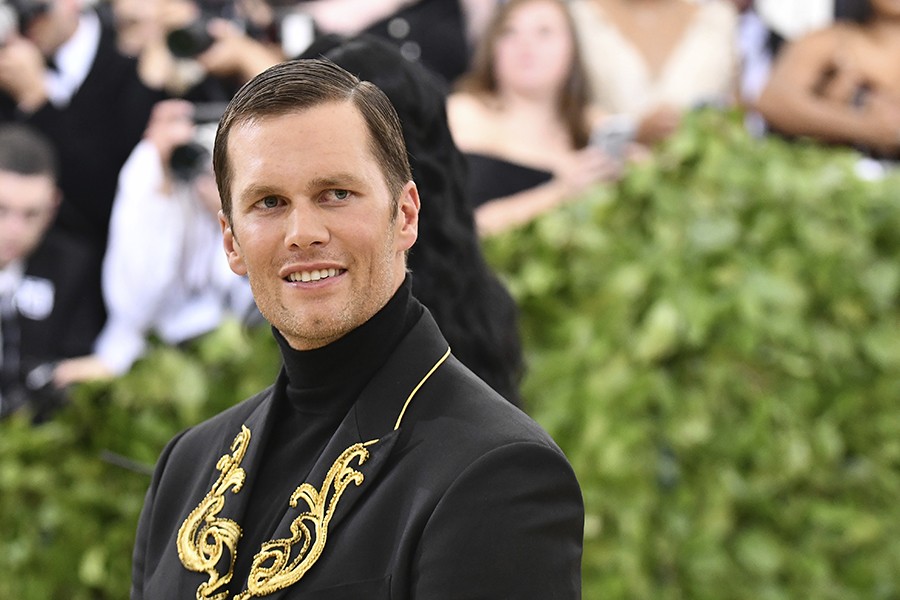 Tom Brady’s on-field heroics can sometimes feel like they’re conjured by a magician, and his Met Gala ensemble seemed to echo the wizardly refrain.

The G.O.A.T. sported a black tuxedo with gold detailing and a pair of very shiny shoes to the “Heavenly Bodies”-themed fundraiser on Monday night. He also wore a black turtleneck underneath his jacket, because if anything screams “fashion forward” it is a garment that brushes the bottom of one’s chin.

Brady attended Anna Wintour’s signature event beside his wife, the model and human embodiment of positivity, Gisele Bundchen, whose stunning golden Versace gown looked like silken sunshine. But it was not Bundchen’s ensemble that captured the hearts and keyboard strokes of the Twitter faithful. It was Brady’s suit, which reminded the online jokesters of everything from a bullfighter to a circus performer.

tom brady looks like he’s about to ask a room full of people to suspend their disbelief and believe in the power of magic just for one night pic.twitter.com/VO98UB5gyq

Tom Brady almost didn’t come to the gala because one of his tigers is sick pic.twitter.com/bC0Qk5O5Zw

Tom Brady is the villain in a Latin James Bond Musical pic.twitter.com/CYcBhyFwn7

Meanwhile, Cambridge-raised actress, comedian, and all around queen Mindy Kaling looked like pure royalty on the red carpet. The Oceans 8 star turned heads in a gown by the Greek designer Vassilis Zoulias paired with navy gloves and a jaw-dropping jeweled crown.