Want to know what it’s like to work with Hillary Clinton, party with Elton John, or save a Turkish wedding from a hailstorm? Boston’s own events impresario to the stars finally tells all. 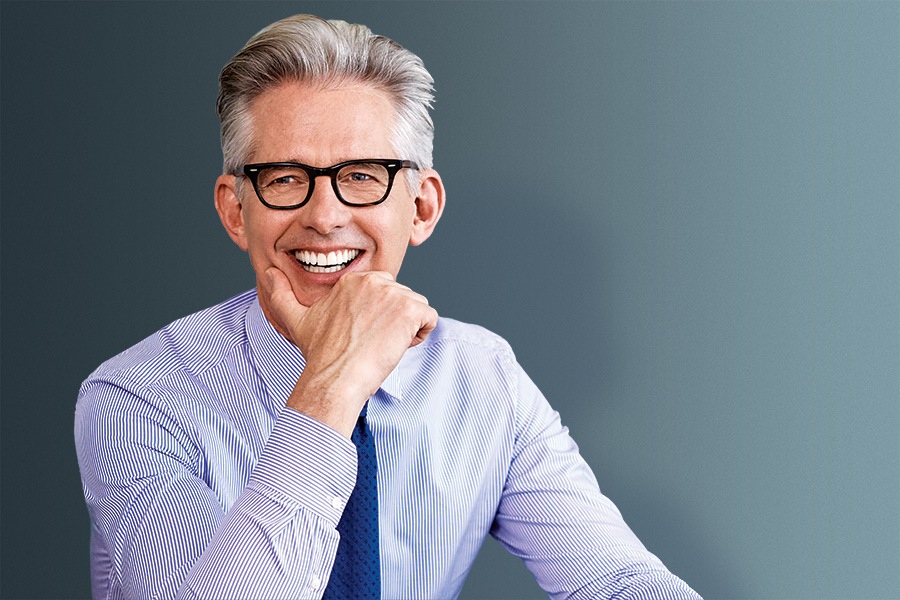 Whippet thin and always impeccably dressed, party planner extraordinaire Bryan Rafanelli is rarely without a smile, whether an act of God is threatening to derail a million-dollar wedding or someone is pointing out a faux pas in the seating chart for a state dinner at the White House. Not to put too fine a point on it, but he makes Jay Gatsby look like a piker when it comes to throwing parties. Since founding Rafanelli Events in 1996, he has produced more than 2,000 extravagant galas and blowout weddings and birthday parties—and helped raise gobs of cash for presidential hopefuls such as Pete Buttigieg. Now he’s sharing his secrets in a new book out this month, A Great Party: Designing the Perfect Celebration. With his husband, top Hillary Clinton aide Mark Walsh, nearby, Rafanelli sat down to talk about parties and politics.

Tell me a secret about Hillary.

She’s a girly girl. I love to watch her looking at other ladies’ bags. She’s just one of the ladies, and I think people don’t always understand that because she’s so strong. She’s such a leader, obviously, but she’s also really just one of the girls.

Ever since you did Chelsea’s wedding, you’ve become a bit of a political animal. Which pony are you backing in the 2020 election and why?

I am all in with Mayor Pete. He’s my guy. He’s extraordinary. I never thought I was going back to the dance. I was, as you know, all in for Hillary, but I was so disappointed with 2016 and I really thought I’d just sit back and wait. But that’s what happens in life. Mayor Pete got my attention, and I actually had a phone call with him. I liked the people he surrounded himself with. He’s running an innovative campaign. I like the energy. He has a clear, calm demeanor. And there’s an authenticity there that I hunger for.

Did Hillary have any influence on that?

No. I’ve talked to Hillary several times, but we haven’t talked about Pete. There’s no question that there are people in Clinton land who are working for Pete, and that’s how the original call happened. But I don’t feel influenced at all.

Was the Clinton wedding the most logistically difficult event that you’ve ever done, or has another event topped it?

Yes, I’d have to go with Chelsea Clinton’s wedding, because you’re creating a part of history doing the wedding of an only child of a U.S. president whose mother also happens to be secretary of state. The complications, just on paper, of all of that made it incredibly challenging. I like everything to be private, and I’m very proud that there are only six photographs of that wedding in the world that are circulating. It was extremely hard giving them an actual wedding like the rest of us get.

Well, it was more like the biggest potential disaster. We did a wedding in Istanbul. It was a five-day celebration, but 24 hours before the wedding we found out that the largest hailstorm in recent history was sweeping through Europe and headed straight for the Bosporus. We had an open-air platform, for 400 people, outside. It was frightening. But as I always say: I’m a diplomat, a psychologist, a weatherman, and a fireman.

What did you do?

We moved the wedding ceremony up by two hours to get ahead of the storm. In 24 hours, we built a backup dining room inside the palace, just in case. We hired a group of fishermen who had friends on all the container ships telling us in real time how quickly the storm was moving. We said, “Give us a 20-minute warning.” I cued the groom, he gave his toast, thanked the family, the fireworks went off, and we invited everybody inside. Nobody knew the difference.

Do you prefer to plan enormous bashes or intimate dinner parties?

How about the craziest theme you’ve ever done?

I’ve done a few, but recently some clients were celebrating their 25th wedding anniversary, and they’ve moved over 20 times in their relationship, so the theme was a moving party. We used corrugated moving boxes. We upholstered all the furniture in bubble wrap. The linens were moving blankets. When they first came to us, we were like, “This is kinda crazy.” But on the other hand, it was genius.

When it comes to home entertaining or throwing a large bash, what’s the most important thing a host should keep in mind?

Planning. That’s what we do. I highly believe that if you plan it to the millisecond, then when the cake tips over, or something doesn’t arrive, or guests get sick, you’re prepared.

What about spontaneity and embracing imperfections?

My mantra is that I work for perfect people who live perfect lives, [but then I have to] reaffirm that life is not perfect. There’s no question that the imperfections are sometimes the most delightful things that happen. That Istanbul wedding was a spectacular fairy tale, partially because there was a tension created by the chaos that made it even more exciting.

What’s the one thing people waste money on when entertaining?

I’ll take a sparkling Burgundy over champagne any day.

I love it. I often say that in the wedding business, people waste their money on tradition. For a champagne toast, if you have 250 people at $25 a glass, do the math. That’s crazy. Let’s put that money into something that’s actually going to make an impact.

How about flowers? How important are they?

I think flowers are critically important. I think it’s a psychological connection to something that’s beautiful and living.

Okay, how about the food?

I don’t suggest investing a super amount of time and money into food. Even the best caterers and hotels in the world are hard-pressed to push out Michelin-star-level food at banquet events.

Yea, with this caveat: As long as your friends respect your wishes. If they do, they’re going to give 150 percent, right? They’re going to go all out. And that’s what a costume party is all about. You can’t go halfway. You don’t go to someplace like Party City.

So no half-assing it?

Exactly. We have a beautiful masquerade wedding in the book, and what was so amazing about it was people brought the most extraordinarily beautiful masks and each one was different. It was incredible, and it showed respect to the bride and groom. Like, okay, this is a crazy idea, but I’m all in, and I’m going to show you how excited I am to be part of this.

Do you think of Bostonians as conservative or unimaginative?

I’m often amused when people say that. Perhaps the Bostonians who are descendants of the Mayflower are perceived as being conservative, but I’ve worked with lots of them, and they’re amazing people. Their birthday celebrations were anything but conventional. And the fact is that my clients in Boston spend more money than my clients in New York and love innovation, fun, and spectacle. They just don’t want it to be tacky.

The average bride can’t necessarily use Rafanelli Events for her wedding because of the cost. What advice would you give her?

The secret sauce is for the execution and service to be as extraordinary as or maybe even better than all the creative, over-the-top touches you come up with. My advice is to create an honest plan: This is how much I want to invest, this is how much time I want it to take in my life. Then follow the plan.

Oh, man, I wish I had an answer for that. I struggle with it, because Provincetown used to be a place that I came to anonymously. That was where I came for long walks on the beach with my dog, but unfortunately, I’ve invited a few too many presidential candidates there. At this stage in my life I go to amazing places, usually for business, and then maybe I’ll attach a couple of days onto it. But these are my earning years.

Name six people from history or fiction whom you would love to invite to a party.

I would immediately think of Oprah. I would also want President Obama at the table, along with Doris Kearns Goodwin, so she could really get the conversation going. I certainly would love Shakespeare, although it might spook the other guests. Meryl Streep. How many is that? Five?

I recently did a dear friend’s 75th birthday. I studied Fitzgerald, because the theme was The Great Gatsby, so I guess you’re right. Can I have seven?

Best party you ever went to?

Elton John’s AIDS Foundation event in London. It had a sort of Russian Cossack theme, with hot-air balloons. He’d sprayed his entire lawn with fake snow, and there was an ice-skating rink, and these spectacular waiters were all dressed in fur hats and beautiful velvet jackets. The entertainment was Donna Summer, Barry Manilow, and a third performer I’m forgetting. It was crazy.

When was the last time you just kicked back and threw a backyard barbecue with hot dogs and hamburgers?

Two weekends ago, on the Cape. I want to be clear: I like down-and-dirty entertaining in the summer. I don’t do fancy. I don’t want any part of it. For something like that, I love to keep it simple so I don’t have to think about it.

Do you ever get sick of galas?

Not really. They’re part of my DNA. Most men hate putting on a tuxedo. I love it. I don’t love poorly managed galas, or ones that don’t have a good story to tell. I want to be brought to the table and be told what they do and why they do it in 30 seconds or less, and I want to be delighted by something and then go home.

Rudest thing you’ve ever seen someone do at a party?

The first thing that comes to mind is to leave. I was recently at this amazing event, sitting at the second-most-important table in the room, and one of the couples was so upset they weren’t at the most important table that they left. It was completely disrespectful.

At a wedding, each pair of guests received a Venetian glass slipper in a velvet box. They were extraordinary.

Is there a wedding trend that you’re just sick of or you find too tacky or clichéd?

Photo walls. If you design a beautiful wedding, you don’t need a photo wall. Your wedding is the backdrop.

Back when you were starting out, if someone had told you that you would write a book about entertaining published by Rizzoli, what would you have said?

Well, I probably would’ve said, “What’s Rizzoli?” And then I wouldn’t have believed you.