The Trump administration removed the former Brigham and Women's doctor. 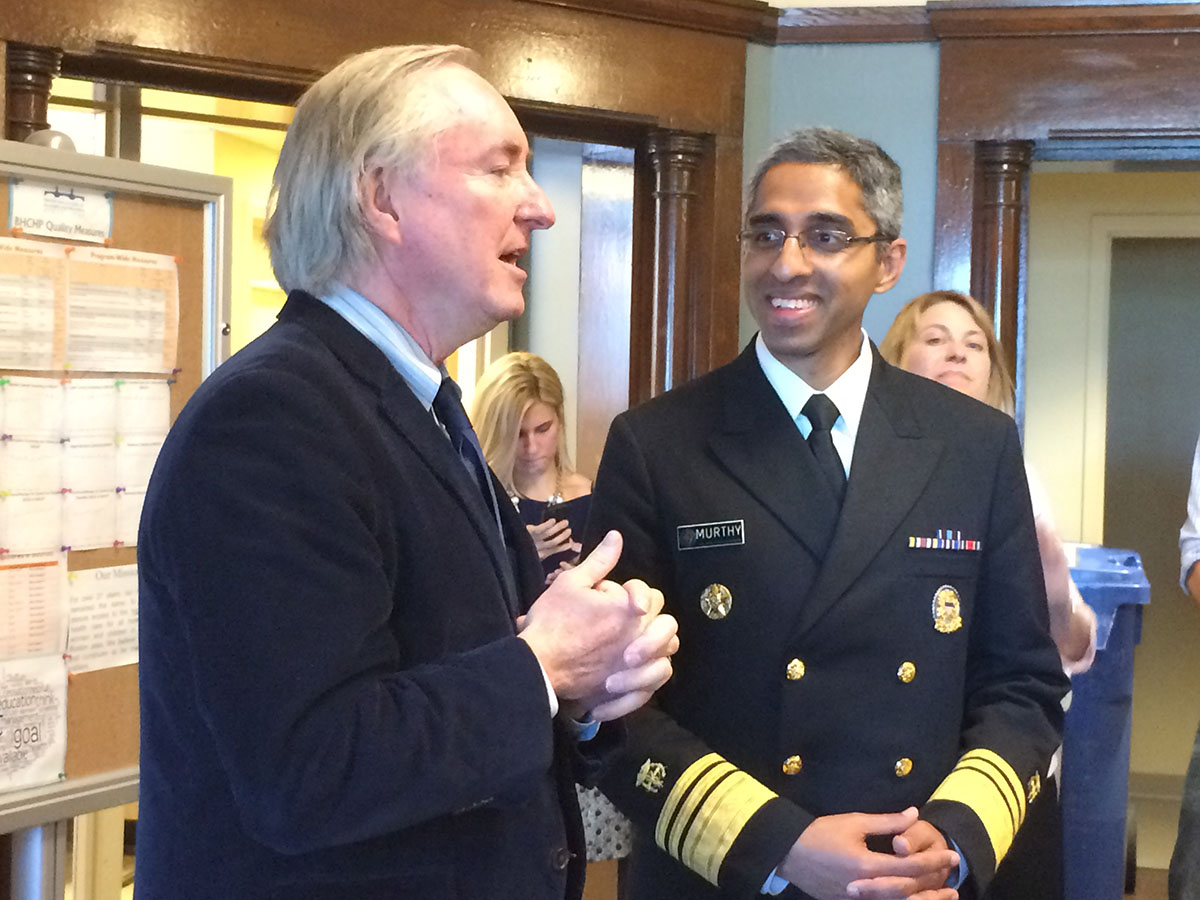 Vivek Murthy has been removed from his surgeon general post, nearly two years shy of the end of his four-year term.

“Dr. Murthy…was asked to resign from his duties as Surgeon General after assisting in a smooth transition into the new Trump Administration,” a Department of Health and Human Services spokeswoman announced in a statement Friday. “Dr. Murthy has been relieved of his duties as Surgeon General and will continue to serve as a member of the Commissioned Corps. Secretary [Tom] Price thanks him for his dedicated service to the nation.”

Murthy, formerly of Brigham and Women’s Hospital and Harvard Medical School, explained on social media that he did not acquiesce when asked to step down.

I have been deeply touched by all your kind messages. Many asked why I chose not to resign when asked. My answer: https://t.co/HMKMBRLuYv pic.twitter.com/PnoyuLJpfS

For the time being, Murthy has been replaced by his deputy, Rear Adm. Sylvia Trent-Adams. The Trump administration must now nominate a permanent replacement, who must be confirmed by the Senate.

Murthy, the first Indian-American to serve as “the nation’s doctor,” was a somewhat controversial figure, even when he was nominated by President Obama. He was narrowly approved by the Senate, largely because of his views on gun control. (He has long called gun violence a public health issue.) He was also criticized for his previous political activism, including vocal and public support for Obama ahead of the 2008 election.

Before explaining his refusal to step down, Murthy took to social media to offer his heartfelt thanks to the American public.

Thank you America for the privilege of a lifetime. I have been humbled and honored to serve as your #SurgeonGeneral. https://t.co/i15l9efWUb