Used syringes are popping up across the city, causing a public health risk in places like Gertrude Howes Playground. 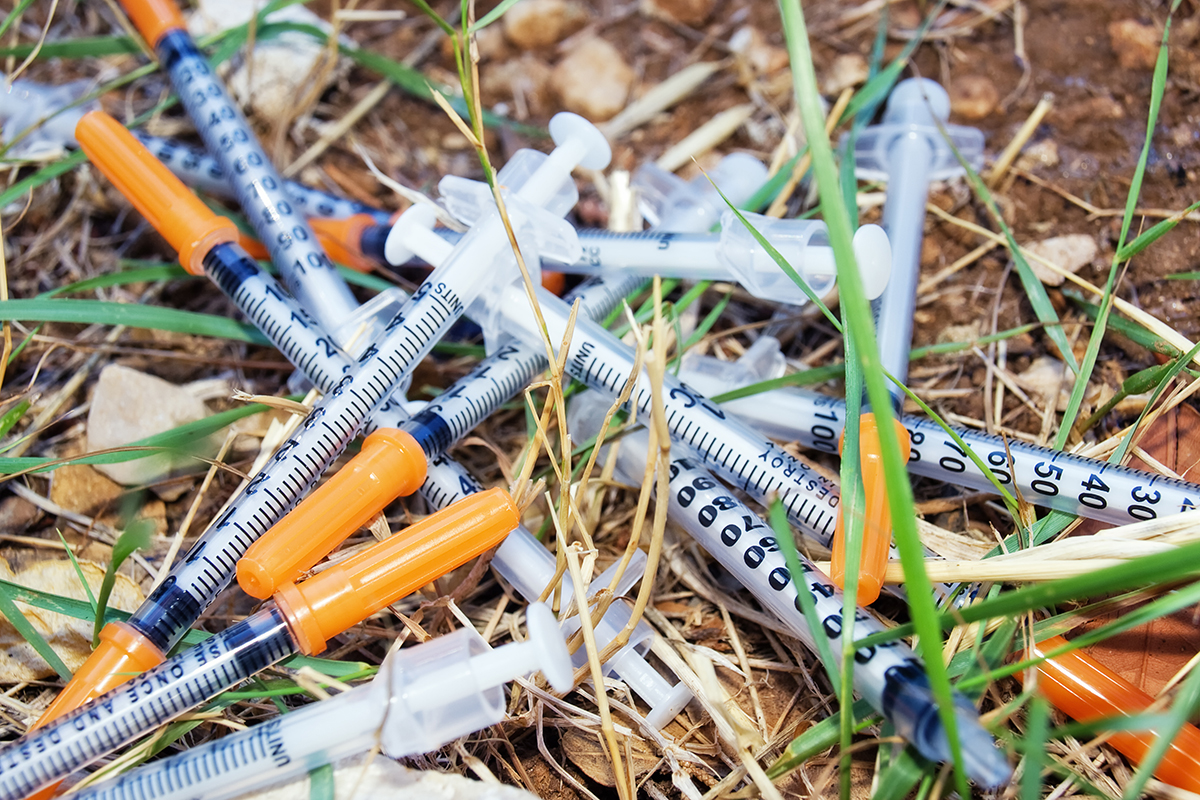 Playgrounds are sites of chalk drawings and tire swings; of kickball games and cookouts; and, increasingly across Boston’s neighborhoods, of used hypodermic needles.

An analysis by Emerson College students and the Boston Herald found a 60 percent spike in the number of sharp objects picked up by heath officials since October 2016. Non-emergency calls about needle pollution popped up in practically every corner of the city, particularly in Roxbury and the South End. One particular park, Gertrude Howes Playground in Roxbury, requires daily visits from city officials.

The trend isn’t on a downward trajectory, either: The Herald discovered that complaints of dirty needles are becoming louder, with September accounting for 8 percent of all calls made during a 30-month period. Last month, Boston officials collected 63,744 used needles, and the number of city personnel charged with mining them had to double in July just to keep up with demand.

The excess needles are another symptom of a city and country in the throes of the opioid epidemic. According to the most recent statistics released by the state Department of Public Health (DPH) in August, opioid-related overdose deaths in Boston increased by nearly 189 percent between 2012 and 2017.

In March, DPH requested additional federal dollars to add to the state’s 14 needle exchange sites. Instances of hepatitis C tripled between 2010 and 2015, according to data released by the Centers for Disease Control (CDC) in May, and the exchanges aim to curb illness by allowing drug users to swap used needles for clean ones.

Syringe pollution creates serious health risks for members of the public due to the potential transfer of bloodborne infectious diseases. The CDC recommends anyone who is stuck with a needle wash the area, report the incident, and immediately seek medical treatment.