Eight Healthy Stuffing Recipes to Bring to Your Thanksgiving Dinner

From low-carb to vegan, one of these stuffing recipes are sure to be a knockout at your holiday feast. 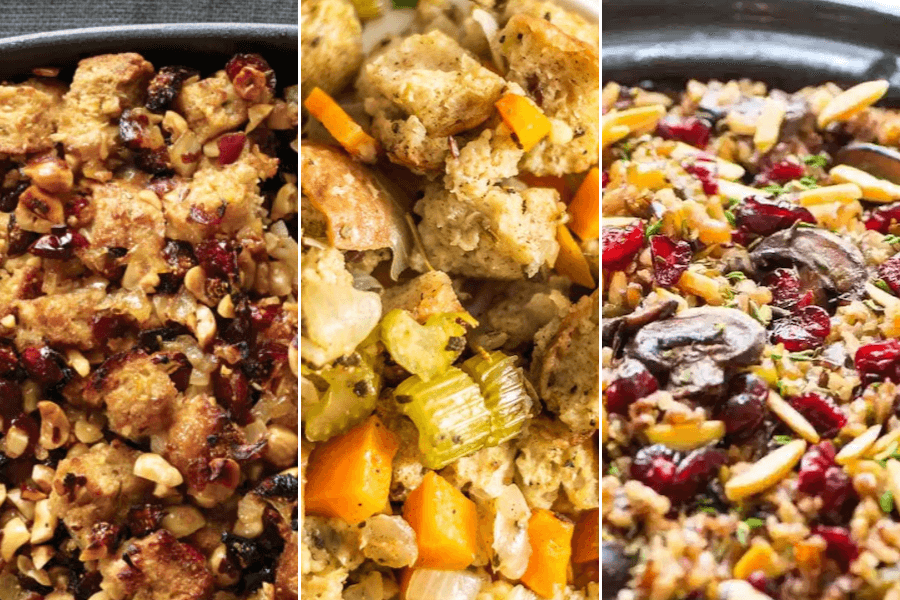 It’s no secret people are passionate about their favorite Thanksgiving food. Not that we’re taking sides, but we’re pretty sure stuffing is at the top of everyone’s list. Have you ever met someone who didn’t like stuffing?

Whether you prefer it salty or sweet, with or without meat, there are no limits to what you can do with this comforting side dish. This year, impress your family by making one of these stuffing recipes. We’d also suggest shopping local for your ingredients at one of these Boston-area shops. 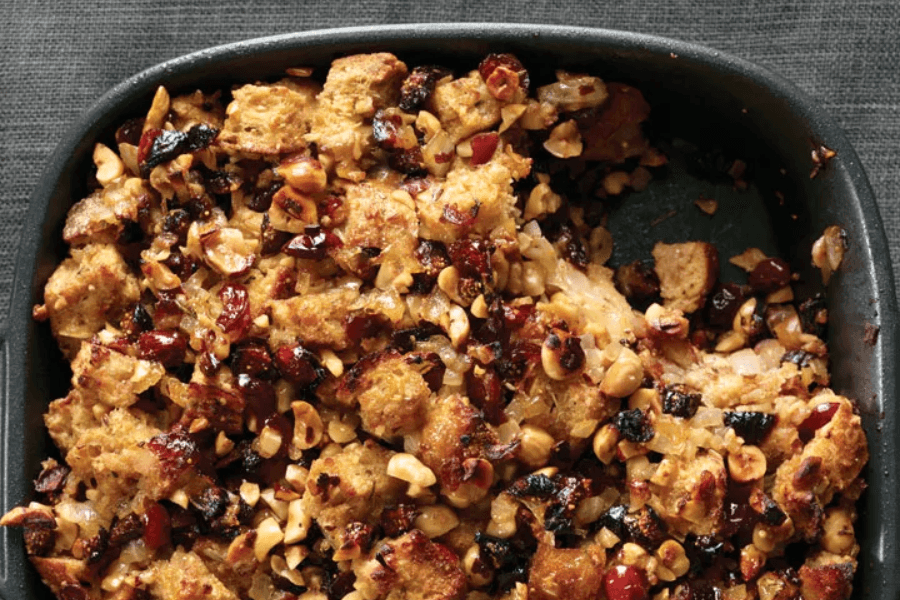 This sweet stuffing uses dried figs and cranberries, while hazelnuts give it a nutty crunch. When prepping to make the stuffing, allow time for the bread cubes to dry overnight. But if you don’t have time, you can also toast them in the oven. 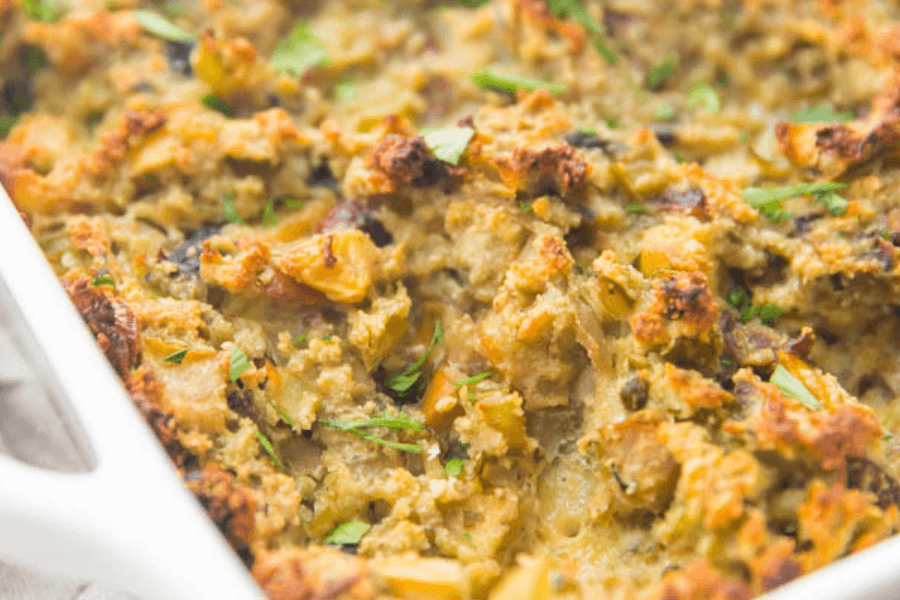 The key ingredients in this stuffing are the almond flour and eggs. When cooked, they give it that bread-like texture. This stuffing also incorporates a variety of vegetables and fruits, such as mushrooms, celery, and apples. 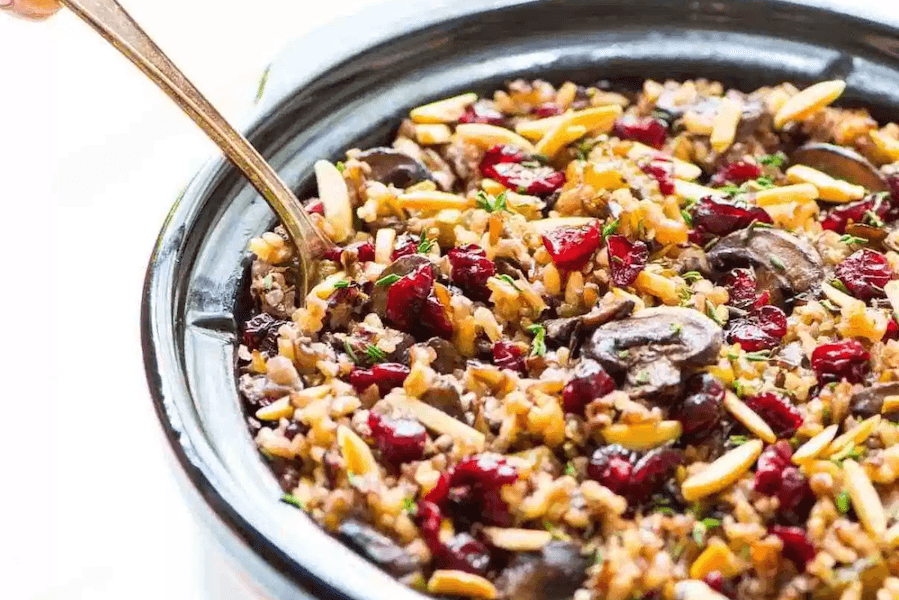 3. Crockpot Stuffing with Wild Rice, Cranberries, and Almonds
via Well-Plated

If you’re hosting this year, this recipe is a great option because the slow cooker does the work for you. You can also make the onion, mushrooms, and celery component of this stuffing up to two days in advance and just add them to the slow cooker when you’re ready to make the stuffing. 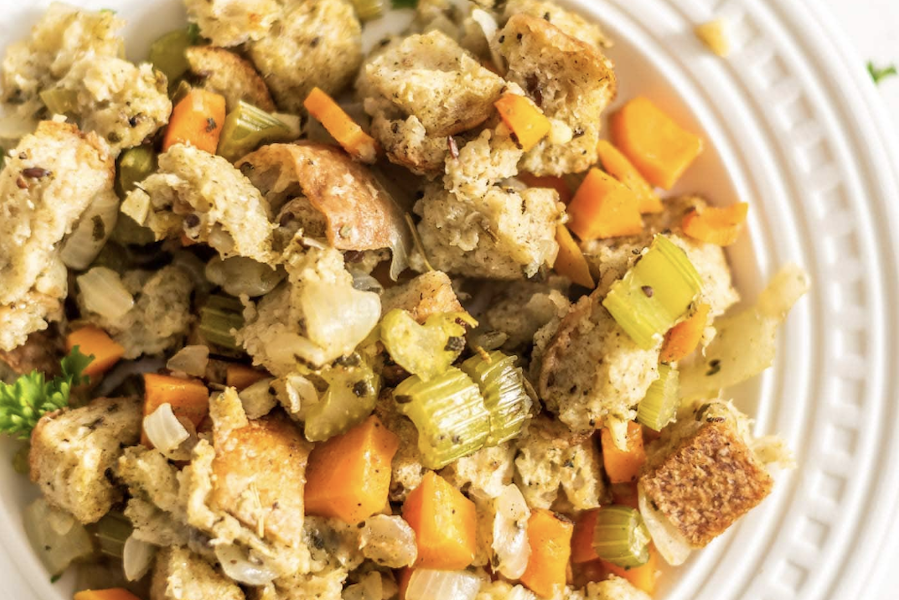 Photo via Running on Real Food

Use a bread of your choice and vegetable broth to make this easy, vegan stuffing. If you like some sweetness in your stuffing, you can also add a sprinkle of dried cranberries or raisins. The stuffing can be stored up to four days in the refrigerator. 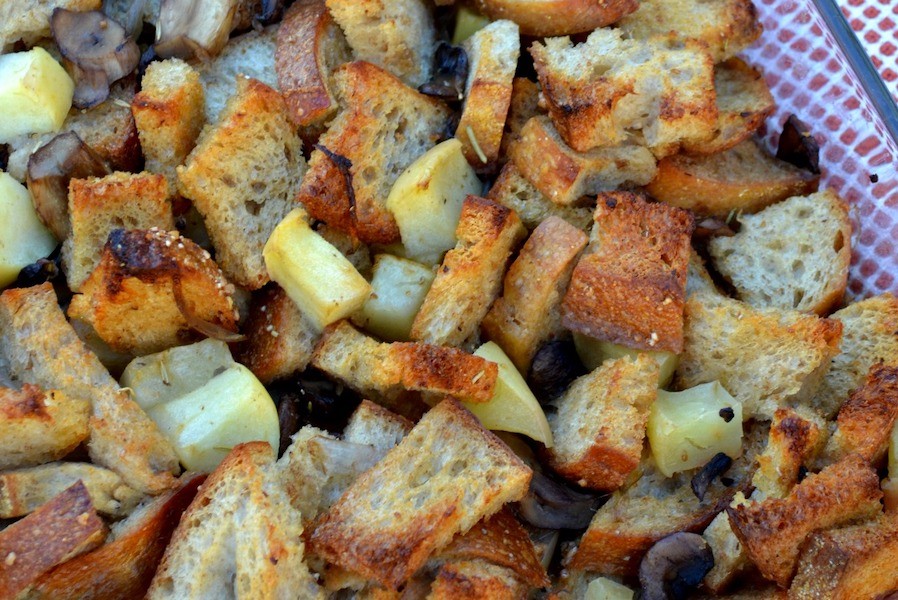 This easy stuffing recipe comes together in only about 45 minutes, including prep. When cooking the mushrooms for the stuffing, be sure to cook them long enough so that the majority of the liquid is released. Otherwise the stuffing will be soggy. 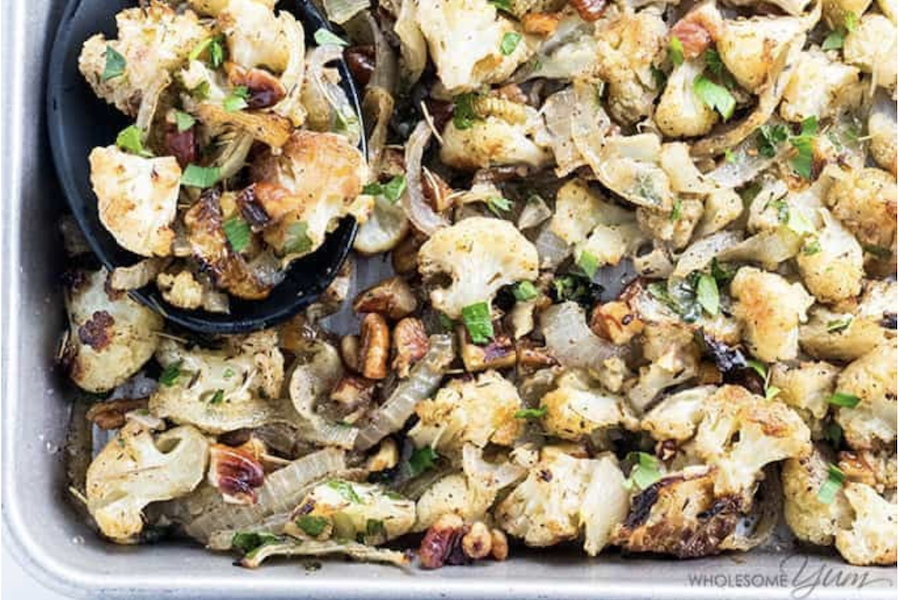 This low-carb, gluten-free stuffing is made like traditional stuffing, but with cauliflower instead of bread. This stuffing is intended to be served alongside the turkey, however you can stuff the turkey with it if you want to. Just be aware that the longer the cauliflower cooks, the softer it gets. 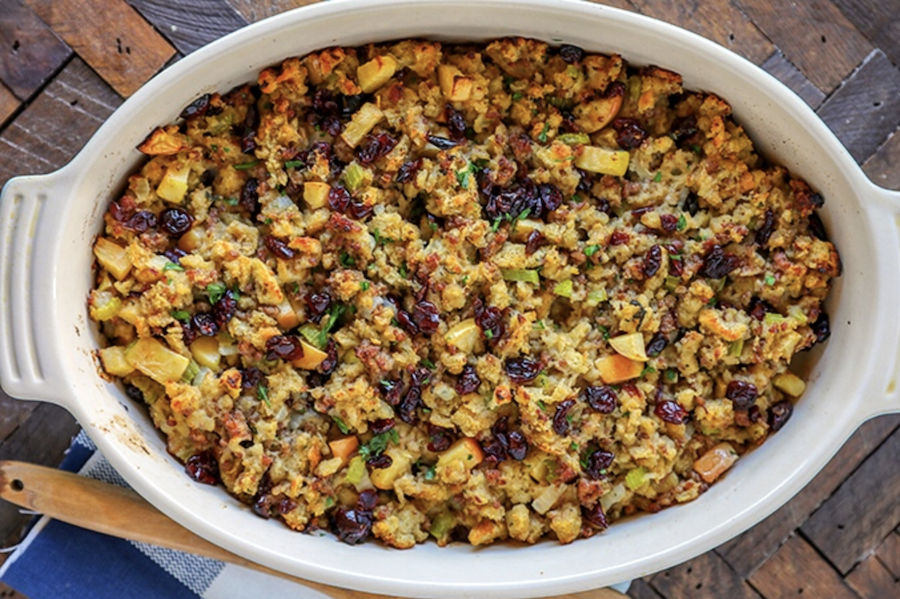 Sausage adds a smoky kick to this stuffing. Sage, rosemary, and parsley are essential to the flavor of this recipe. If desired, sprinkle some additional fresh herbs on top of the stuffing once it’s done. 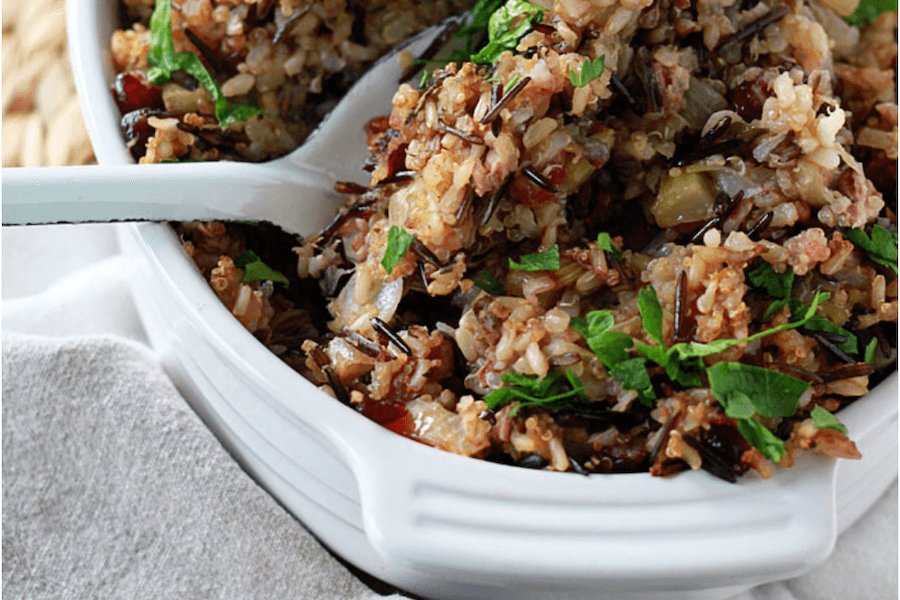 This quinoa and rice-based stuffing provides an extra dose of protein and is a great option for vegetarians. You can also try adding chickpeas or lentils to give it even more protein and fiber.