We’re All Grieving Right Now, and It’s Okay To Show It

Reverend Liz Walker, senior pastor at Roxbury Presbyterian Church and a former local news anchor, on the things we all carry more than a year into the pandemic. As told to Brittany Jasnoff. 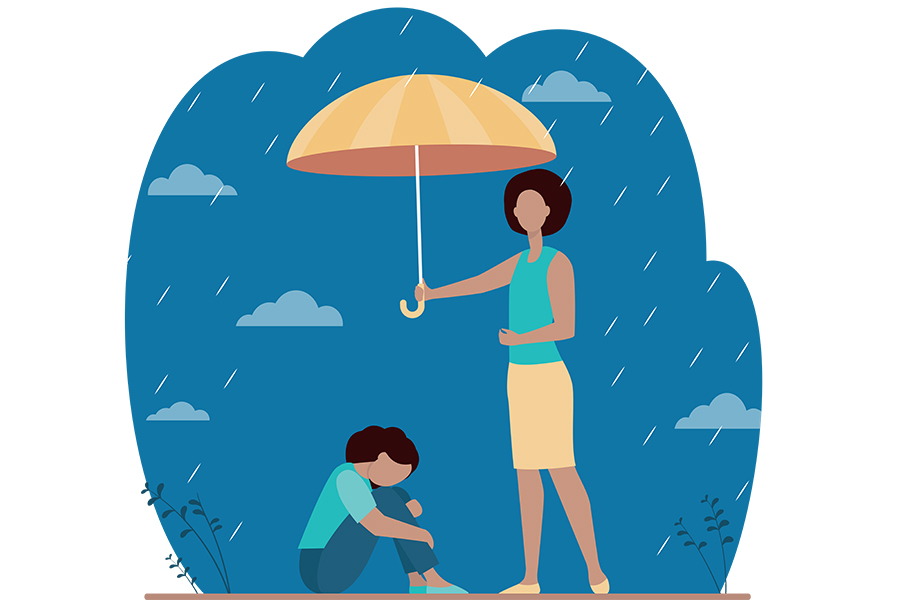 It was one of those cold, gray mornings during the early days of COVID when I don’t think any of us understood what was going on, except it was scary and I was feeling pretty down. I was going to a drive-in Starbucks, or maybe it was a Dunkin’ Donuts—I don’t remember—and the young woman at the drive-in window looked like she had been waiting for me. She had blond hair that was pulled back off her face, which at that moment was taken over by this huge, dazzling smile. She practically sang good morning. It was the nicest greeting I had heard in months, maybe years. The energy and lift in her voice felt like a warm, heartfelt bear hug. And I just broke down crying. I realized that somehow, her positive energy had touched me really deeply, and touched me in a place of pain. So I apologized to her and I laughed. But I think that was my way of dealing with my own grief.

I admit this only because we’re all going through emotional turmoil in some way, but nobody wants to talk about it, because They’ll think I’m crazy, right? The truth is, I think we’re all grieving right now.

Through the Cory Johnson Program for Post-Traumatic Healing at my church—it’s named for a kid who was murdered—I see grief, traumatic grief, weekly in our community. When violence hits, it’s not the same as the natural death of a grandmother or uncle. We try to help people process something that’s almost impossible to process. The grief that we’re all going through now during the pandemic is quite similar because we don’t have any precedent for it. There are no rules. It’s a new kind of grief, the loss of so much at one time. The loss of life, the loss of a sense of security. The loss of being able to have ritual around death.

I would predict we’re going to be addressing mental health issues for a long time to come, because people have had no way to deal with this. We’re all just kind of faking our way through it.

Add to that the murder of a Black man on television, add to that the insurrection on television—real-time, shocking events—and I would predict that we’re going to be addressing mental health issues for a long time to come, because people have had no way to deal with this. I think we’re all just kind of faking our way through it.

What we have learned in our work at the church is that if you don’t have a way to express and deal with some of the pain that goes deeper inside, it festers. And I think grief needs air and it needs light. Wounds need air and light. Untreated grief can even lead to physical problems such as high blood pressure and heart disease. I think we should be talking to our children, I think we should be talking in the community as best we can, at churches and synagogues—wherever people normally gather, we should be discussing the pain we’re all feeling. Because none of us is alone in this.

People too often think that vulnerability is weakness. We’ve heard that from political leaders and other public figures, and that’s not true at all. So we really need to give ourselves permission to not be afraid and to let ourselves be vulnerable. It takes a great deal of courage. —As told to Brittany Jasnoff

Read more about how to manage post-pandemic anxiety