Your Blackberry Isn’t Dead (Yet) 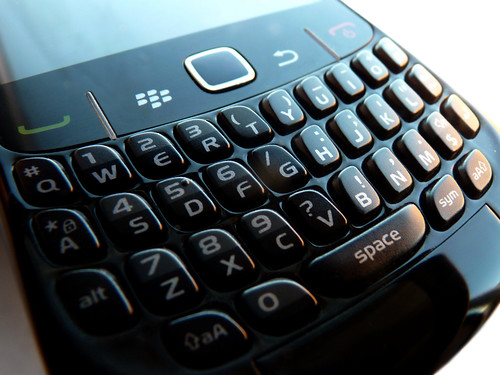 Research in Motion Lmtd. (RIM), the creator of the BlackBerry, has been making headlines with its plummet from its former place of preeminence in the smartphone market. Once the reigning king of cell phonemobile device stores nationwide, the one-app wonder that captured our hearts (and souls) with the BlackBerry Messenger app has been edged out by competitors Apple and Android. The firm’s share of the U.S. smartphone market has plunged from 43 percent two years ago to just over 12 percent, according to reports from market research firm ComScore Inc.

Last month, RIM announced that it had brought in analysts from J.P. Morgan Securities and RBC Capital Markets to review their financial performance and develop “strategic business model alternatives.” As speculation continues to grow regarding the fate — and possible demise — of the BlackBerry, we spoke with Venkat N. Venkatraman, the David J. McGrath Jr. Professora professor in the information systems department at Boston University’s School of Management.

His take? There may still be some battery life left in your BlackBerry:

1. It’s not the first time speculators have (incorrectly) labeled a struggling tech company as a sinking ship.

“It would be foolish to predict the demise of any company,” Venkatraman said. “Apple and IBM have been famously declared dead by many pundits who now are wondering about their predictions.”

2. RIM hasn’t given up the good fight.

“The news that Thorsten Heins, President and CEO of RIM, is asking bankers to evaluate options for financial transformation indicates that he is either looking to sell the company or to orchestrate an ecosystem where RIM’s intellectual assets could receive fair valuation.”

3. There’s room for one more at the top of the smartphone pyramid.

“One can reasonably speculate that there will be three first-tier mobile operating systems [dominating the smartphone market]. Apple and Google are likely to be in the top tier for the near future. The question then is: Who will be the third? I believe that a credible third alternative could emerge with Microsoft-Nokia-RIM working together, not to cobble together a set of devices and applications for the short term, but to shape the roadmap of the mobile web in under-developed areas such as healthcare, energy, and education.”

4. The firm, and ultimately, BlackBerry, may yet still be able to pull itself up by its bootstraps.

“The smartphone marketplace is under a period of profound transformation driven by new software functionality — a software system based on touch — and a robust ecosystem of developers who design and develop applications for smartphones. RIM needs a strong ecosystem of developers, enterprises, and telecom operators to survive. It’s not a matter of raising more financial capital to transform the business model. It’s more serious and radical than that. It’s not too late, but it will be an uphill battle for them to [save the firm, and the BlackBerry] on their own.”

5. A buyout could keep the BlackBerry afloat, too.

“The brand name — despite recent setbacks — is still strong in many quarters,” Venkatraman said.

Definite interest exists among leading tech companies (including Microsoft, Samsung, and Sony) regarding the possibility of buying the company in whole or in part.

“There’s also some speculation that Facebook may be interested in RIM as it develops a mobile strategy. It may be a possible buyer, but given the recent volatility in its own stock, I do not expect that they will be in a hurry to pay a premium (as Google did for Motorola last month),” he said.

So the question remains: Should BlackBerry users be worried?

“The current users do not have much choice except to wait and see what might happen to the services. The main lesson here is that past success is no guarantee for future success. This applies to small companies as well as bigger companies. The industry shifted from single-app to multi-app architecture. Apple shifted from single-app (music) to multi-app (600, 000 apps). RIM could not transform itself from single-app to the multi-app world. Companies (including RIM) should scan farther and wider than ever before as we shift from the familiar world of telecoms to the newer age of a digitally connected global market.”