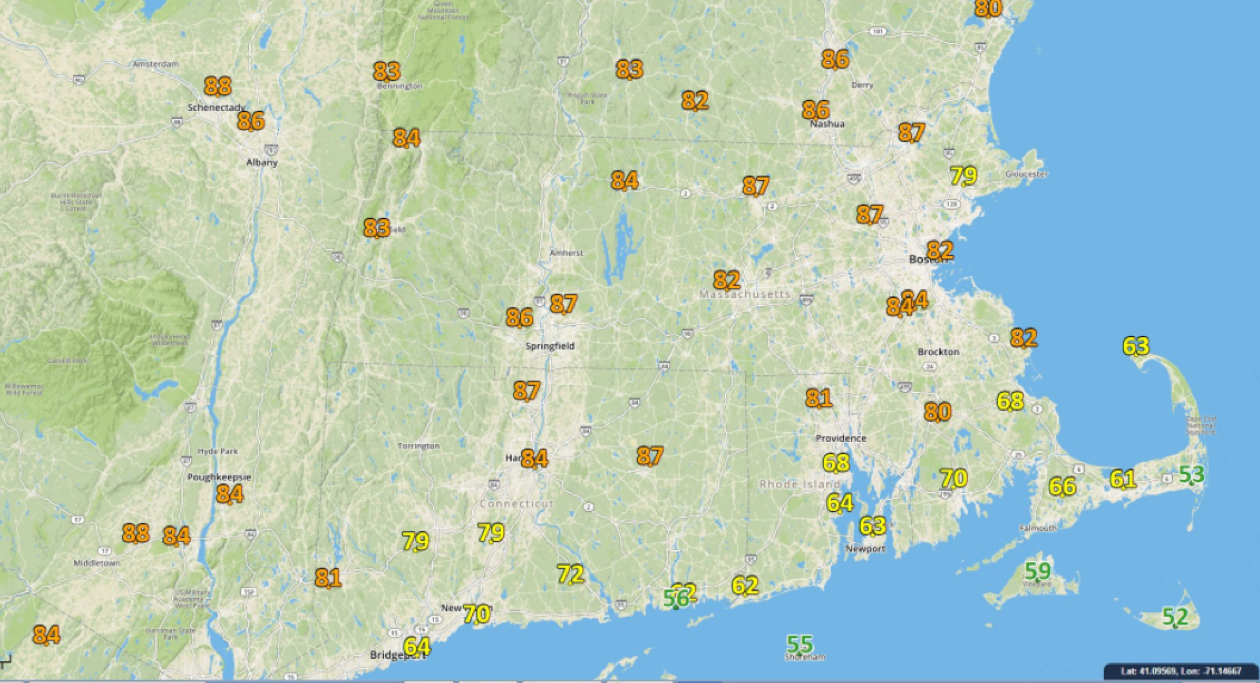 That beautiful warm weather you’re feeling today isn’t only a taste of summer. It’s one for the record books.

According to the National Weather Service, the 84 degree temperature recorded this afternoon shattered the previous high of 78 degrees, which was set in 1955.

We have the combination of a high pressure system in the mid-Atlantic and warm wind blowing from the Southwest to thank for all that warmth, says Kim Buttrick, a NWS meteorologist. “It just continued to pump warm air across Southern New England,” she says.

Worcester also set a new record today when the temperature climbed to 81 degrees, besting the previous high of 80 set in 1945. In Connecticut, 80-degree temperatures broke the record high of 79 degrees from 1955.

Unfortunately for our neighbors on the Cape and Islands, temperatures there are significantly lower due to winds traveling across the much-cooler ocean water, Buttrick says. In mid-afternoon, it was in the 60s in Barnstable, 54 degrees on Nantucket, and 59 on Martha’s Vineyard.

But for those of us in Boston today, it’s time to stop what you’re doing, get outside, soak up some rays on this record-busting afternoon. Enjoy it all while you can. Rain and thunderstorms are brewing for tomorrow.