A marker stands on Georges Island in Boston Harbor. 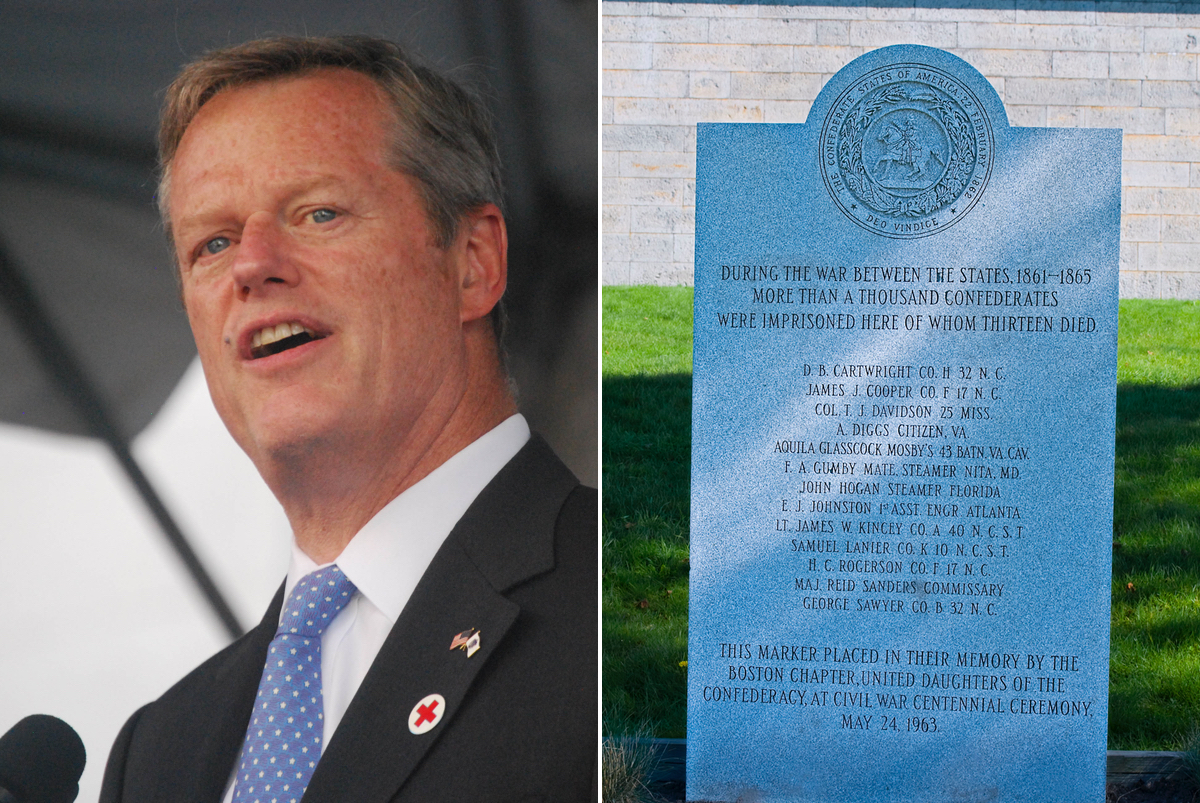 As states across the country grapple with the question of whether to remove their Confederate monuments, Gov. Charlie Baker indicated he would support ridding Massachusetts—a bastion of the antislavery movement—of its only such memorial.

A modest stone marker was placed on Georges Island in Boston Harbor by the local chapter of the United Daughters of the Confederacy in 1963. It commemorates the Confederate soldiers imprisoned in Fort Warren on the island during the Civil War, referred to on the marker as “the War Between the States.” Asked by WGBH’s Adam Reilly if the governor thinks it should remain, Baker’s office suggested he does not.

“Gov. Baker believes we should refrain from the display of symbols, especially in our public parks, that do not support liberty and equality for the people of Massachusetts,” spokesperson Lizzy Guyton said in a statement. “Since this monument is located on a National Historic Landmark, the governor supports [the state Department of Conservation and Recreation] working with the Massachusetts Historical Commission to explore relocation options.”

Actually removing or relocating the thing is complicated. The DCR, which said it has yet to receive a complaint over the marker, owns and operates Georges Island. But the federal government may have final say, as Fort Warren is a designated National Historic Landmark, overseen by the National Park Services. (And we all know how well-versed in American history this administration is.)

Baker caught heat in 2015 for comments he made defending Southern states’ decision to fly the Confederate flag, calling it a matter of “tradition.” The Swampscott Republican apologized later that same day, telling the Globe: “I take my job as governor of 100 percent of the Commonwealth of Massachusetts very seriously, and as I said, I’m sorry if I didn’t do a particularly good job representing that today.”