Update: The Lawn on D’s Swings Aren’t Broken and Are, in Fact, Fine 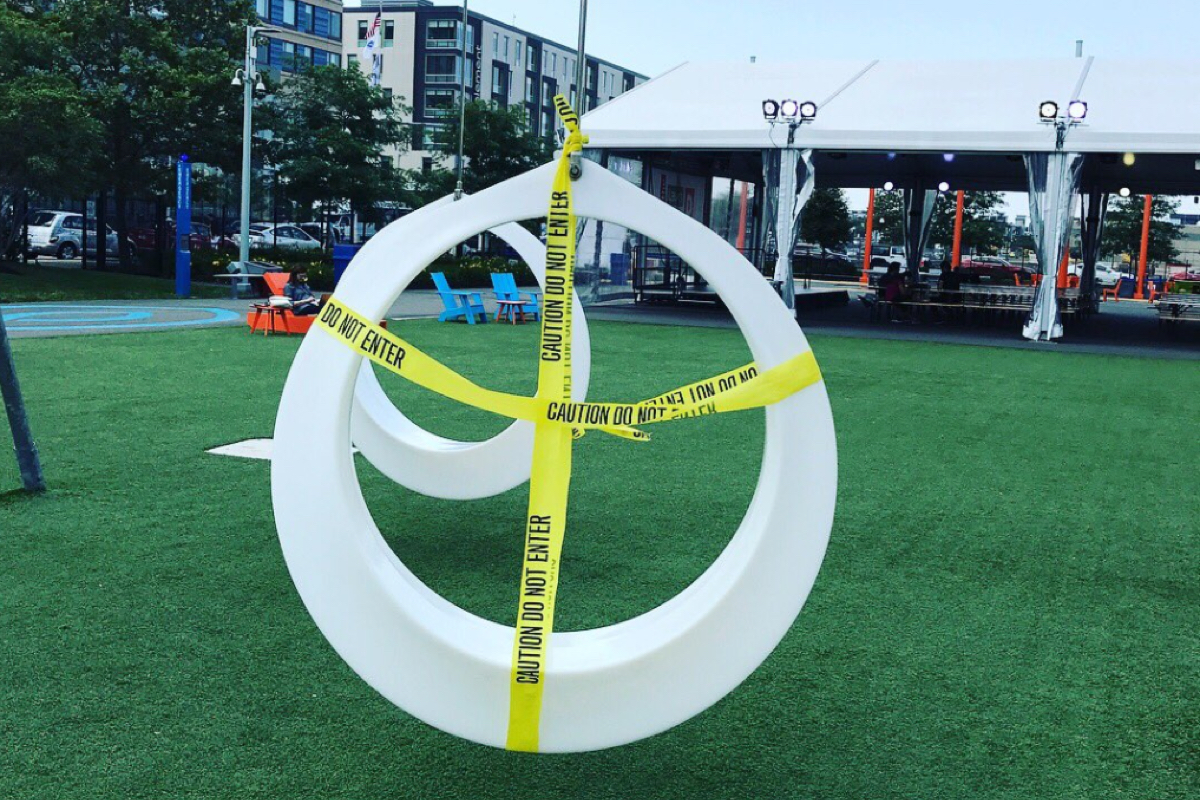 Photo via Twitter/Lawn on D

Update, 4:25 p.m.: False alarm. The swings are fine. It turns out the Lawn on D’s suggestion earlier in today that visitors were recklessly breaking the swings was false. At about 4 p.m. I received a call from Massachusetts Convention Center Authority spokesman Nate Little, who informed me that exactly one Lawn on D swing (the one pictured above) has been taken out of service for routine maintenance of a worn-out ball bearing. So the tweet posted this morning from the Lawn’s Twitter account about “a lot of broken swings lately” included some, shall we say, creative license. “The Lawn team might have been a little bit cheeky,” Little says, and “missed the mark a little bit.” I’ve told him that the tweet is, in fact, incorrect. I asked him to pass that message along. The tweet as of 4:25 p.m. was still there.

Earlier: This is why we can’t have nice swings.

You know those iconic oblong circular swings that everyone loves at the Lawn on D? Well, it turns out all that fun you’ve been having on those things has gotten a little extreme of late. So extreme, in fact, that the Massachusetts Convention Center Authority (which runs it) has begun pleading with users to be more responsible.

“We’ve had a lot of broken swings lately,” reads a tweet Wednesday from the Lawn on D’s official Twitter account, “and wanted to remind you of the rules. Please be respectful and considerate! #savetheswings”

The tweet includes a photo of a swing that has been criss-crossed with caution tape, and also of a sign explaining what is, and is not, acceptable behavior on the swings, which debuted in 2014, light up at night, and for the record are officially called “Swing Time.”

The sign says sitting in them is fine, as is rocking back and forth on the force of your own body weight. Not fine? Spinning, pushing, climbing, and “group swinging.”

We’ve asked officials for more details about the damage wrought by reckless swinging, but have not yet heard back.

We’ve had a lot of broken swings lately and wanted to remind you of the rules. Please be respectful and considerate! #savetheswings pic.twitter.com/5qSlhyZgON