An MBTA Commuter Rail Train Derailed on the Haverhill Line

One person was injured. 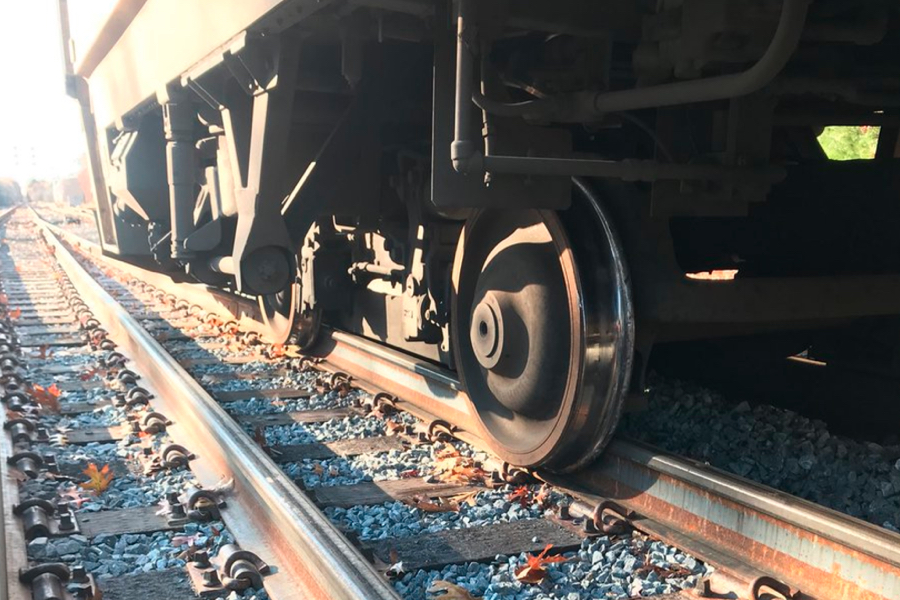 Update: Service resumed on the Haverhill Line in time for the evening commute on Monday, the T’s commuter rail operator Keolis says. “Tracks and switches in the area have been inspected, deemed safe and we resumed service at around 3:00 p.m.,” Keolis wrote in a statement.

The derailment was caused by a misaligned switch, officials say. Keolis General Manager Daniel Grabauskas said “human error” may have been to blame, the Boston Globe reports.

An investigation is underway to “understand the precise cause and prevent reoccurrence,” the statement says. The commuter rail reported significant delays on the Haverhill Line into the evening.

Earlier: The morning commute on the Haverhill Line came to an abrupt halt on Monday after a train derailment forced travelers to board buses, and prompted an investigation.

The two leading cars of the 7:35 a.m. train reportedly jumped the tracks near the Ballardvale stop in Andover at about 8:20 a.m., and the MBTA referred to the incident as a “slow speed, upright derailment.”

The T in a tweet warned commuters they should expect to “experience delays and busing,” adding that, “Individual trains will be sent as necessary.”

There were 400 passengers on board, at least one of whom sustained a minor injury but declined medical attention, according to the T. The Eagle Tribune reports a commuter received “a small gash near his left eye” when the train lurched and his head struck a window.

The incident is under investigation, commuter rail service provider Keolis said in a statement, adding that the results will be made public. and that “there is no reason to believe that foul play had a role in what occurred.”

“The MBTA and Keolis remain committed to providing safe rail service for all of its customers and employees,” the statement says.  “A complete investigation is now underway into the facts and circumstances of the situation.”

Riders who were on the train shared photos of a crowd of commuters awaiting transport via MBTA buses with a police escort.

The commuter rail announced at 10:24 that a train had left Reading, two stops south of Ballardvale, and was headed to pick up passengers on the way to North Station.

A report out this year found that the T had more derailments than any other transit system in the country.