The Jaguars Will Face the Patriots in the AFC Championship, and the Internet Cannot Believe It

Jacksonville, not Pittsburgh, will get to lose to New England on Sunday. 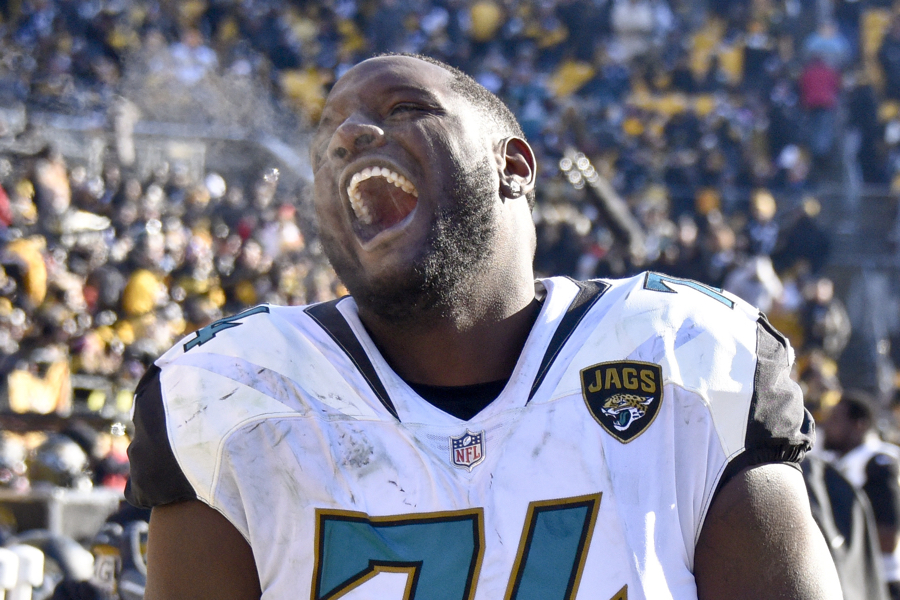 The Jaguars’ unlikely victory over the Steelers Sunday, which will keep Pittsburgh from facing the Patriots in the AFC Championship, was a sight to behold.

It was a great night for Jaguars’ fans, who overcame long odds, and an awful one for the Steelers. For those tuning in without any allegiances, it was simply surreal.

Now, the assumption, of course, is that the Patriots will crush the Jaguars like bugs on their way to the big game. “The Patriots know it. The Jaguars, God bless ’em, they know it, too,” writes the Globe‘s Dan Shaughnessy. “Everybody knows it.”

When you focus so much on the Patriots that you forget you have play the Jaguars before that. pic.twitter.com/WIkkcEIshQ

So fans of the Super Bowl-dominant Patriots are predictably taking the opportunity to taunt both teams.

The Jaguars locker room after beating the Steelers to play for the AFC championship against the Patriots pic.twitter.com/8SYsrkQres

#Steelers like…”Patriots can’t beat us if we lose to Jaguars.” pic.twitter.com/8HwJoUF0fa

Congrats Jaguars! You get the honor of losing to the Patriots!

But the gnarliest, most ruthless own was the work of none other than the Jags themselves. In response to Steelers safety Mike Mitchell’s comments before the game that his team could beat the Pats in “Hell,” “Haiti,” or “New England,” the team hit them with this:

You can play them on @EAMaddenNFL all offseason. #DTWD https://t.co/ykG44quI7d

Meanwhile, Steelers fan Snoop Dogg mourned, and offered once again to help the Pats celebrate when they win.

“Mr. Kraft, get at me about the Super Bowl after party like we always do,” a dejected Snoop said into a camera. “If these motherfuckers can’t get it done, I guess I’ll go get that money from the Patriots again.”

Snoop is right. All that talent and they can’t get it done. #Steelers pic.twitter.com/aZXDSwRQ7P

It was overall a good weekend for sports-related memes, as shown in this tasty collection of weirdness from the similarly incredible Saints/Vikings game.

The absolute BEST meme I have ever seen @WCCO #SKOL pic.twitter.com/hc48sHES6f

Checking in on the front pages after that WILD NFL SUNDAY: pic.twitter.com/m3Biy2dGL3

Further from Foxborough the situation for Sunday’s game is seen as as way less of a sure bet. There is even, if you can believe it, a contingent out there who believe the Pats/Jaguars matchup is bad for New England.

People acting like the Patriots are happy about this are nuts. Jaguars would be a big, big problem for New England.

Still, there are some daunting statistics laid out for the Jaguars.

Stat from last week that’s still relevant: Patriots are now 14-0 in the playoffs under Brady/Belichick when facing a team they didn’t play in the regular season. Pats and Jaguars haven’t played since 2015.

According to @bookmaker_eu, Patriots are 10-1 in their history against Jacksonville. The Jaguars have never won at Foxboro (0-7). The last six meetings between these teams at New England have ended in double-digit Patriots wins with an average margin of victory of 21.0 points.

Should the Patriots be worried about the Jaguars and Blake Bortles? We’ll see next Sunday, but in the meantime, we’ll let Bryan Cranston take this one.