Why the Celtics’ Buzzer-Beater against the Thunder Was a Mistake 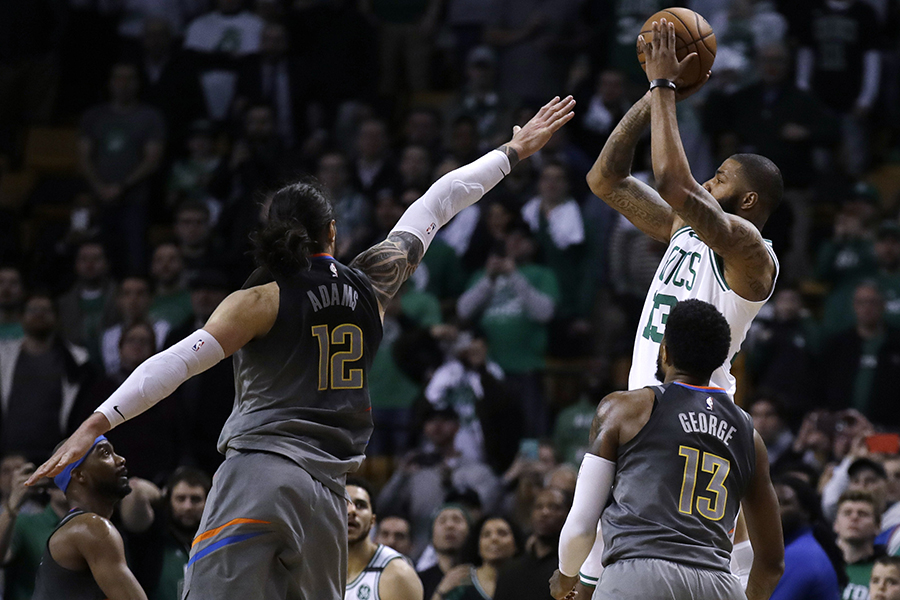 With less than 7 seconds left in Tuesday night’s Celtics-Thunder game, the rookie had the ball in his hand. He drove into the paint only to send out a pass to Celtics forward Marcus Morris, who drained a game-winning 3-pointer to end the contest.

But that’s not what was supposed to happen.

“We kind of messed the play up,” Tatum told the Boston Herald. “That was my fault, I was in the wrong spot. … Luckily [Morris] hit it so we didn’t have to go into overtime.”

Well you know what, Jayson? It’s okay. We forgive you. Keep your chin up, pal. And, hey, if your errant play execution results in another heart-stopping buzzer-beating victory for the Celtics, we won’t hold that against you either. In fact, we’ll go so far as to say if you happen to zone out during the next team meeting to come up with alternate schemes that get the Celtics closer to that sweet, sweet championship trophy, we won’t get upset.

Less than a week after Tatum’s own attempt to sink a game-winning 3-pointer bounced of the rim in a tragic, double-overtime loss to the Washington Wizards, the Celtics trailed the Thunder by six points with less than 30 seconds left. But as the ball sailed into Morris’s hands during the contest’s final moments, the forward knew exactly what to do.

“Hesitation? I don’t even know how to spell hesitation,” Morris told the Herald. “I have no hesitation. Never.”

And that lack of pause clearly paid off.

“We started off (the last) play with a couple of guys in the wrong spots, so it wasn’t perfectly executed,” coach Brad Stevens told the Herald. “But the end result was great.”

We agree. A buzzer-beater certainly falls into the “great” category.