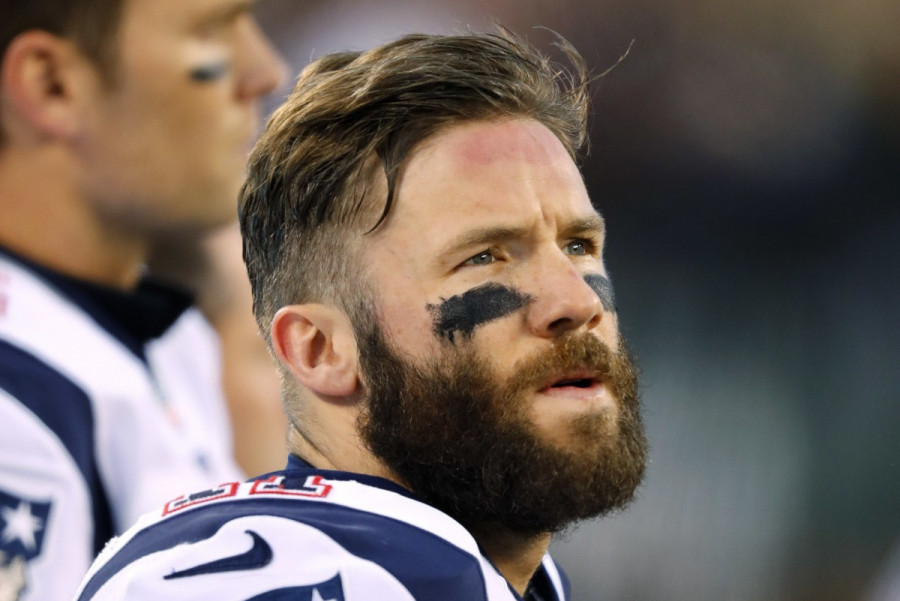 Julian Edelman may not be on the football field at the start of the season after all.

The wide receiver, who was sidelined all of last year with a torn ACL, faces a four-game suspension for violating the league’s performance-enhancing drug policy, ESPN reports. The punishment is under appeal, and Edelman will relinquish $470,588.20 if it is upheld, according to ESPN.

Since the Patriots selected Edelman in the seventh round of the 2009 draft, the former Kent State University athlete has nabbed 425 receptions for 4,540 yards. He is the Patriots’ all-time leader in post-season receptions and receiving yards.

As recently as Tuesday, things were trending positive for Edelman, whose knee recovery was far enough along that he took the field at minicamp in Foxboro. The wide receiver told reporters that being out for the 2017 season was difficult and that he was excited to start getting back in the swing of things.

“It was tough to watch it on the sidelines last year,” Edelman told boston.com. “To come out here and do little things, strap on the helmet, it put some perspective on how lucky you are to get to play the game.”

Edelman’s luck, it seems, is once again in jeopardy.

The first four games on the Pats’ schedule are against the Texans, Jaguars, Lions, and Dolphins.