This is the year to Beat LA. 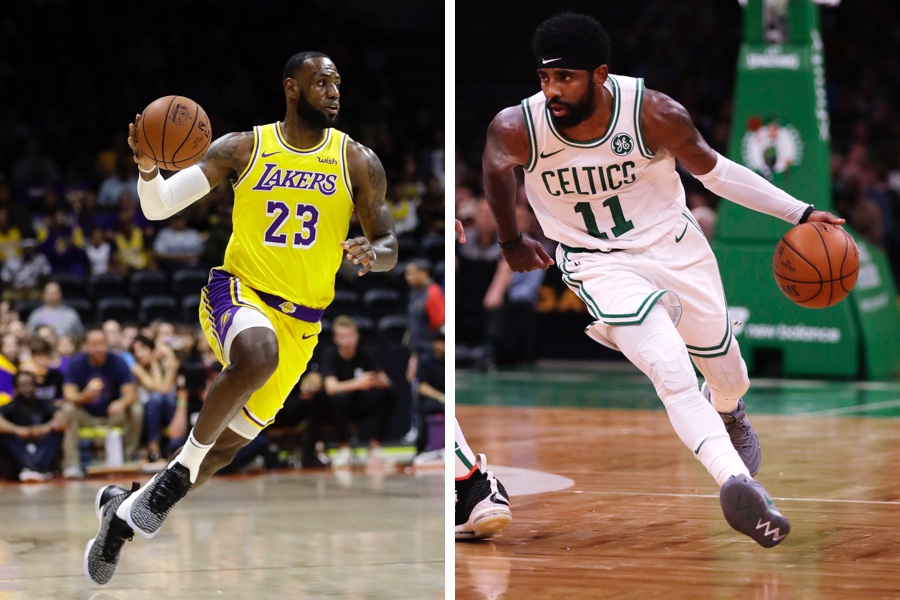 At 8:16 p.m. on July 1, it was announced that LeBron would be taking his talents to Los Angeles. And at 8:46 p.m., Boston Celtics Nation, one of the team’s biggest fan pages on Facebook, proclaimed that the Celtics/Lakers rivalry was back. They couldn’t be more right.

“It’s on. It’s on,” Celtics legend Paul Pierce told TMZ last month. “The rivalry is back. For sure. It’s official.” Ain’t that the Truth.

Let’s take a trip down memory lane. From the Chamberlain/Russell rivalry in the ’60s, to the Bird/Magic years in the ’80s, all the way through to the Kobe vs. the Big Three clashes of the past decade-plus, some of the most iconic moments in NBA history have been given to us by these two teams. 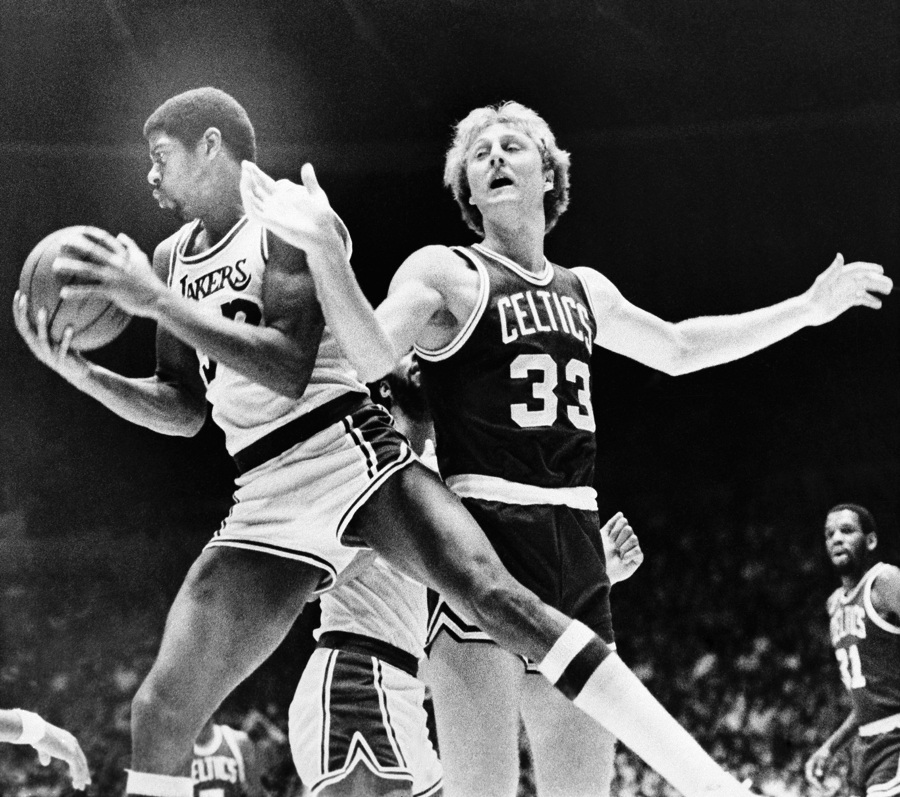 Los Angeles Lakers Earvin “Magic” Johnson (32) rips a rebound from the hands of Boston Celtics Larry Bird (33) during the first half, Dec. 28, 1979 in Los Angeles. It was the first time both former NCAA stars met in combat since last year’s NCAA Tournament. (AP Photo)

Consider the unusual origin story of “Beat LA,” a mantra that, according to Boston lore, dates back to the 1982 Eastern Conference Finals. With the 76ers on the cusp of knocking the Celtics and moving on to face the Lakers, the Garden broke into a spontaneous “Beat LA” chant— that’s right, in support of the 76ers. That’s how deep the anti-LA sentiment was, and it only took off from there. Kevin Garnett later iconized the phrase in 2011, when he released a special pair of shoes, with the same words etched across them, before he stepped onto court in a clash between the two teams.

There were plenty of other unforgettable moments along the way, like Magic’s crushing junior sky hook in ’87, or the infamous clotheslining of ’84. At the height of the Bird/Magic war of words, the trash talk didn’t stop even when Johnson was sidelined with a pulled hamstring.

So at this point, hating the Lakers is in Boston’s blood. Of course, seeing Rondo in purple and yellow brings it that much closer to home. And the addition of LeBron, who has time and again been one of the Celtics’ most formidable playoff opponents, makes it official.

The long-simmering anti-Lebron feelings in Boston are mutual: He once said he hates the C’s so much that, if “you put my mother on the floor, and if she were in a Boston Celtics uniform, I’d break her face.”

Now that’s what I’m talking about.

“You put my mother on the floor, and if she were in a Boston Celtics uniform, I’d break her face.” — LeBron James, in an interview with me six years ago.

The rival revival has been a long time coming. The past few years, the Celtics and Lakers have watched teams like the Cleveland Cavaliers, Golden State Warriors, and even the Houston Rockets leave them in their wake. The Lakers haven’t made it to the playoffs since 2013, and while the Celtics haven’t been as bad, they’ve often looked like misfits in the Conference Finals.

There is a lot to be excited about on the Celtics roster this season. A fit Kyrie Irving and Gordon Hayward, flanked by the explosive Jayson Tatum and Jaylen Brown, and with Marcus Smart and Al Horford on defense, is a tantalizing lineup. And Boston fans aren’t the only ones to notice: ESPN placed the Celtics second on their initial 2018-2019 Power Ranking (the Lakers ranked 9th).

Somehow over the last few years in this effort to just win games, the Celtics and Lakers forgot that they had to hate each other. But now the two most historically successful teams in the league (with 17, the C’s have more championships under their belt than anyone, while the Lakers come in second with 16), are relevant and competitive again.

So if you ask me, there are two games the Celtics have to win this year.

“When the new schedule would come out each year, I’d grab it and circle the Boston games. To me, it was The Two and the other 80,” Magic Johnson once said. Don’t be too surprised if LeBron has got February 7 and March 9 circled on his calendar.