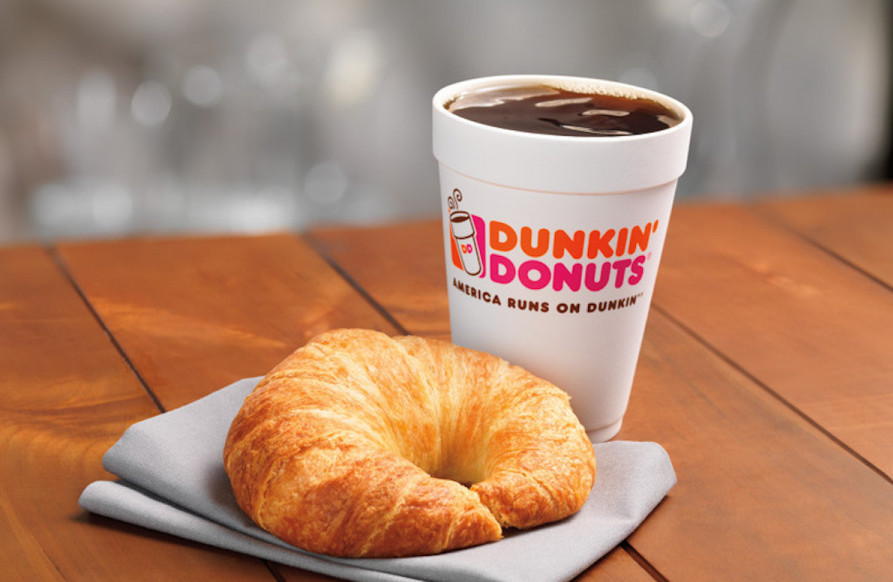 OK, OK. We’re all adults here. Clearly what Dunkin’ Donuts is promoting with its new ad campaign is a delightful twist on what has become the rallying cry of the Red Sox during this playoff run: #DoDamage.

It seems like everyone has been using, riffing on, and co-opting the slogan—including Marty Walsh, who urged fans not to “do damage” to the city in a public safety meeting before Game 1. Its crisp, to-the-point, very cool wording probably had something to do with the Sox’ decisive win in the battle for public opinion on Twitter. It’s just fun.

Earlier this week, though, Boston was introduced to a new, and maybe not perfectly phrased, version from the iconic Massachusetts-headquartered coffee chain and official sponsor of the Red Sox: “DOnut DAMAGE.”

Looks like someone could use a hot coffee #DOnutDAMAGE pic.twitter.com/M80L1bLC5Y

Over the past couple days, it’s appeared in hashtags on Dunkin’s social media, as well as on handheld signs in the brand’s trademark purple and orange that were passed out to fans at Fenway. And plenty have been quick to point out the obvious:

Dunkin’ Marketing: Let’s hand out signs at Fenway that say Do Damage but put NUT in the middle so it spells Donut Damage!

Every Fan At Fenway: Why Does That Say Do Nut Damage? pic.twitter.com/FZDUM1efM1

Currently thinking a lot about this sign that Dunkin’ Donuts passed out at Fenway last night.

“You sure this is what you want it to say, Carl?”
“Print them.” https://t.co/pLSJc2QaBN

This wasn’t the first time the sports media noticed something off in the promos during this particular World Series. When a reporter pointed out a, um, questionable ice cream configuration in a souvenir cup shaped like the Sox mascot, Wally himself had to step in: “Get your mind outta the gutter!” he tweeted.

But look, we’re just calling them like we see them.